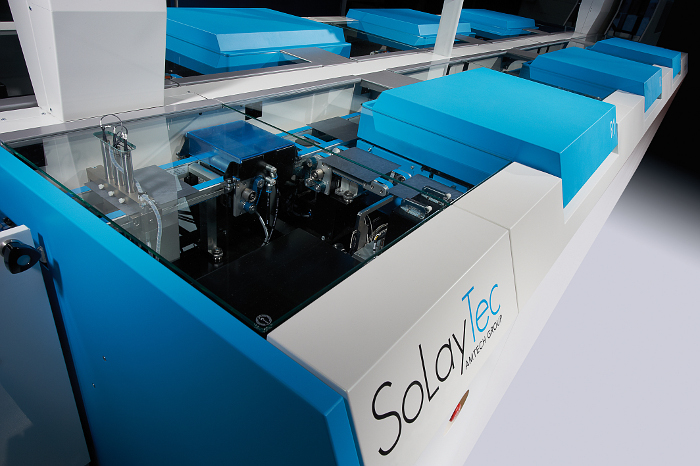 SoLayTec noted that four new customers have placed orders for its 'InPassion' ALD system, including a new customer based in Taiwan, with shipments expected to start in the current quarter of 2016. Customers of SoLayTec now reside in China, Japan, Europe and Taiwan.

Roger Görtzen, co-founder of SoLayTec and manager of marketing and sales said: “After several years of having InPassion ALD systems in mass production at multiple customers in China and Japan, SoLayTec is delighted to announce that in the last couple of weeks three orders were received.”

“These machines will be used for production of high efficient solar cell concepts, like p-type PERC, n-type IBC and bi-facial cells. In the past SoLayTec announced that spatial ALD results in a higher efficiency of about 0.2% for multi and mono PERC cells compared to PECVD AlOx. At one leading PV solar cell manufacturer we have measured for ALD Al2O3 a surface recombination velocity between 1- 5cm/sec compared to ≥ 30cm/sec on similar material for PECVD AlOx. This data confirms that the passivation quality of ALD Al2O3 is factor ≥ six [times] higher compared to PECVD AlOx. Recently, the c-Si wafer quality has been improved, and this results into better bulk material of the c-Si material. Consequently our customers request an excellent surface passivation which can be provided by ALD Al2O3 for their future cell concepts,” according to Görtzen.

Amtech had separately reported recently that it had secured approximately US$12 million in new solar orders in January, 2016 alone, comprised of orders for its ALD subsidiary, SoLayTec, PECVD tools from subsidiary, Tempress Systems and wafer batch handling systems from R2D Automation.

14 March 2023
PV CellTech will be return to Berlin on 14-15 March 2023 and looking at the competing technologies and roadmaps for PV cell mass production during 2024-2026.
ald, c-si manufacturing, monocrystalline wafer, perc, solar cell, solaytec