Spain’s new coalition gets behind renewables with auction revamp 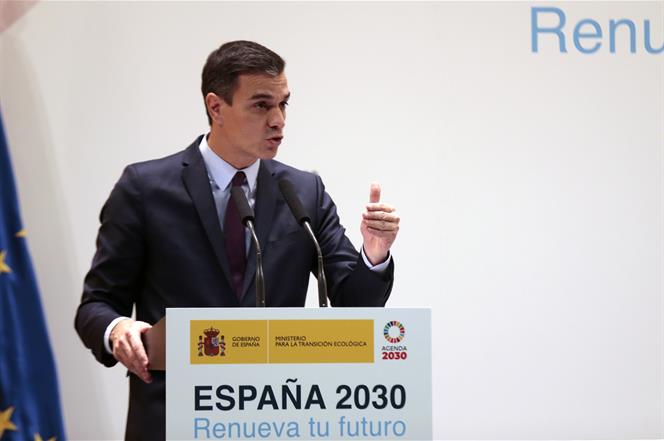 Spain’s new government has agreed to reform its auction and electricity billing schemes, in a bid to ensure citizens benefit from the renewable boom sweeping through the country in recent years.

Renewable tenders in Europe’s current PV hotspot could be revamped to award capacity based on generation costs and not investment costs, under a coalition deal between the socialist election winners of PSOE and their left-wing counterparts of Unidas Podemos.

The agreement, signed after Spain’s general poll of 10 November 2019, sets out the broad lines of how the alliance will legislate on all matters over the next four years. On energy, the PSOE-Unidas Podemos duo vows to ensure cheaper renewables translate into cheaper power bills.

Auctions for new renewables will be modified to ensure the generation costs across technologies become the overriding criteria, the deal indicates, adding that non-corporate players such as local, citizen or cooperative entities will be allowed to table bids.

In addition, the coalition deal endorses a previously proposed 100%-by-2050 renewable electricity target. It promises to continue promoting self-consumption, to limit capacity market payments and to raise the variable element of power bills, a move PV bodies had urged earlier this year.

Spain’s government deal finds its PV market in the midst of a boom. The country – politically volatile after four general elections in as many years – is said to have become Europe’s top solar installer in 2019, with annual roll-out rates of 4.7GW that overtook Germany’s 4GW.

The new proposals for a renewable auction overhaul emerge as many Spain-keen solar operators decide to sidestep tenders altogether. From BayWa r.e. to Solaria, Foresight and Statkraft, the list of developers set to deploy on a PPA or fully merchant basis is on the rise.

The country’s move to solar-friendlier policies – including major PV goals and untaxed self-consumption – comes as it continues to face multi-million-euro penalty payments over the scrapping of feed-in tariffs in the early 2010s, which paralysed PV deployment for years.

The government has yet to name the environment minister who will steer green policies in the coming term. Solar circles have in the past called for incumbent Teresa Ribera to retain the portfolio but her confirmation, or lack thereof, remains unclear until the cabinet is announced this week.

Whoever ends up holding the ministry reins, the wider coalition plans have already been welcomed by renewable body Fundación Energías Renovables (FER). In a statement over the weekend, the foundation singled out the reform of auctions and power billing as a positive climate step.

Spain's efforts to redesign renewable auctions to drive cheaper power bills come after its neighbour Portugal drew global headlines with its record-low solar prices. The bidding tariffs of €14.76/MWh at a 1.15GW PV auction in July were seen by some as a milestone Spain should emulate.