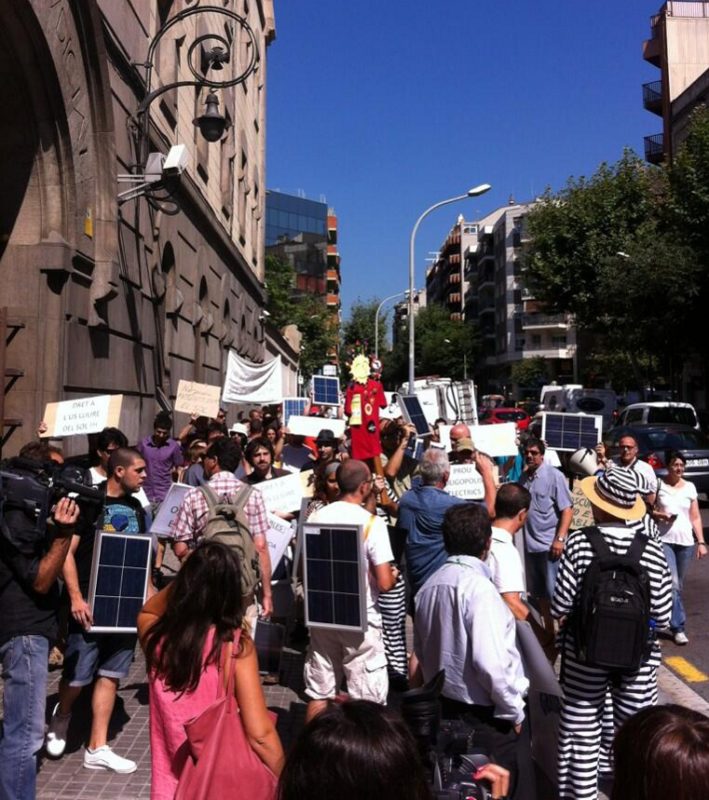 For the past five years, Spain’s government has been the poster boy for the European solar crash.

They overstimulated the market, then pulled the rug from under the industry in spectacular fashion. Investors and consumers that were benefitting from the country’s solar potential were cut off.

The threat of huge fines for unregulated self-consumption of PV was deemed a “criminalisation” of solar. Protestors turned up outside a jail in prison garb replete with shackles and balls n’ chains to highlight the absurdity of the new laws. The retroactive changes saw banks literally being handed back the keys to solar sites. A government programme encouraging people to invest their pension pot into solar power means many regular people lost their life’s savings.

When the country announced a fresh 3GW renewable energy tender in December 2016, there was hope that an auction-based, post-subsidy solar market could be provided an opportunity to thrive.

As the first details of the structure of the new auction emerge, it would appear those hopes were unfounded.

With subsidy support off the table, the latest slap in the face for the solar sector is perhaps the most extraordinary. Perhaps also the most transparent. The fig leaf (granted, it was a big fig leaf) of subsidy overspend has been removed and the motives of the government are laid bare.

In short, a floor price (yes, Spain doesn’t want to see its tender prices get too low) will be put in place. This will create a situation where projects, wind and solar, will end up in a tie. In the event of the (inevitable) tie, the projects with the greatest hours of operation will be selected. In other words, in the result of a tie, the biggest wind projects win.

From South Africa to Brazil to India, competitive tenders have delivered FiT-free value to offtakers. The independent power producer (IPP) model is yielding impressive results in the Middle East with Saudi Arabia the latest to join in. So with all these successful systems in place, why would you limit the potential of a tender programme with a floor price and technology biased bylaws?

Aside from the fact that this is hardly in the spirit with the European Commission’s insistence on renewable support programmes being competitive, it undermines the benefits of switching to renewables in the first place.

At this point, it is important to stress that this is not an anti-wind issue. The problem is that this restricts the possibility for change. It limits the democratisation of energy and it protects the interests the major utilities and investors, not bill payers.

Any possibility for decentralised assets is greatly diminished when the advantage is handed to large-scale wind developments. Bluntly, the move appears designed to ensure that incumbent electricity players don’t miss out.

The finer details of the tender are labyrinthine. It has emerged that the floor prices, which will be taken as a percentage below the benchmark price, will not even be the same for each technology. Wind will be permitted to bid further below its benchmark price than solar.

The Madrid government presented solar as safe bet and a lucrative investment. Its retroactive changes undermined those claims. Anyone assuming the latest tender is a good bet should bear in mind that the die are very much loaded.

27 June 2023
Join us in London for 2 days as we look at the UK’s new landscape for utility & rooftop solar. Understand the new opportunities within this GW-plus annual market!
europe, feed in tarrifs, investment, ipp, retroactive cuts, solar tender, spain, wind