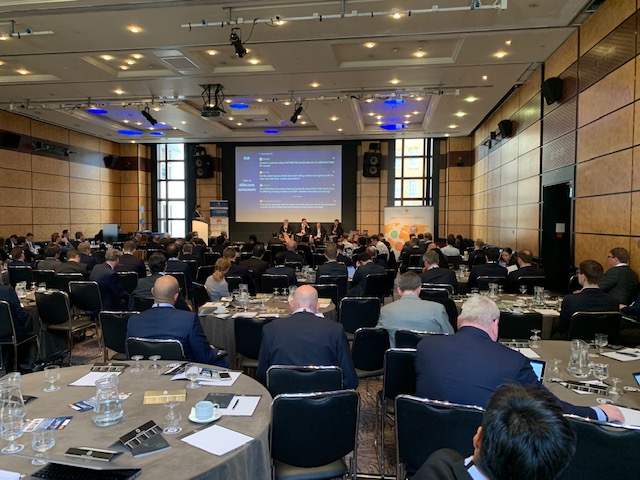 The corporate power purchase agreement (PPA) market is currently struggling from a “large gulf” in understanding that standardised contracts could solve, but the industry is still a “long way off” from introducing them.

A panel at this week’s Solar Finance and Investment conference in London discussed the scope of post-subsidy developments throughout Europe, including the potential for long-term corporate PPAs to help projects receive financing in the absence of stable, subsidy-backed revenues.

With merchant risk and wafer-thin margins unlikely to trigger much interest from financial institutions, and many energy utilities favouring short-term PPA contracts, there has been an expectation that PPAs with bankable corporate counterparties will be a source of growth for the solar sector moving forward.

However, there has yet to be a tangible, significant movement towards corporate PPAs and this week’s panel discussion concluded that this is predominantly down to a “large gulf in understanding” of such agreements.

Abid Kazim, formerly of asset holder NextEnergy Capital and now MD at asset manager Wise Energy, said that solar developers and corporates were not necessarily speaking “the same language” in most cases.

He went on to discuss how there is also an issue regarding contract structure and length. While most debt structures for projects are in advance of 10 years in length, most corporates and energy management professionals are bound to lock-in energy costs at five or seven years at a time, rendering it difficult to find a middle ground in negotiations.

Other members of the panel, including BayWa r.e.’s Benedikt Ortmann and Solarcentury’s Peer Piske, mooted the possibility of standardisation in the field, wherein an acceptable template of a PPA contract could be introduced by the industry, in close collaboration with corporate groups, in a bid to establish some common ground in negotiations.

Standardisation in contracts has long been sought after in other areas of solar, most notably in O&M, but Richard Slark of Poyry, another participant in yesterday’s discussion, argued that standardisation was a “long way off” and there were no “quick wins”.

This was substantiated by a poll of the audience, which found that a significant majority – more than 80% – considered utility companies to be the source of most PPA interest for the solar sector, with just 10% arguing that destination to be corporate customers.

That poll triggered another point of discussion led by the panel’s chair, Chris Hewett of the Solar Trade Association, who mentioned the potential for public sector entities to emerge as potential counterparties for PPA-backed projects.

Lars Quandel, head of energy and infrastructure at HSH Nordbank, suggested the same – that local authorities could become a great area of interest for solar developers moving forward – but Slark argued that the risk of political upheaval could be a thorn in the side of projects moving forward. Unlike with corporate PPAs where the long-term bankability of the offtaking organisation is scrutinised, with local authorities it was suggested the issue could be one of change in political situations as a result of local elections.

29 November 2022
PV ModuleTech EMEA in Madrid on 29-30 November 2022 will address the factors underpinning the changing PV module landscape, gathering together all the key stakeholders across the value-chain from module production to field testing. Join us for presentations from the leading players in the sector, clearly identifying the opportunities and challenges set to impact module supply to Europe and the Middle-East over the next few years.
corporate ppa, europe, finance, investment, ppa, standardisation