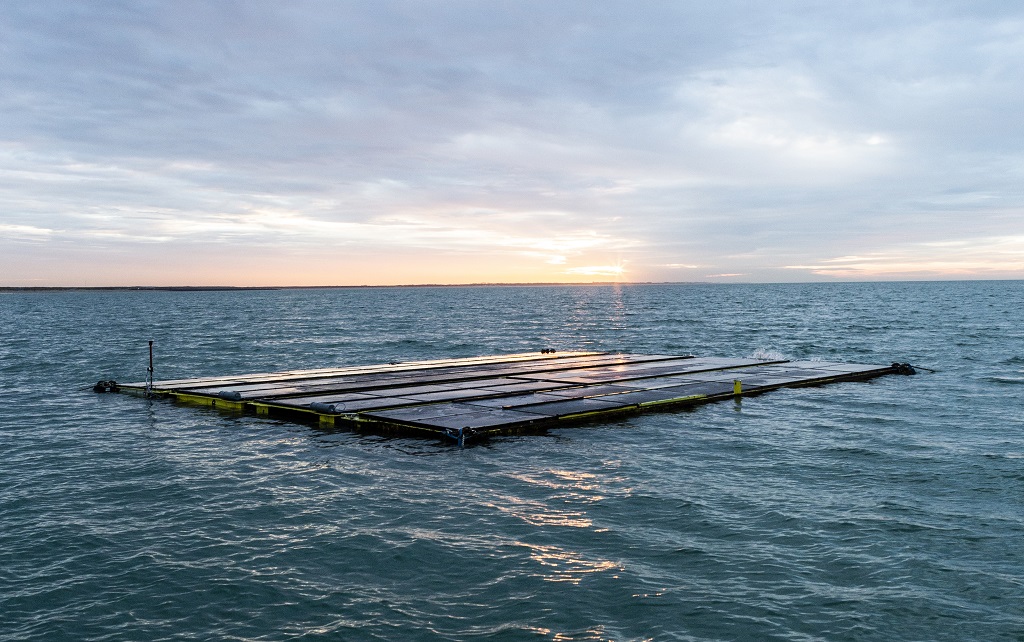 The world’s self-styled first offshore floating solar plant has been able to endure the spell of extreme winter weather afflicting Northern Europe over the past few weeks, PV Tech has learned.

A floating farm installed by specialist Oceans of Energy in the Dutch North Sea withstood not only the thrust of storm Ciara around 7 February but also that of storm Dennis the following weekend, founder and CEO Allard van Hoeken told this publication on Monday.

Last Saturday, the CEO had already revealed on LinkedIn the success of the North Sea One plant in weathering storm Ciara. The first of two recent storms had battered the Netherlands with winds of up to 120 kilometres, sparking widespread flight cancellations and waves of over five meters.

“The system, including the mooring system and the floaters, remained stable and intact in all conditions. We will start publishing more operational results soon,” van Hoeken had explained as he took to the social platform to discuss the plant’s performance versus storm Ciara.

The CEO’s separate confirmation to PV Tech today that the installation also rode out storm Dennis the following week – with a Code Yellow weather alert activated countrywide as gale speeds of up to 100 kilometres hit the Dutch coastline – adds another milestone to the offshore solar plant.

Operational since last November, the North Sea One farm was initially delivered with an installed capacity of 8.5kW. Oceans of Energy doubled the floating plant’s size to 17kW in January 2020 and intends to expand it further over the course of this year.

Solar sails to common ground in quest to lower costs

The talk of North Sea One’s storm feats comes as the global floating PV segment continues a slow journey towards mainstream success, with projects increasing in number and size after the market crossed the 1GW capacity barrier in 2018.

From the initial dominance of Asia, the segment is gradually expanding to the inland water bodies of Europe, particularly around the Netherlands and Germany. As the market swells geographically, it also grows more diverse, with various designs competing for industry attention.

Investigating the state-of-play of floating PV late last year, a PV Tech Power feature found specialists see bringing down project costs as the only way to achieve commercial scale. On Linkedin last Saturday, van Hoeken was asked about the costs of Oceans of Energy’s own systems.

“Costs are going down fast, the system is very scalable, relatively easy to handle offshore and it has no moving parts,” the CEO said. “We are already below cost of Offshore Wind in most parts of the world and will be below the costs of North Sea offshore wind within a reasonably short time frame.”

The PV Tech Power feature also sounded out floating specialists over green impacts, a concern of top segment advocates including the World Bank. In a guide last year, the global body advised a “precautionary approach” that would see roll-out limited across high-biodiversity coastal strips.

On social media, Oceans of Energy founder van Houken said the firm has been “focused from the start” on how its offshore plants interact with sea life. Research so far indicates “no or close to zero” negative impacts of PV plants, the executive said when quizzed over this.

A feature examining the state-of-play of global floating solar was part of PV Tech Power's Volume 21, which you can subscribe to here.