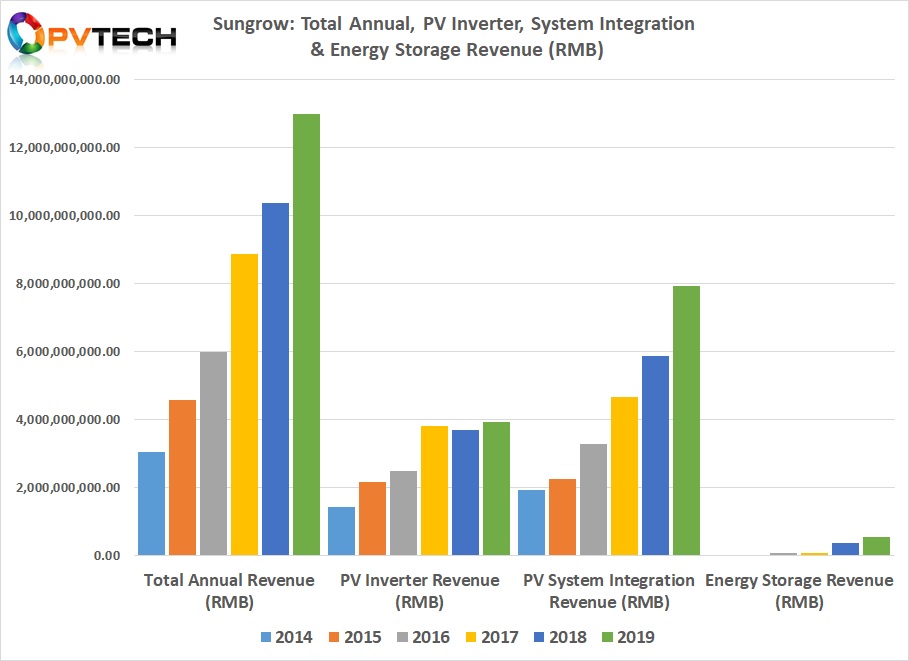 Major PV inverter manufacturer Sungrow Power Supply Co exported a total of 9GW of PV inverters to overseas markets in 2019, an 87.5% increase year-on-year, due to the significant decline in solar installations caused by policy changes in the Chinese domestic market stretching back to May 2018. 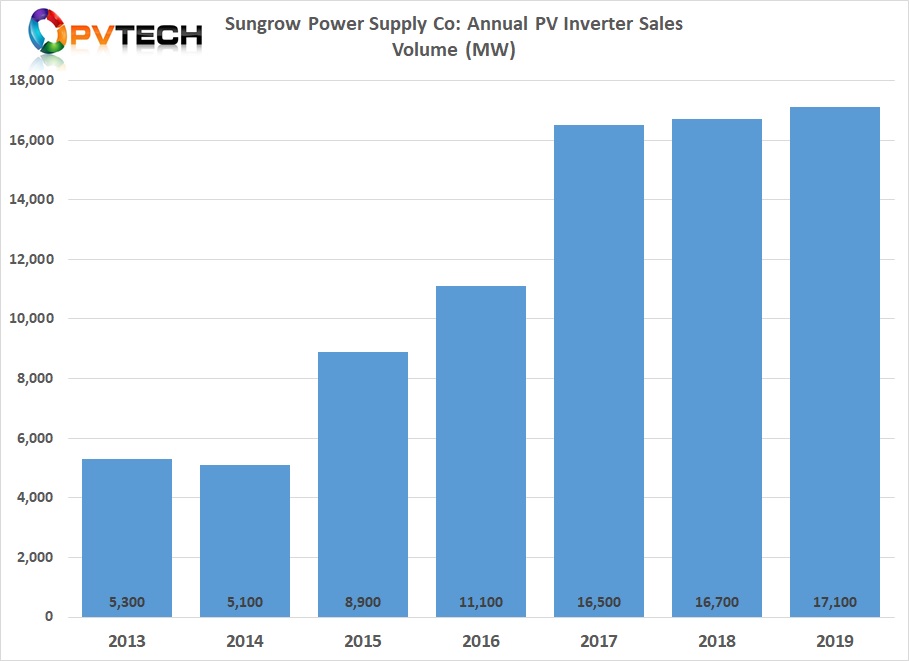 However, Sungrow said that its cumulative installed global PV inverter capacity exceeded the 100GW milestone in 2019, claiming to be the first supplier to do so.

A key export market was shipments to the Americas, which exceeded 3GW. 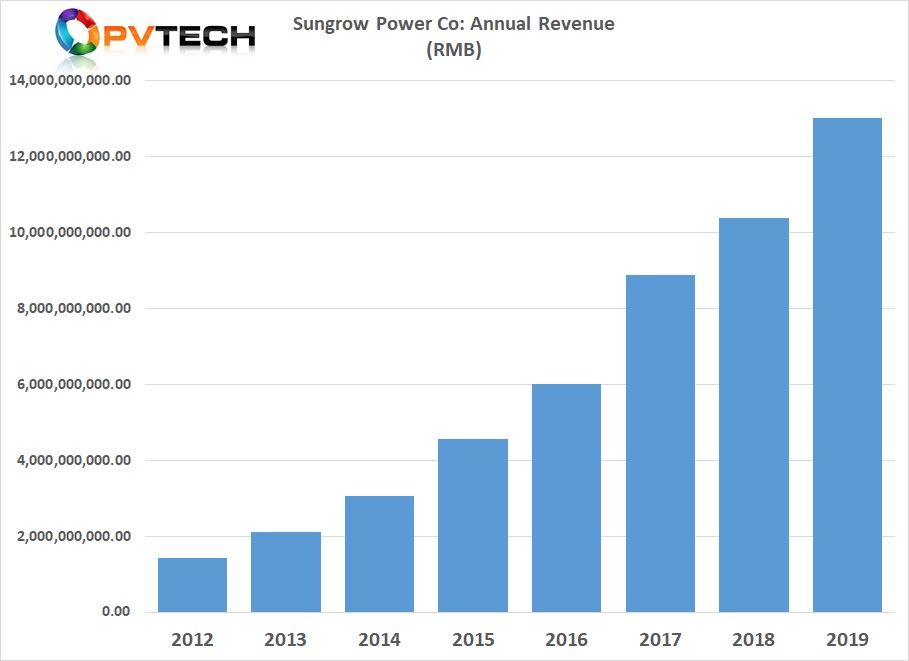 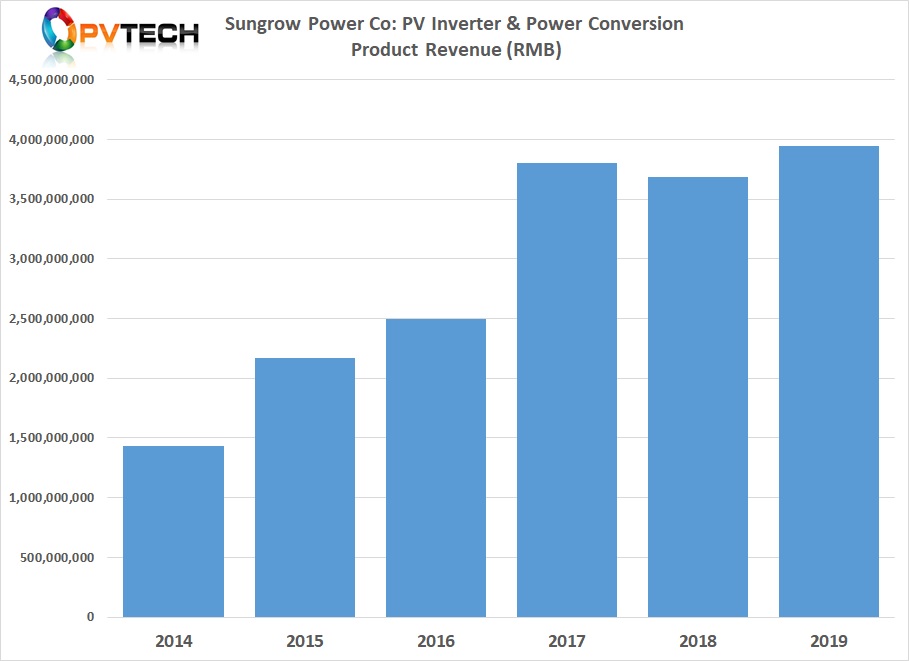 The main sales growth came from Sungrow’s PV System Integration business unit, comprising EPC and O&M. This unit reported sales in 2019 of approximately RMB 7.9 billion (US$1.12 billion), up 35.3% year-on-year and accounting for 61% of total group revenue in 2019, up from 56.6% in the previous year. 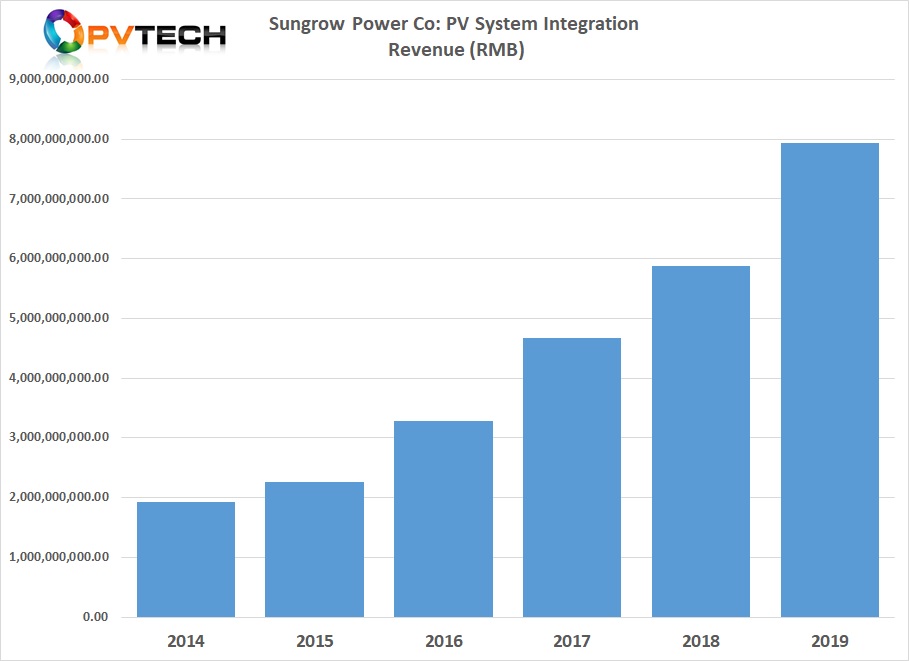 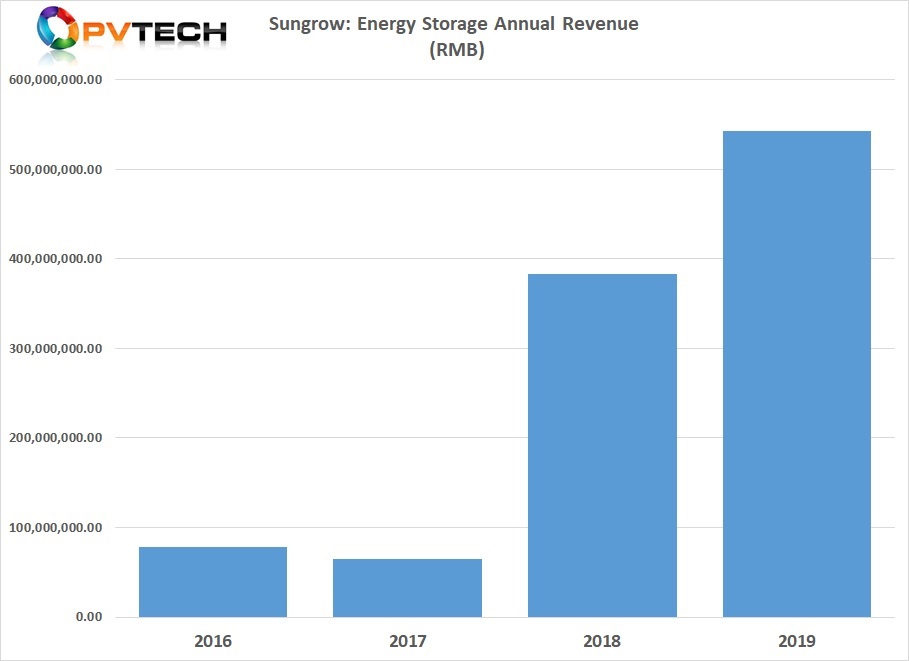 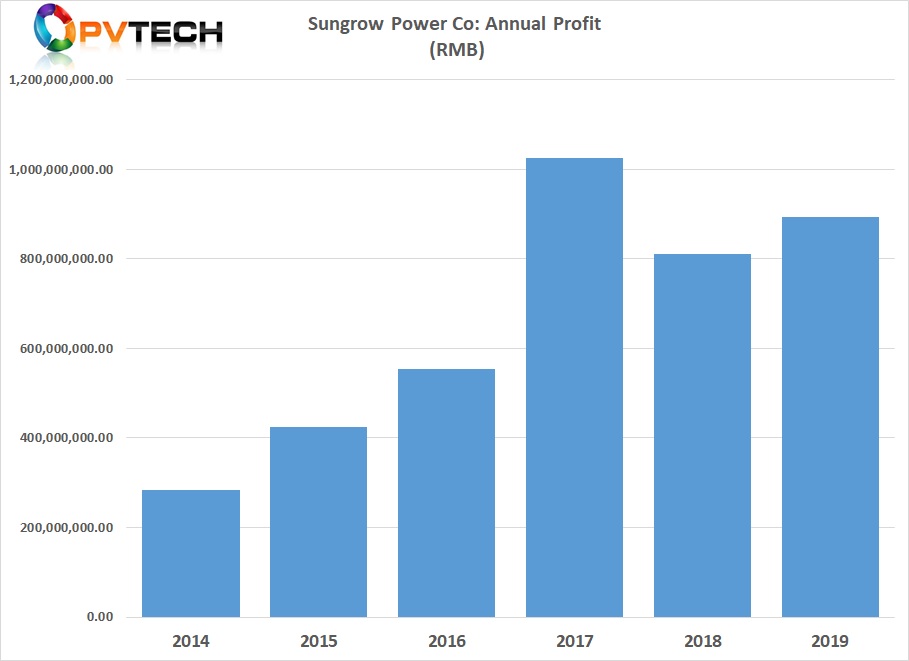