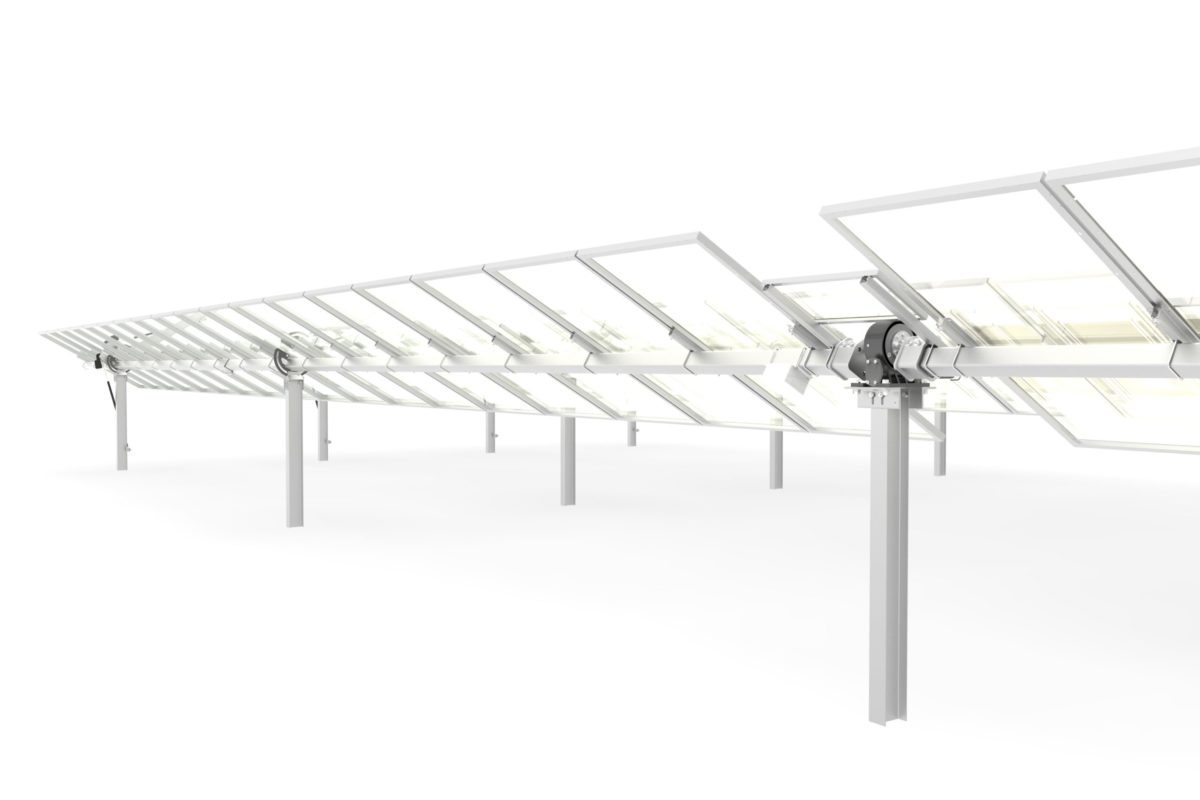 Central to the system’s innovation is a dynamic design feature called ‘Dynamic Stabilization’ through which the characteristics of the tracker are changed depending on real-time, sensor-observed environmental conditions. Beyond simply adjusting tilt, SunLink’s TechTrack Distributed incorporates control over the damping and stiffness of the array, opening a completely new solution space for increasing energy output, maintaining structural integrity and lowering cost. The system solves the challenge associated with monitoring the thousands of electromechanical parts that make up a distributed tracker system via SunLink’s ‘VERTEX Project Intelligence Platform.’ VERTEX enables next-generation real-time data monitoring and secure remote control, which provides greater visibility into energy assets, historical data collection and more efficient O&M – resulting in more valuable energy projects, according to the company.

Platform: TechTrack Distributed has enabled the maximum system torque be reduced by 67%, resulting in a stronger, lighter and more cost-effective tracker. Continuous tables and 120° tracking yield improved power density and generation, according to the company. Fieldwork is reduced by Terrain following of a 10% grade N-S, any practical E-W and up to a 5% change in grade post-to-post and fewer posts to install. Integrated solar panel and Li+ battery power a robust slew drive and motor. Communication is via secure, proprietary mesh network. SunLink also offers PowerCare installation and O&M services for TechTrack projects, making it possible for EPCs and developers to take on more projects successfully.