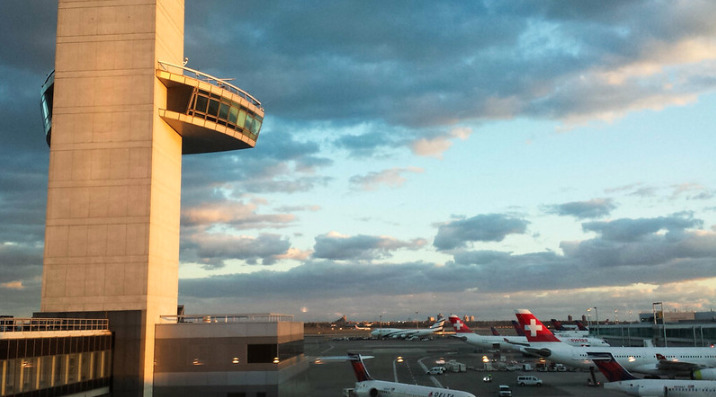 Work is to start on a parking lot canopy with solar panels and a battery storage system at John F. Kennedy Airport in New York costing US$56 million.

New York’s Port Authority Board of Commissioners has approved the construction of a renewable power project at the airport in New York City, which includes a 12.3MW solar energy system and between 5MW and 7.5MW of battery storage.

Construction of the project, which is the state’s largest solar canopy power project under development, will start next year and is due to be completed by 2022.

Solar-plus-storage manufacturer SunPower will manage the construction of the system, which has been financed by Goldman Sachs’ renewable power investment arm.

The Port Authority has approved a string of solar power solutions at key transport links within the city in recent months, including a 5MW solar parking canopy at Newark Airport, a 1.5MW rooftop solar installation at LaGuardia Airport, and a 600KW on a warehouse operated by the authority’s rail system.

JFK’s new solar-plus storage system comes in the wake of New York Governor Andrew Cuomo’s call for the US’ largest combined green energy solicitations in July, seeking up to 4GW of renewable capacity to combat climate change. It could also help Cuomo reach his commitment in April to deploy 3GW of energy storage in the state by 2030.

Electricity generated by the project will serve small businesses and residents in surrounding communities, who will also be eligible for utility bill credits through the state’s Community Solar Program.