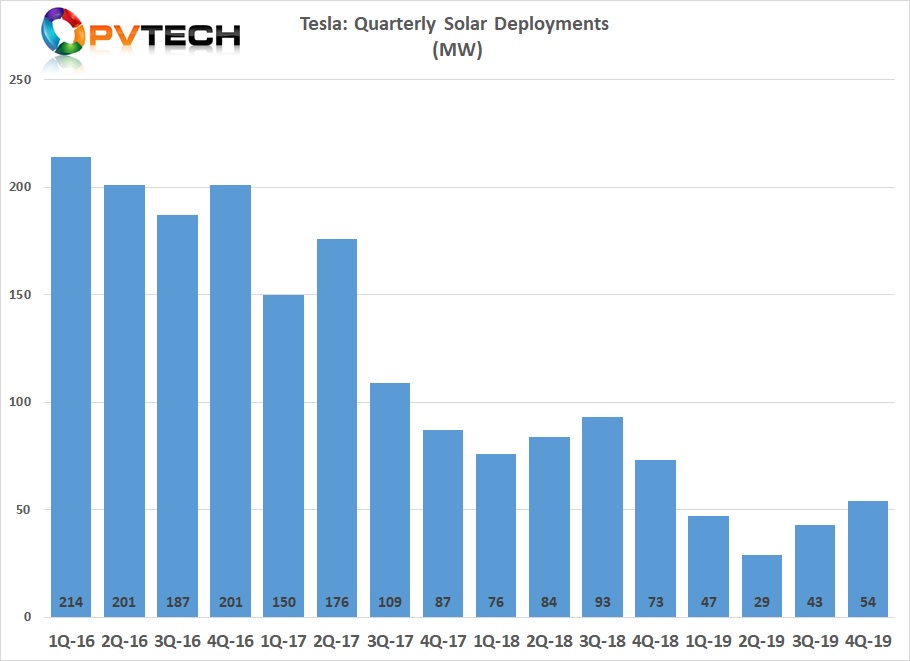 Tesla has anticipated a solid 2020 on the renewable deployment front after its figures for 2019 proved stellar for storage installs but far less so for PV additions.

Unveiled earlier this week, Tesla’s full-year results for 2019 indicate (see chart above) the firm reached 173MW solar installations throughout last year, a far cry from the volumes it had recorded in 2017 (522MW) and 2018 (326MW). 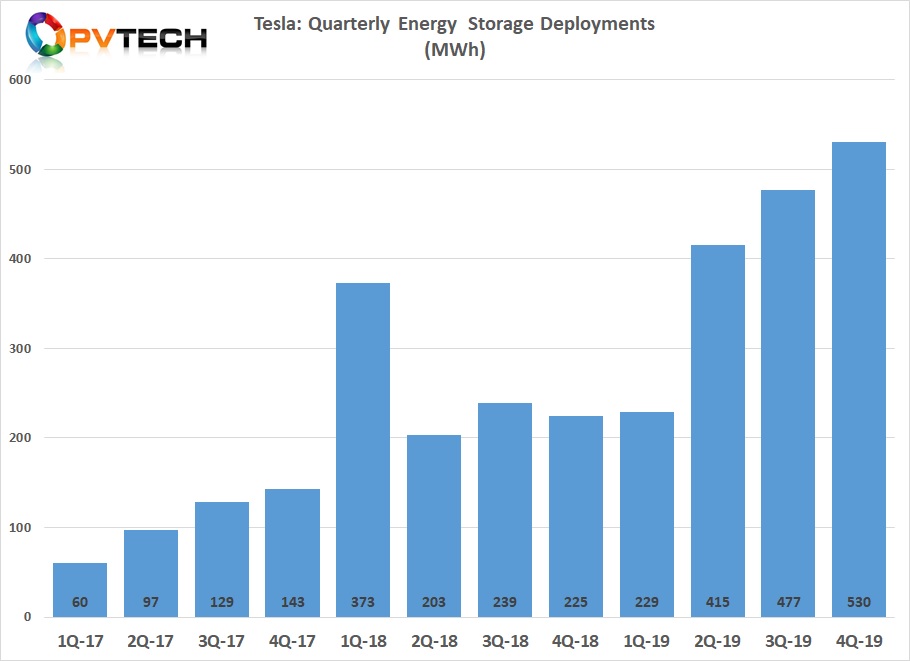 Following the mixed performance of its overall energy business in 2019, Tesla now expects 2020 will be prolific for storage but also solar. Installs across both segments should, the firm said this week, grow by “at least 50%” this year compared to last year.

Talk of ‘turning point’ after year of court drama

Tesla’s full-year update was followed by a rallying of the firm’s stock on New York exchange Nasdaq to around US$580 per share, a leap from the US$333 it was trading at only last month.

The quarter-on-quarter rise of group-wide revenues, from US$6.3 billion in Q3 2019 to US$7.3 billion in Q4 2019, was mirrored within its energy business. As shown by the chart below, combined turnover from solar and storage has seen back-to-back increases this year. 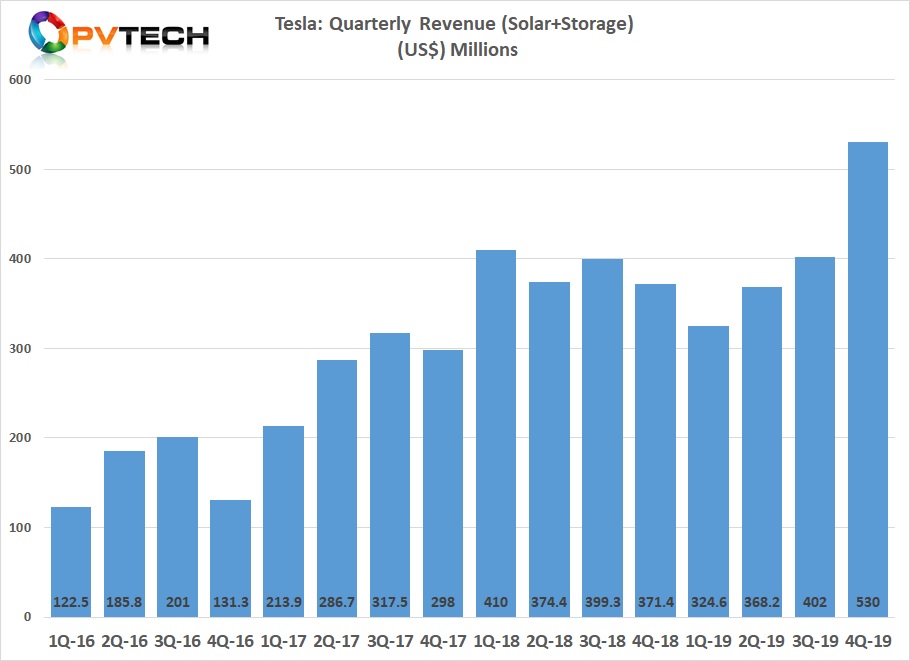 Discussing its solar operations, the Silicon Valley outfit said this week production of its Solarglass Roof systems scaled up in Q4 2019. “In addition to Tesla installers, we have also partnered with several roofing companies to support installations,” the firm explained.

However, PV Tech recently reported that China-based PV and glass manufacturer, Changzhou Almaden Stock Co Ltd was recently forced to declare that it was supplying Tesla with glass encapsulated solar roof tiles, due to abnormal fluctuations in its stock traded on the Shenzhen Stock Exchange.

Almaden noted that the current supply transaction amount remained small and did not meet the stock market rules on declaring major contracts. The company noted that the supply of glass solar tiles to Tesla had accounted for only 7% of its 2019 operating income (revenue).

As for storage highlights, Tesla said 2019’s last quarter featured the first installation of its 3MWh Megapack battery product. The appetite for the system from global developers and utilities has “surpassed” expectations since it was first announced, the firm claimed.

Tesla’s bullish start of 2020 follows a spat of court controversies for the firm last year, ranging from a lawsuit – later called off – over PV blazes on Walmart rooftops to unionising rows. One of the more recent cases exposed purported worries at Tesla’s top over profitability issues.

Credit for the picture for this story on PV Tech's homepage: Arno Senoner / Unsplash

6 June 2023
Join us in Napa to unlock the key to reliable PV module supply to the U.S. market in 2023 & 2024. We'll also be gathering the main players in the US solar market for some wine tasting!
2019 results, america, company results, nroth america, ssfausa, ssfusa, tesla, tesla solar, us, usa