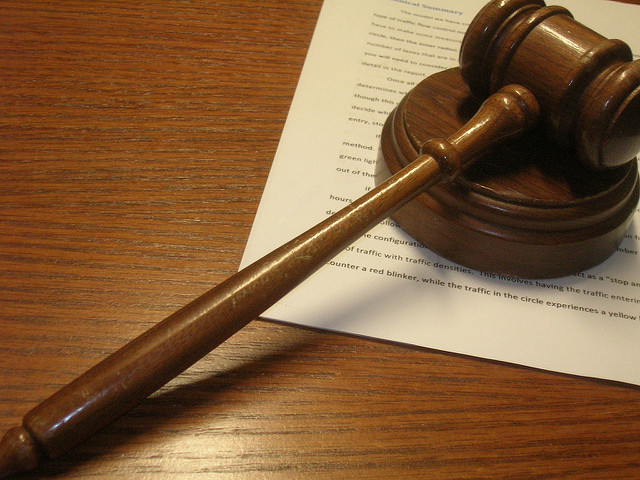 After it was uncovered that utilities were engaging in a misleading strategy to dupe consumers into believing Amendment 1 was pro-solar, solar advocates have requested the Supreme Court to embargo the results of the vote until a decision is made.

Local solar advocacy groups Floridians for Solar Choice and the Florida Solar Energy Industries Association (FSEIA) have asked the Supreme Court to declare the ballot summary for Amendment 1 as materially misleading; arguing that it deprives Florida voters of access to the correct information needed to make an informed voting decision.

The amendment would prohibit third party ownership of solar systems.

The claim from solar advocacy groups is a valid one, with dissenting Supreme Court Justice Barbara Pariente dubbing the amendment as “masquerading” as a pro-solar initiative, labelling it a “wolf in sheep’s clothing”. In addition, Morten Lund, US attorney and chair of the solar energy initiative at law firm Stoel Rives previously told PV Tech that the amendment “has a horrifically deceptive name”.

A legal stipulation requires such constitutional amendments to state their purpose “clearly and unambiguously”. But based on the reception of early voters, this has not been the case; with many believing a “yes” vote, means yes to more solar, when the opposite is true.

“I’m beside myself, I’m so furious,” said Aventura resident Barbara Waks, 84, who learned that she voted too late to take her ballot back, according to news outlet Vice. “I just sent in my ballot a day too soon. It’s altogether insane that they can get away with this.”

Vice also reported of a lawyer who was blind sided by the ambiguous language, and subsequently caught out: “I research everything: the judges, the down-ballot candidates. But since I’m an attorney, I didn’t think I’d need to research the amendments,” said the Broward County attorney, who wished to remain anonymous. “The language seemed very clear.”

The Amendment was praised as being an “incredibly savvy” feat of “political jiu-jitsu” that could “completely negate anything [pro-solar interests] would try to do either legislatively or constitutionally down the road” at the admission of Amendment 1 supporter James Madison Institute.

To this end, legal actions have been filed as of yesterday.

“The Florida Solar Energy Industries Association is made up of small businesses throughout Florida trying to make an honest living and Amendment 1 repeats the pattern of behaviour we’ve seen before: large electric utilities continue to use their monopoly control to suppress the free market and limit the development of customer-owned solar in Florida,” said Bill Gallagher, board member of the FSEIA, in a statement regarding the proceedings.

“The more we learn about the heavy-handed, monopolistic behaviour of Florida's largest electric utilities, the more concerned we become.

“With today’s legal actions, we are exposing how the utilities and their proxy front groups intentionally used fraud before the Florida Supreme Court in advancing the anti-solar Amendment 1 ballot measure before Florida voters,” said  Stephen Smith, of Floridians for Solar Choice. “We are increasingly confident that Florida voters will vote this down, but we are concerned that thousands of voters have already been fooled by Amendment 1’s true intent. Many of our members and supporters have asked that we take these actions as “insurance” given the extraordinary amount of money and deceptive activities the utilities are throwing at this in the final days.”

As the backlash continues against Amendment 1, Florida’s two largest electric utilities and their allies have poured a further US$3.5 million into the anti-solar campaign, with the collective total now at more than US$26 million.

According to industry watchdog Energy and Policy Institute, Florida Power & Light (FPL) is now the biggest bankroller of the campaign, with a contribution of US$2 million on 24 October. In addition, FPL has contributed a total of US$8,055,000 to Consumers for Smart Solar, the utility-funded group behind Amendment 1, and now holds the record for having spent the most money on a single ballot effort in the history of Florida. Duke Energy is a close second, having spent a total of around US$6.7 million, followed by Tampa Electric Company and Gulf Power.

This latest cash dump by FPL and Duke is a desperate effort to buy an election with a flood of last-ditch deceptive advertisements. But the public is rapidly learning that Amendment 1 is an anti-solar wolf in sheep’s clothing. No amount of utility money can hide the truth.” – David Pomerantz, executive director of the Energy and Policy Institute.

As a strike back, solar advocates are hoping to reopen voting for a chance to allow the public to make an informed decision under unambiguous terms. Under Florida law, it is a legal right to ask the court to reopen its advisory decisions on constitutional amendments.

“The intended result of these joint actions is to preserve Florida as a state in which solar power and renewable energy choices are widely available to the public, and to prevent the improper deception by the utility companies’ effort to control and charge artificial rates for all energy manufacture, consumption, and sale in Florida,” said Benedict Kuehne, attorney for these filings with the Law Office of Benedict P. Kuehne, P.A.

4 October 2022
Solar & Storage Finance USA, the only event that connects developers to capital and capital to solar and storage projects, will be back in November 2022.
florida, legal, legislation, ownership, solar pv, supreme court, us, usa, utilities