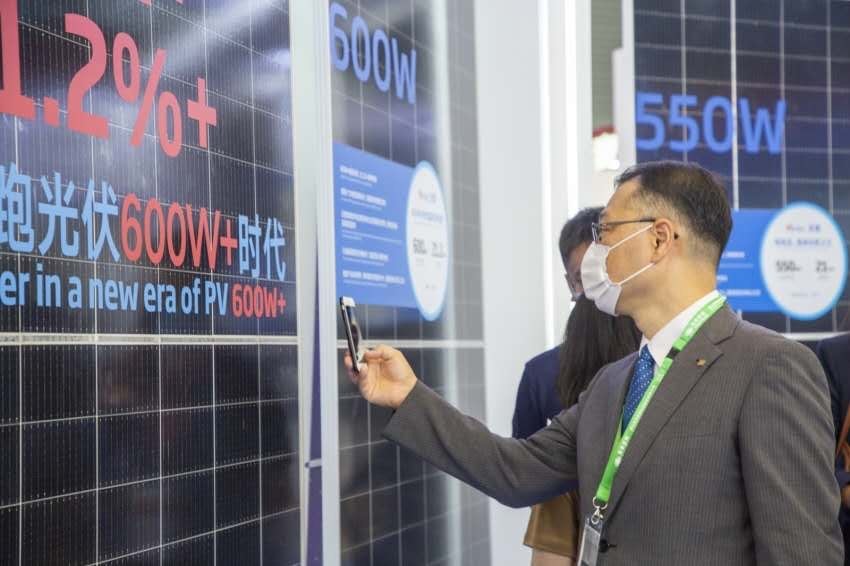 Trina Solar’s new Vertex series of high power modules have passed TUV Rheinland’s comprehensive reliability tests in what the manufacturer described as “another major breakthrough” for its latest product additions.

It follows Trina having been awarded both IEC 61215 module performance standard and IEC 61730 PV module safety standard certificates for the module series earlier this year.

Chris Zou, VP of solar services at TUV Rheinland Greater China, said the fast tracking of commercialisation and reliability certification would “open a new path for the rapid development of PV technologies”.

Trina’s Vertex series are to be initially available in both 550W and 600W versions, however higher-power variants are also in development. Developed using M12 large-area wafers, the Vertex series uses multi-busbar technology to deliver power at lower voltages, allowing more modules to be connected per string.

Trina has lofty ambitions for the new series of panels and is adding significant cell and module capacity for it, aiming to have 10GW of manufacturing capacity operational before the end of the year. This will reach 31GW by 2022, the company has said.

PV Tech’s product review of the 550/600W Vertex series modules can be read here, while an in-depth feature on the technologies used in its development can be found here.

Trina Solar also launched the product via a PV Tech TechTalk Product Series webinar which provides a comprehensive introduction to the module and its benefits. That can be watched on-demand here.