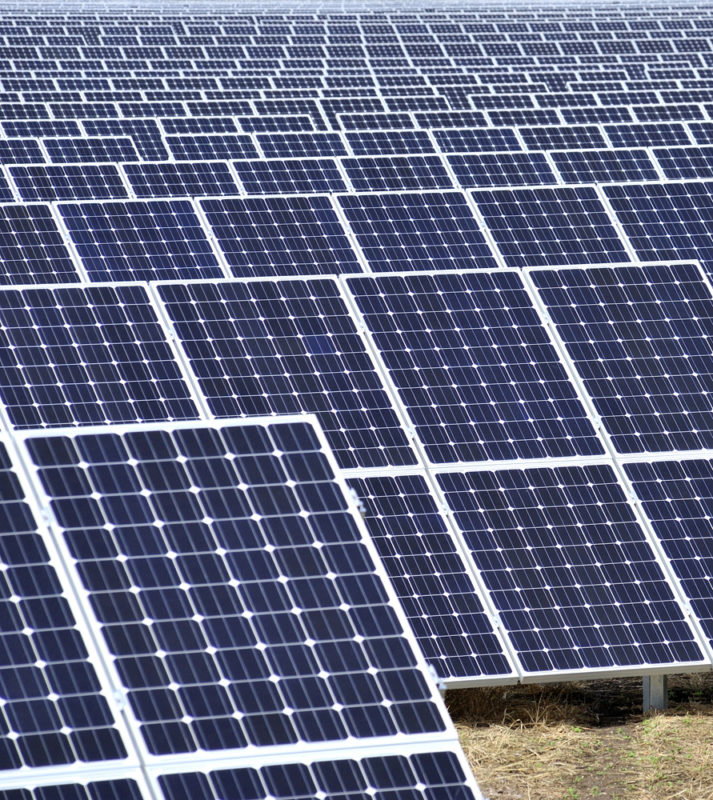 The UK’s post-subsidy large-scale solar pipeline has swelled to more than 5GW after a flurry of activity in the first half of 2019.

More than 60 new solar farms have been identified, accounting for around 1.8GW of additional capacity.

This has taken the pipeline of UK large-scale, ground-mounted solar farms to 5.16 GW, according to the latest release of the UK Large-Scale Solar Farms: The Post-Subsidy Prospect List report.

At the start of 2019, the pipeline was 3.34GW. But in the past five months alone, 54 new large-scale solar sites have been added to the pipeline, as many of the original developers (those that were behind the first 8.5GW of completed large-scale UK solar farms) have returned to greenfield site identification and planning.

The strong upward growth trajectory can be seen clearly in the graphic below. 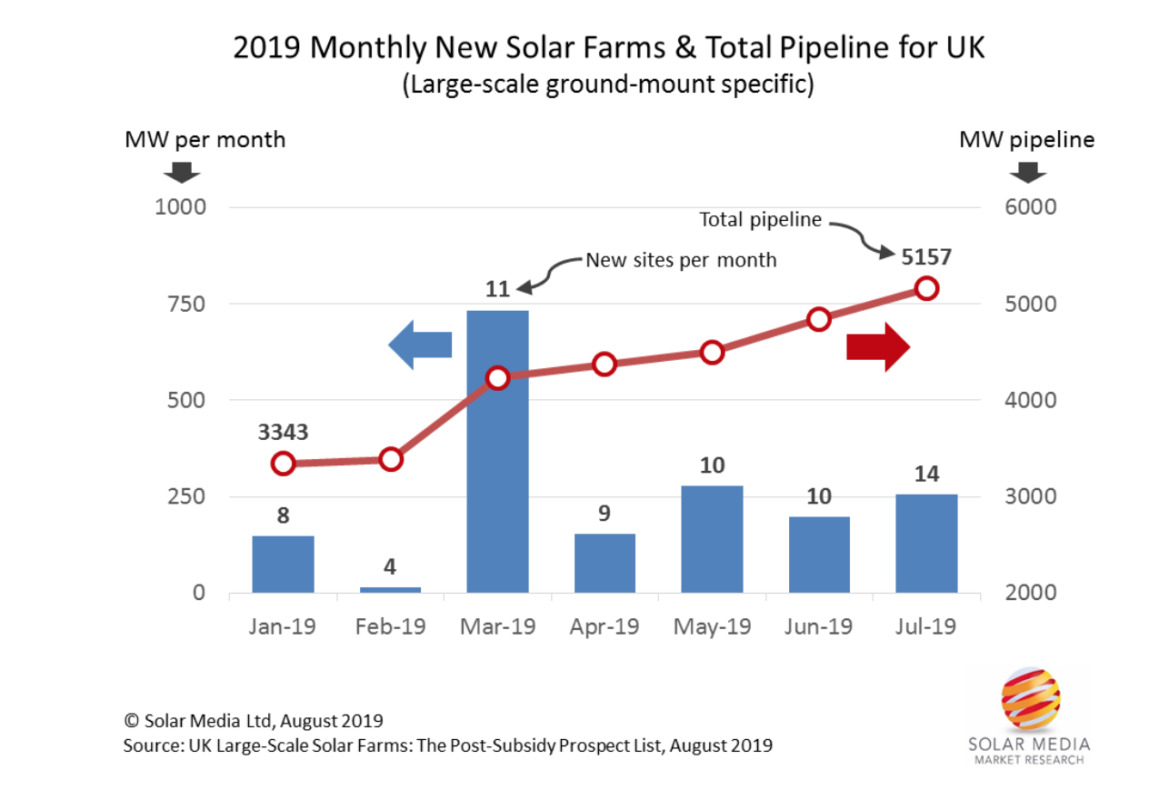 That level of activity makes for positive signs that the UK looks set to become one of Europe’s key post-subsidy markets in the coming years.

The fact that the first real post-subsidy sites are being constructed now is essentially validation of the economics and return-on-investment projections by developers and asset owners. This is now driving more of the 2010-2016 developers to return to new site identification.

A key driver is of course the fact that module prices have been falling significantly in the past few years, while power rating improvements have been considerable. While in the past, sites were fixed in location, and using mostly 60-cell p-type multi panels (ratings 240-260W), the industry is now moving to 72-cell p-type mono PERC panels with bifacial capability. This allows for 370-400W panels, with trackers and bifacial generation. This is a massive driver in compensating for the lack of subsidies today.

While some of the developers that have returned to the planning stage are still using a business plan that was tried-and-tested before (get planning approval and look to flip, subject to conditions), the approach of those with cash-reserves is seeing previous final asset owners driving site investment from initial planning.

The full audit trail of the sites is available now within our monthly-released UK Large-Scale Solar Farms: The Post-Subsidy Prospect List report. With much of the build-out phased for 2020/2021, component suppliers (modules, inverters, mounting) and EPC contractors (in addition to the sub-contracting network called upon) should ideally be populating sales prospects lists.

27 June 2023
Join us in London for 2 days as we look at the UK’s new landscape for utility & rooftop solar. Understand the new opportunities within this GW-plus annual market!
europe, finance, ground-mount, large-scale, post-subsidy solar, uk