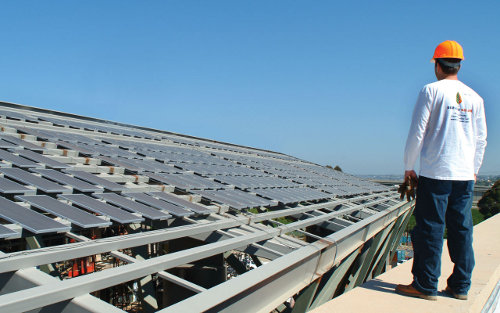 US renewables developer Borrego has been awarded a contract to develop a 110MWac utility-scale solar project in New York state.

The award, contracted by New York State Energy Research and Development Authority (NYSERDA), will see Borrego develop the facility in Jefferson County, in the north of the state, which falls within National Grid territory.

The project will be Borrego’s largest to date and Dan Berwick, general manager of development at Borrego, said it reflected the company’s expansion into large-scale renewables.

“We're bringing the technical expertise and rigorous processes we developed as the leader in commercial and community solar markets to larger projects, because our mission is ever more urgent: to accelerate the adoption of renewable energy,” he added.

Borrego has appointed Daryl Hart as VP of utility-scale project development in order to facilitate that expansion.

Hart has been recruited from NextEra Energy Transmission, where his role of director of development saw him work in both wind and solar.

“Our new focus on the utility-scale sector is powered by talented individuals with utility-scale experience,” said Mike Hall, CEO of Borrego.

April 6, 2021
Japanese power company J-Power is to convert a retired coal plant in the US into a 240MW solar-plus-storage facility through its local subsidiary.