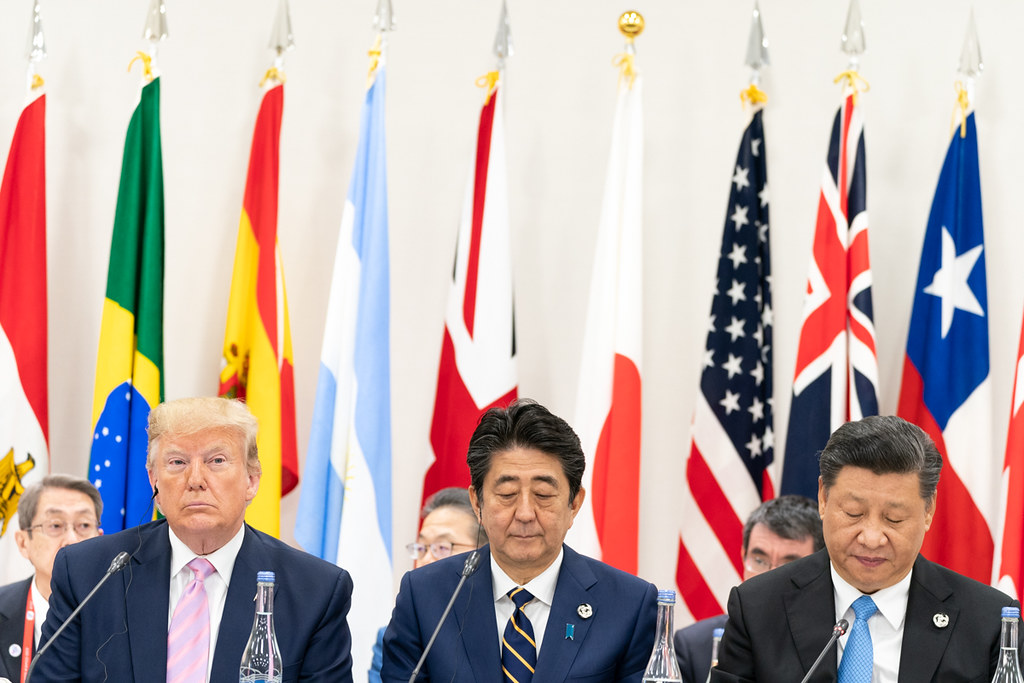 Trade tensions have flared anew between some of the world’s top solar markets, with the US attempting to quash a complaint from India even as China opened a new dispute.

The impacts of domestic US solar policies on both major Asian states took centre stage at a recent meeting of the World Trade Organization (WTO), held as Donald Trump’s administration wages broader trade-related feuds with either country.

As talks got underway at the WTO’s Dispute Settlement Body (DSB), the US announced it would be appealing earlier DSB findings that US state-level solar incentives infringed India’s rights under the General Agreement on Tariffs and Trade (GATT) of 1994.

Released in late June, the DSB panel’s report had concluded schemes in California, Michigan and others treated Indian solar panel imports unfavourably versus US counterparts. It had asked the US to bring the programmes into compliance with WTO rules, but left the country to determine how that would be achieved.

In its new statement, the US delegation did not directly question the DSB panel’s findings but argued the body had no jurisdiction. The panel, the US asserted this month, breached its own rulebook by examining the fairness of incentive schemes outside of its “terms of reference.”

Washington DC’s latest moves add another twist to a dispute India first brought before the WTO in September 2016. In the intervening years, the Asian state succeeded in having the DSB panel declare US incentives as directly benefitting domestic solar products over imports.

The success or failure of the US’ appeal now rests with the WTO’s appellate body, with a decision expected within three months. Should the entity rule again in India’s favour, the US must amend the incentive schemes at issue, or risk India demanding compensation or the right to retaliate.

Win for China as review launches into US safeguards

The countries – for long locked in a broader, economy-wide trade spat – clashed at the recent DSB talks over solar incentives passed with Trump as president, which Beijing believes “violate the core principles” of the WTO.

In a victory for the Chinese side, DSB members agreed this month to launch a review into the so-called safeguard measures, enacted by the US last January for imports of crystalline silicon PV products.

The DSB probe – which comes to join a separate dispute tabled by South Korea – will decide whether the US must bring the measures, including initial duty rates of 30% and trade quotas over four years, into conformity with WTO rules.

This month’s discussions helped shed light on the arguments either side is using as they make their case towards a final DSB ruling. China told attendees it believes the US failed to meet the “most essential conditions” before it turned to safeguard measures.

For its part, the US argued WTO rules allow for safeguards to be enacted when imports reach a level where serious harm – or the threat thereof – is caused to a domestic market. China, the US delegation said, should support its proposal to make the DSB dispute public.

The spat over crystalline silicon PV duties emerges weeks after the US’ defeat with another, much more advanced trade row with China. In July, the WTO’s appellate body upheld earlier findings that the US had not evidenced the need for separate solar duties, paving the way for Chinese retaliation.

US solar prospects amid trade tensions and changing incentive landscape will take centre stage at Solar Media's Solar & Storage Finance USA, to be held in New York on 29-30 October 2019

6 June 2023
Join us in Napa to unlock the key to reliable PV module supply to the U.S. market in 2023 & 2024. We'll also be gathering the main players in the US solar market for some wine tasting!
china, india, safeguard duties, solar duties, trade barriers, trade conflict, us, usa, world trade organization, wto