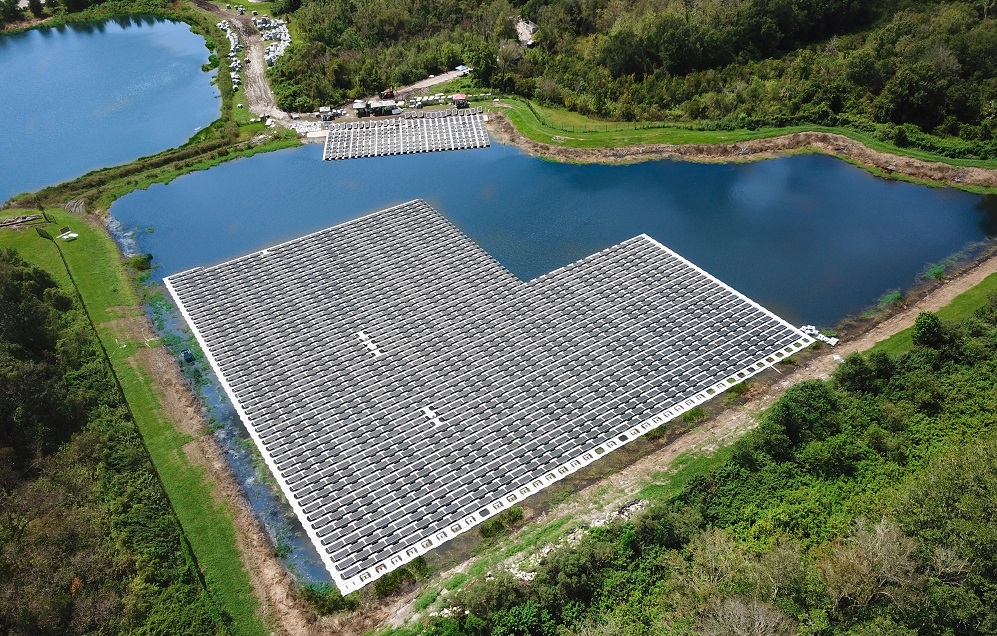 Entergy Louisiana is acquiring the energy produced at the park through a 20-year power purchase agreement.

The acquisition marks the largest single project investment for Helios since it was founded by Sol Systems and Nationwide in 2018. After purchasing nearly 200MW of solar assets in North Carolina and Texas in recent weeks, the company now owns and operates more than 300MW of commercial and utility-scale solar energy plants in the US.

“The impacts of the pandemic have put us to the test, and we have an even greater appreciation for partners like Nationwide and Entergy, Jessica Robbins, senior director of structured finance for Sol Systems, said. “Partnerships like these are essential to provide hope and to jumpstart the recovery of our communities and economy.”

30 September 2020: Duke Energy has secured a deal to develop a 1.1MW floating solar plant at the US Army’s Fort Bragg military base in North Carolina.

The installation will be paired with a 2MW battery energy storage system to supplement power from the local grid and provide a backup during service outages.

Duke will work alongside D3Energy and Ameresco to build the solar plant, while Fort Bragg will own and operate the system once complete.

The development forms part of a US$36 million contract awarded to Duke that will focus on infrastructure modernisation at Fort Bragg such as lighting and water upgrades, as well as heating, ventilation, air-conditioning and boiler system improvements.

Duke, which serves around 7.7 million retail electric customers in six US states, revealed plans earlier this month to own or operate at least 8,650MW of solar capacity by 2035.

28 September 2020: A community choice energy provider run by the San Francisco Public Utilities Commission in California has inked agreements that will allow for the construction or expansion of solar plants in California with a capacity of 120MW as well as battery storage totalling 260MWh.

Faced with rolling blackouts and power uncertainties, CleanPowerSF said the agreements will help ensure electricity reliability for its 380,000 customers.