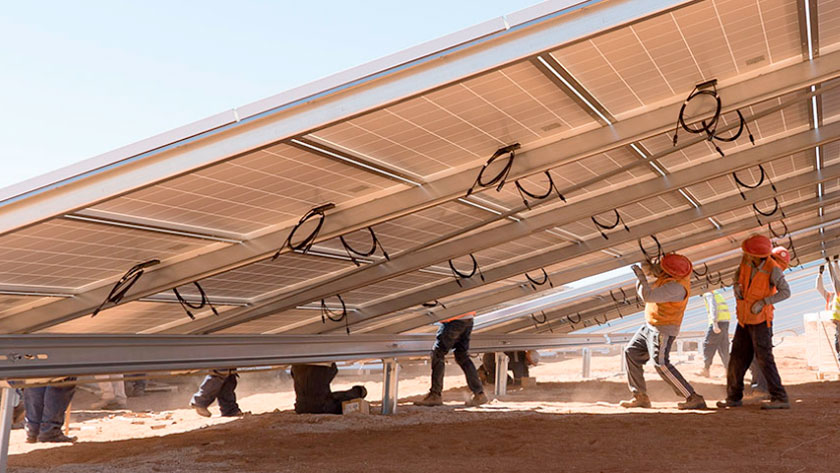 The prospects of a global solar boom convinced the private equity unit of one of Spain’s largest banks to make its first ever PV investment, targeting a tracker manufacturer in the country.

Approached this week, investor Aurica Capital told this publication its recent acquisition of a 41.5% stake in STI Norland stems from a belief in the potential of the PV tracker segment, which is growing year on year off the back of a solar surge seen worldwide.

STI Norland marks the first PV play for Aurica, which is part of top-five Spanish bank Banco Sabadell. The private equity house benefited from the renewable expertise of Sabadell but sourced the STI Norland deal by itself, said a source close to Aurica who asked to remain anonymous.

While Sabadell is a lender to downstream solar – and a project owner through its SINIA Renovables unit – Aurica decided, as a generalist investor, to focus instead on PV suppliers. The firm had noted the forecasts of a solar boom and thought it would unlock potential in the broader PV supply chain.

“We decided to start looking into PV tracker businesses,” the source pointed out. “The rationale was that we believe this is a segment of the solar industry that brings a certain added value and has had a longer trajectory than others.”

The ‘robust’ offering of a 3GW-plus tracker specialist

The arrival of a private equity backer comes almost 25 years after STI Norland launched in Pamplona, a city in Northern Spain where it is still based. The Blanco family – STI Norland’s previous full owner – will retain going forward the 58%-plus stake Aurica does not control, PV Tech understands.

Since its foundation in 1996, STI Norland has come to be known for its single-axis solar trackers and fixed-tilt PV structures. Having closed supply deals for PV plants in Spain, Latin America and others in recent years, the firm claimed last September to have passed the cumulative 3GW mark.

Details around STI Norland’s financials, as well as the price paid by Aurica for its stake, have yet to be disclosed. However, the investor typically spends €10-30 million (US$10.8-32.5 million) to back Spanish firms where revenues and EBITDA surpass €30 million and €5 million, respectively.

The source approached by PV Tech said STI Norland was not the only PV company considered by Aurica, who also examined “several interesting firms” in the PV tracker segment and others. STI Norland was chosen after it was found to tick all of Aurica’s boxes, the source adds.

“We saw the company had grown sustainably over time and had a robust product offering as well as geographic diversification,” the professional explained. “In addition, the business plan was very attractive, and we had confidence that the management team would be able to see it through.”

Aurica’s solar debut comes as its parent Banco Sabadell continues to pour money into installations in Spain. The bank has been enlisted to support, through loans and credits, Solaria’s PPA-backed pipeline (108.5MW) as well as Renovalia’s fully merchant scheme (79.2MW).

Asked if Aurica will also evolve to back downstream solar developers one day, the source said it would be “trickier”. The market does have interesting projects but pure-play development would expose the investor to a high degree of return volatility, they pointed out.

The source seemed similarly skeptical about future investments in PV module makers – Aurica’s Spanish focus would complicate finding competitive firms – but said energy storage may become a solid bet in the long term, once it has had the time to mature.

Quizzed over STI Norland’s next steps with Aurica’s support, the professional said the focus will lie on international growth. A roadmap is being put together mapping out where the tracker maker will expand into, replicating the model the business has followed in Europe and North America.

29 November 2022
PV ModuleTech EMEA in Madrid on 29-30 November 2022 will address the factors underpinning the changing PV module landscape, gathering together all the key stakeholders across the value-chain from module production to field testing. Join us for presentations from the leading players in the sector, clearly identifying the opportunities and challenges set to impact module supply to Europe and the Middle-East over the next few years.
dual-axis tracker, europe, largescale2020, lss2020, pv trackers, southern europe, spain, sti norland