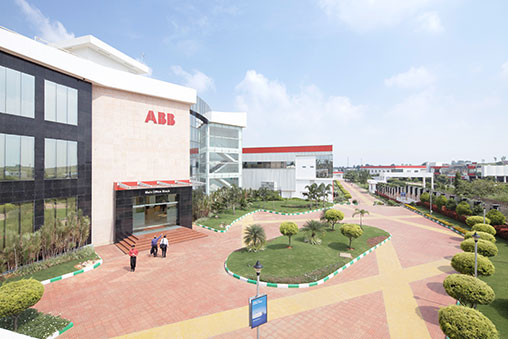 Technology giant ABB has completed its strategic retreat from the solar inverter sector, but insisted it is not yet done with solar PV.

Today, the Zurich-headquartered group confirmed it has finalised the divestment of its inverter business to Italy-based FIMER, a transaction first announced in July 2019.

The handover of the solar inverter assets – including a business ABB had acquired from Power-One in 2013 – makes FIMER the world's fourth largest solar inverter supplier, the Italian buyer claimed in a separate statement on Monday.

As a result, the terms of the deal will see ABB effectively pay – up to US$430 million – to divest the business unit. Three-quarters of that sum is payable to FIMER between now and 2025. In addition, ABB has so far recognised a further US$40 million in carve-out costs.

Commenting on the deal, buyer FIMER said that the takeover of ABB's unit will boost its presence on a global scale. The combined business will have three manufacturing plants and two R&D hubs, taking its forecasted inverter shipments for 2020 to in excess of 7GW.

The Italian firm also said that it would be looking to leverage ABB’s R&D presence to bring forward the development of advanced technologies in relation to solar inverters, namechecking blockchain and “cutting-edge miniaturized products” especially. The continued growth of distributed solar is expected to be a boon for the combined unit, as are microgrids.

Filippo Carzaniga, CEO at FIMER, said that the company’s “next level strategy” is focused around the expansion opportunities of solar PV and its “core role” in the clean energy transition, hence the decision to bolster its solar inverter business with the acquisition.

“We strongly believe this significant enlargement of our offering will represent a further step to serve all customers in all PV market segments and it will boost our position in a very competitive arena,” Carzaniga said.

“The size and importance of the solar business has rapidly increased in the last few years and we believe this is a tremendous opportunity for us to create customer value and business growth,” the CEO added.

In a statement issued to PV Tech in July last year, ABB had said both it and FIMER would be working to guarantee a “smooth transition” for customers, as well as for the 800 employees the division currently employs across more than 30 countries.

However, there has yet to be any indication as to possible lay-offs as FIMER integrates it into its own solar inverter business.

This week, ABB said the transaction will allow the firm’s Electrification business unit to focus primarily on priority growth markets. Tarak Mehta, the division’s president, described it as “another step forward in our strategy”.

Mehta went on to say however that ABB was not turning its back on solar entirely.

“ABB will continue to integrate solar power into a range of solutions for smart buildings, energy storage and electric vehicle charging throughout intelligent low- and medium-voltage offering [sic],” he said.

4 October 2022
Solar & Storage Finance USA, the only event that connects developers to capital and capital to solar and storage projects, will be back in November 2022.
abb, fimer, finance, inverter, m&a, r&d