ANALYSIS: Can a restructured Yingli keep up in a new era of capacity expansions? 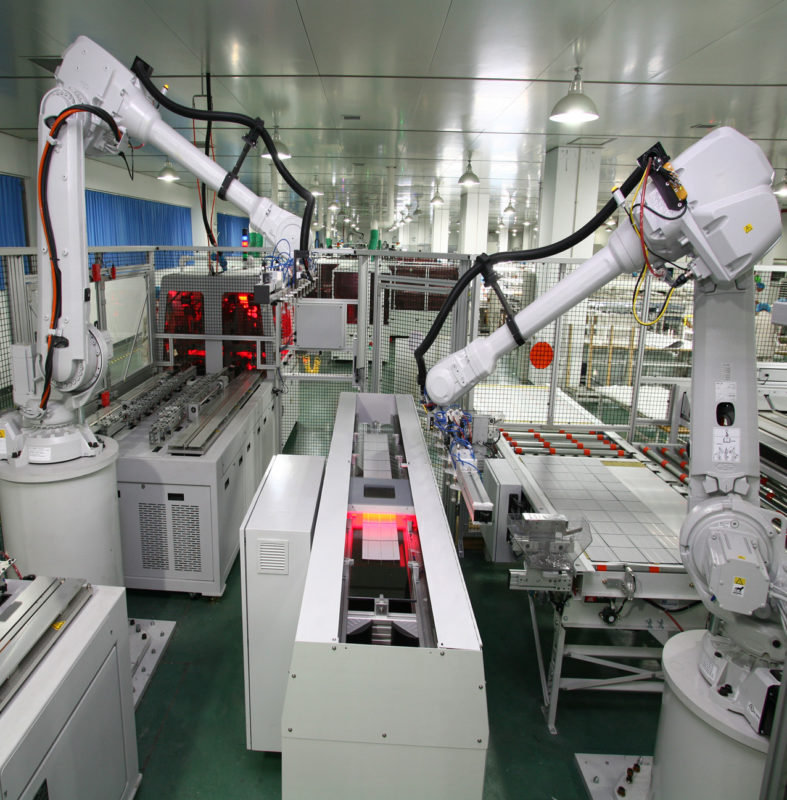 After years of travails, Yingli Green Energy has confirmed the details of a major restructuring plan it says will help it reach the summit of the global solar PV industry once more. PV Tech has received exclusive insight into what the restructure entails, published yesterday here.

Speaking to PV Tech, Yingli CFO Yiyu Wang noted that within a timeline of two to three years, Yingli’s annual nameplate capacity would be in the range of 8GW to 10GW. With Yingli once having around 4GW of in-house module assembly capacity, now down to around 2GW, matching its key rivals will be a challenge.

Considering PV Tech’s analysis of recent capacity expansion announcements, 10GW of nameplate capacity is highly unlikely to provide Yingli with a route back to a top 10 ranking. Indeed, the scale of capacity expansion announcements by key rivals in the last two years means the likes of Trina Solar, JinkoSolar and LONGi Solar will be reaching module capacity levels in excess of 30GW each and beyond in this timeframe.

Yet, the company plans to be more agile, following the success of JinkoSolar, Trina Solar and Canadian Solar of limiting capital expenditure on in-house solar cell capacity and partnering with major merchant cell producers such as Aiko Solar and Tongwei.

“We are not looking to become a simple top three type of entity, especially after learning the mistakes we made in the past years. We found that the quality somehow could be more important that overall quantity,” Wang said.

Instead, the ‘new’ Yingli wants to strike a balance between in-house production capacity and external capacity, including partnering with OEMs and forming other joint ventures. “Internally, production would account for more than half, slightly more than fifty percent and third-party cooperation’s make up the balance,” the CFO added.

“The third strategy is to recover the international sales as quickly as possible as we have a reasonable market share in China as we are on the short list for almost every state-owned power generation company but in the overall global market we have had bankability issues but many companies of course have known us for a long-time.”

“The next strategy is that we will make our product high-efficiency with p-type mono PERC [Passivated Emitter Rear Cell] technology, which will become the standard, which we must be able to produce [in volume] but meanwhile we must focus on the n-type technology, not necessarily the Panda technology but like the TOPCon [Tunnel Oxide Passivated Contacts] technology and heterojunction. We believe we will have reasonable diversity in high-efficiency modules.

“Then, in regards to R&D spending, I would say given the historical patents we have and what our competitors have now, I believe a percentage of between three and five overall of revenue is a reasonable amount that a competitive company should invest in R&D, especially in the solar cell area. We have also reserved funding as we have a TOPCon testing lab that is pushing towards 24 percent efficiencies, we have never stopped in R&D,” Wang added.

According to PV Tech’s annual R&D spending analysis of PV manufacturers, Yingli indeed has been committed to R&D activities over the long-term, despite its financial struggles.

In the chart below, Yingli was the clear leading in annual R&D spending amongst its clear rivals in 2014 and in 2015, despite spending cuts that year that have continued through to 2018. PV Tech has estimated that R&D spending in 2019 fell to around US$10 million. 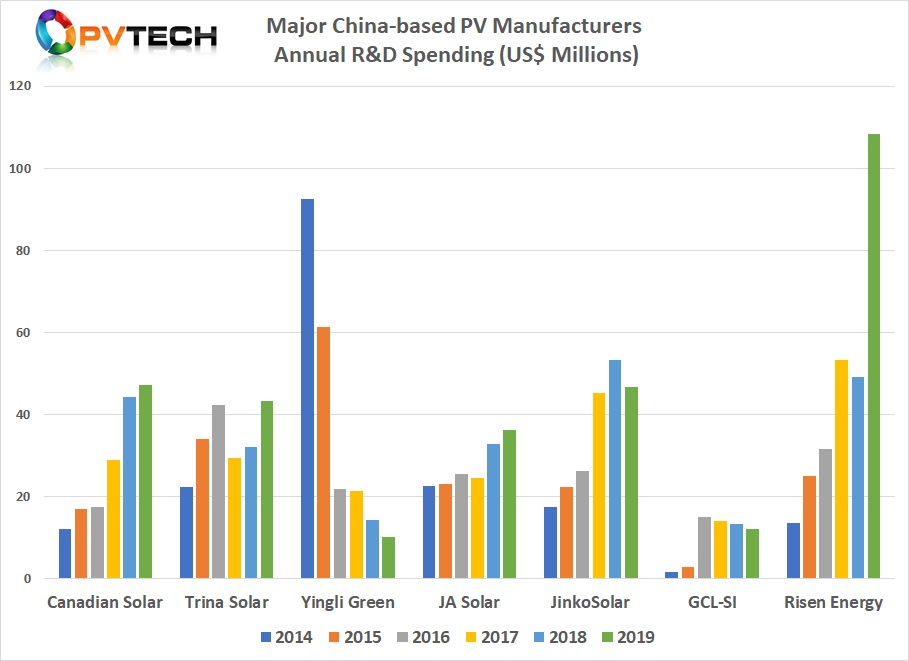 4 October 2022
Solar & Storage Finance USA, the only event that connects developers to capital and capital to solar and storage projects, will be back in November 2022.
china, finance, jinkosolar, longi, manufacturing, restructure, upstream, yingli, yingli green