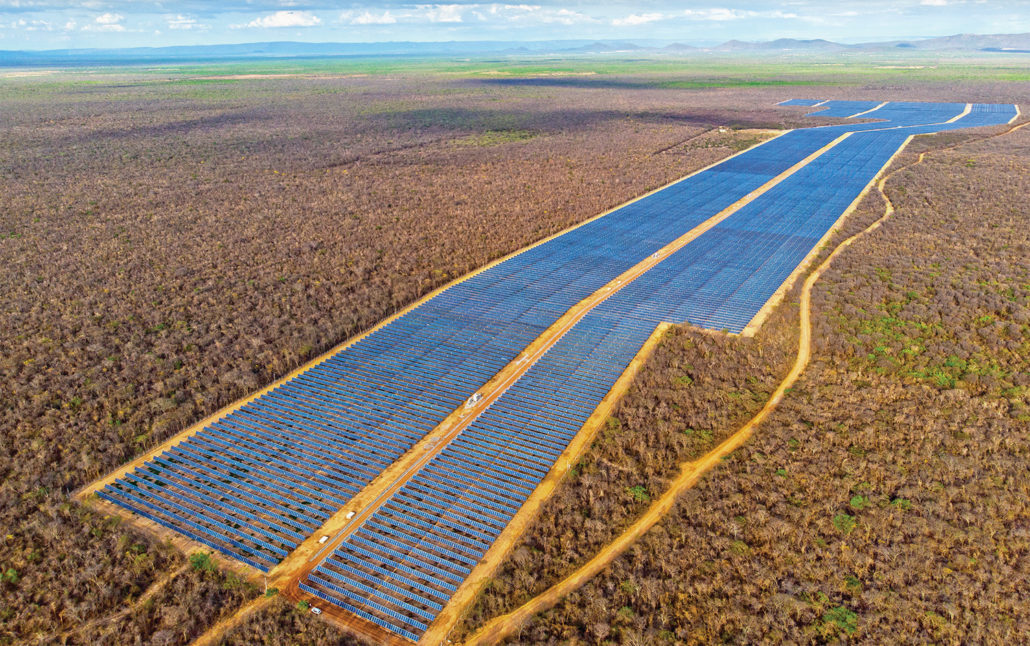 Atlas Renewable Energy has inaugurated its first operational PV project in Brazil, with the company completing the 67.1MW São Pedro solar plant in Bom Jesus da Lapa, located within the state of Bahia.

Construction began in January 2017 for the installation, which is split between a pair of sub-plants. Financing for the site was secured through the Banco do Nordeste (BNB), along with an equivalent sum of commercial bank guarantees from BTG Pactual, Banco ABC Brasil, and Banco Bradesco.

Contracted under a 20-year PPA Chamber of Electricity Commercialization (CCEE) through the Brazilian government’s energy auction in 2015, the plant’s 204,120 PV modules were installed over an area of more than 150 hectares. Now completed, the site is projected to generate 150 GWh annually.

This energy output can power roughly 82,000 homes per year, while also cutting the emission of more than 61,125 tons of carbon dioxide. The São Pedro project created 696 direct jobs during its construction, while announcing other programs in the community that reached more than 1,500 individuals.

Atlas Renewable Energy’s Brazilian portfolio features another three projects currently under construction and development, namely Juazeiro and Sertão Solar in the state of Bahia, and Sol do Futuro, in Ceará.

Luis Pita, Atlas Renewable Energy’s general manager for Brazil, said: “Atlas Renewable Energy’s success in Brazil is attributed to three key factors: our commitment to the Brazilian market, where in just two years Atlas Renewable Energy has established itself as the second largest player in the Brazilian solar energy industry; our dedication to the growth of the local communities where we operate, where we offer local services based on their needs allowing us to support their development; and the third aspect is the transfer of technologies, where we aim to raise the bar in the industry by providing our engineers with the knowledge of the most advanced technologies, and ways to implement them in our plants. We aim to continue growing and expanding throughout the region and will always bring our standard of excellence to every project we develop.”