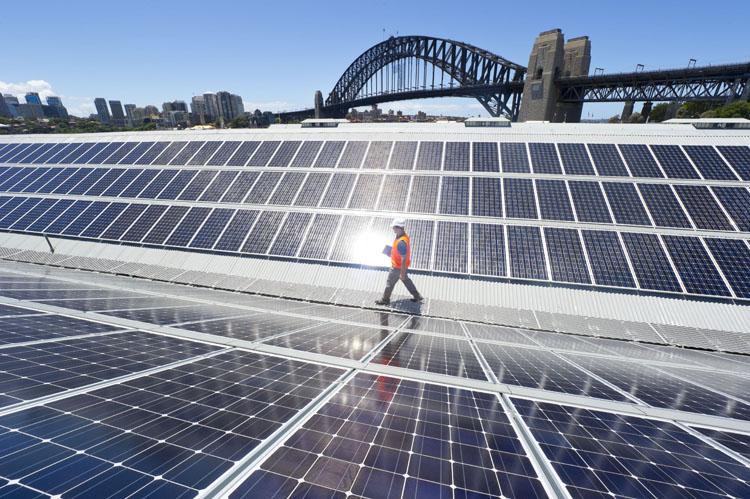 Yet another bright forecast has emerged for renewable energy prospects in Australia this year, with record installations now being predicted after a slump in the second half of 2019.

Consultants at Rystad Energy said this week the country could commission up to 3.6GWac of solar and wind capacity by the end of 2020, a “new record” after 2019’s figure of 2.6Wac.

According to the firm, last year’s third and fourth quarter witnessed the lowest volumes of ready-to-build solar and wind projects Australia has seen in any quarter over the past three years.

This year, however, Rystad expects a comeback. Particularly in H2 2020, green energy projects backed by PPAs and government auctions are due to enter construction, said Gero Farruggio.

“[Renewable] developers will be shifting to more favourable parts of the grid in Victoria, New South Wales and Queensland,” added Farruggio, who is Rystad’s Head of Australia.

New South Wales, continued senior analyst David Dixon, is the lead state given that it hosts alone more than half of the green energy pipeline nearing construction Australia-wide.

The optimism around Australia’s utility-scale renewable prospects in 2020 emerges just days after a strong year was also predicted for the small-scale solar segment.

The upbeat green energy forecasts contrast with Australia’s environmental challenges in the final leg of 2019, with deadly bushfires fueling a controversy around the country’s climate policies.

Warnings around renewable funding drops are piling up from various corners. According to recent BloombergNEF stats, Australia’s investment in green energy dropped 40% to US$5.6 billion in 2019.