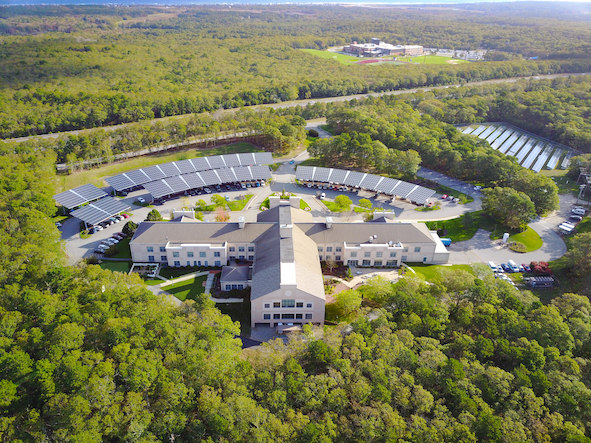 In open letters published on Tuesday and addressed to CEOs and clients, BlackRock chairman Larry Fink explained that the firm would be exiting investments that have “high sustainability-related risk,” starting with companies that generate more than one-quarter of revenue from thermal coal production.

It will also “closely scrutinise” businesses that are heavily reliant on thermal coal, in order to gauge their efforts to wean themselves off the fuel.

Fresh measures will be established to ensure that environmental, social and governmental risk is evaluated with the “same rigour” as traditional risk measures, such as credit and liquidity.

This includes US$50 billions-worth of existing funds and products, including green bonds and a renewable power infrastructure business active in the solar and wind markets.

BlackRock manages a portfolio of around US$7 trillion of assets on behalf of investors.

Tuesday’s missives mark a major milestone for the American asset manager. The firm has come under fire from climate activists for its reticence to respond to climate change, as well as the tens of billions of dollars it has invested in companies producing fossil fuels or contributing to Amazon deforestation.

Fink stated that the firm would be taking a more active role in the transition to a low-carbon economy in the future.

“We believe we have a significant responsibility – as a provider of index funds, as a fiduciary, and as a member of society – to play a constructive role in the transition,” he said.

Fink warned CEOs that BlackRock’s clients are concerned by both the physical risks of climate change and the ways in which climate policy will impact prices, cost and demand across the economy.

“These questions are driving a profound reassessment of risk and asset values,” he wrote.

“And because capital markets pull future risk forward, we will see changes in capital allocation more quickly than we see changes to the climate itself. In the near future – and sooner than most anticipate – there will be a significant reallocation of capital,” Fink predicted.

6 October 2021
The future is bright for a new era of US solar and storage, and the 8th annual Solar & Storage Finance Summit will provide opportunities to discuss solutions to the industry’s challenges and provide a networking platform designed to bring together the top minds in the industry to do business. With a mix of high-level, informative presentations and panels, a stellar cast of speakers and audience members with deal-making capacity, the 2021 edition of the event will be a sell-out success.
asset management, blackrock, capital markets, finance, sfi2020, us, usa

September 21, 2021
Pressures on PV plant performance have led the solar industry to be more demanding and forensic of the data operational projects generate, as well as the power. Jules Scully explores the growing role software is playing in the utility-scale solar arena and how it must evolve further still to meet expectations.