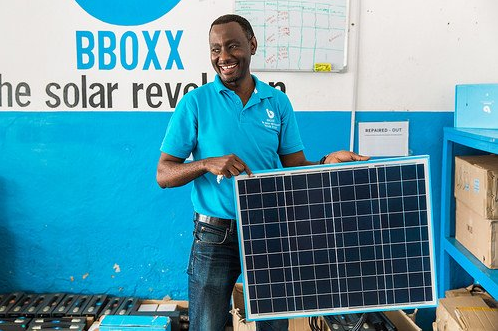 UK government-owned impact investor CDC Group has invested in several renewable energy-focused initiatives in Africa as part of a far-reaching commitment of US$400 million in African SMEs, unveiled at the UK-Africa Investment Summit in London this week.

The move comes as part of a British push to reaffirm the UK’s status as a major investor in Africa, particularly ahead of its forthcoming exit from the European Union and as it looks further afield for trade opportunities. Indeed, Prime Minister Boris Johnson called for stronger ties between Britain and Africa at the summit.

The investments by CDC, which claims to be the world’s largest bilateral development investor in Africa, are spread across multiple funds with diverse remits. A CDC spokesperson told PV Tech that these are generalist funds without a specific sector focus but could be used to invest in renewables if the right opportunity arises.

Two of the companies backed under the US$400 million latest round focus on solar power. For example, a US$20 million investment was in the Metier Sustainable Capital II fund, a South African private equity fund for renewables and resource efficiency projects – such as water and waste management practices – in sub-Saharan Africa.

Metier seeks to address the financing gap for commercial and industrial (C&I) power projects, whilst also attempting to demonstrate the bankability of these business models. It also focuses on supporting small-scale utility projects in Africa to reach financial close.

CDC has also signed a US$10 million debt agreement with Mettle Solar Africa to accelerate the roll-out of C&I solar energy in South Africa and Namibia. The firm focuses on systems in the range of 80kWp to 10MWp. According to its website, the firm deals in on- and off-grid PV solutions including hybrid solar-diesel plants and storage systems.

Mettle Solar currently has 15.4MW of capacity spread across 29 projects in operation in South Africa, Namibia, Kenya and Indian Ocean islands, with a further 12MW currently under construction. It plans to expand its footprint to other markets in Sub-Saharan Africa, including Angola, Mozambique, Tanzania, Nigeria and Madagascar.

Nick O’Donohoe, Chief Executive of CDC, said: “The commitments we have announced today will accelerate the roll-out of solar power and other renewable technologies and support the growth of countless SMEs – the bedrock of any healthy economy – across the continent.”

Overall, The UK-based financier is planning £2 billion (US$2.61 billion) investment in African businesses over the next two years, as it looks to double the size of its portfolio on the continent. Its investments at the summit included US$100 million in major Egyptian bank CIB.

In related news, another British firm, a private London-based off-grid clean energy provider named Bboxx has signed a memorandum of understanding with the Government of the Democratic Republic of Congo (DRC), with an aim of bringing clean electricity to 10 million citizens by 2024.

The firm has already delivered power to 200,000 people in the DRC in the form of clean energy mini-grids and has now set its sights on increasing this to 10% of the DRC population. Bboxx has already partnered with technology giant GE in the African country.