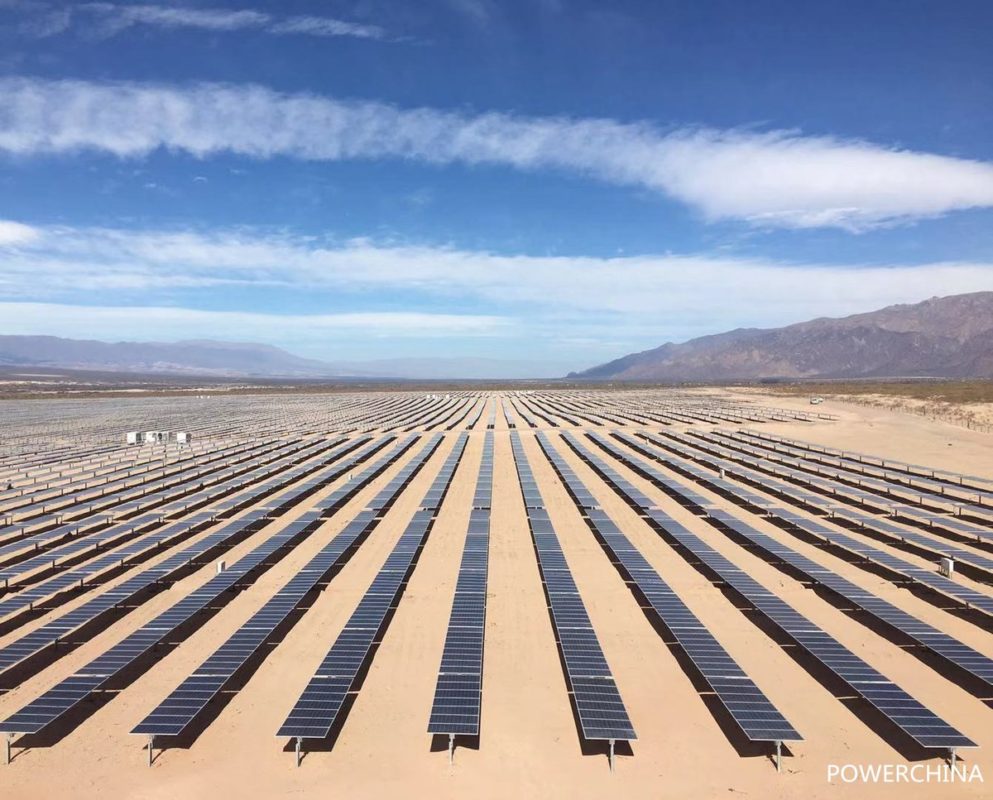 An Argentinian utility-scale PV project snapped up by Canadian Solar last year has started supplying power to the grid.

Over the weekend, Argentina’s Energy Secretariat hailed on social media the recent operational launch of Parque Solar Cafayate, built near the namesake town in the Salta Province.

The 97.6MW solar installation, the first to go live in the northwestern territory, was built by Beijing-headquartered group Powerchina.

The EPC was selected by owner Canadian Solar around April 2019, paving the way for construction works that required a workforce of around 200 people.

Canadian Solar acquired the project from an undisclosed buyer in March 2018, with plans at the time to connect it to the grid during Q2 2019.

In December 2018, Cafayate bagged US$50 million in non-recourse project financing from development banks CAF, BICE and the Bank of Buenos Aires City.

The goal, Canadian Solar said at the time, was for the project to secure an additional US$25 million in senior funding, with a view to hitting financial close in early 2019.

The RenovAr’s programme round 1.5 tender – which granted solar 516MW of 1.3GW of contracts – awarded Cafayate a 20-year PPA with state offtaker CAMMESA, priced at US$56.28/MWh.

In Argentina, the powering-up of a new project comes as the country’s 790MW-plus solar industry braces for the results of a smaller-scale tender – RenovAr round 3 – on Monday this week.

Restricted to 0.5MW-10MW projects, the ‘MiniRen’ auction has triggered 128MW worth of solar bids, with 18 PV projects offering the lowest average prices (US$57.9/MWh) of all renewables.

Cafayate’s builder Powerchina is also the EPC behind Argentina’s largest PV project Cauchari, which after several expansions could reach a 600MW size in the Jujuy province.