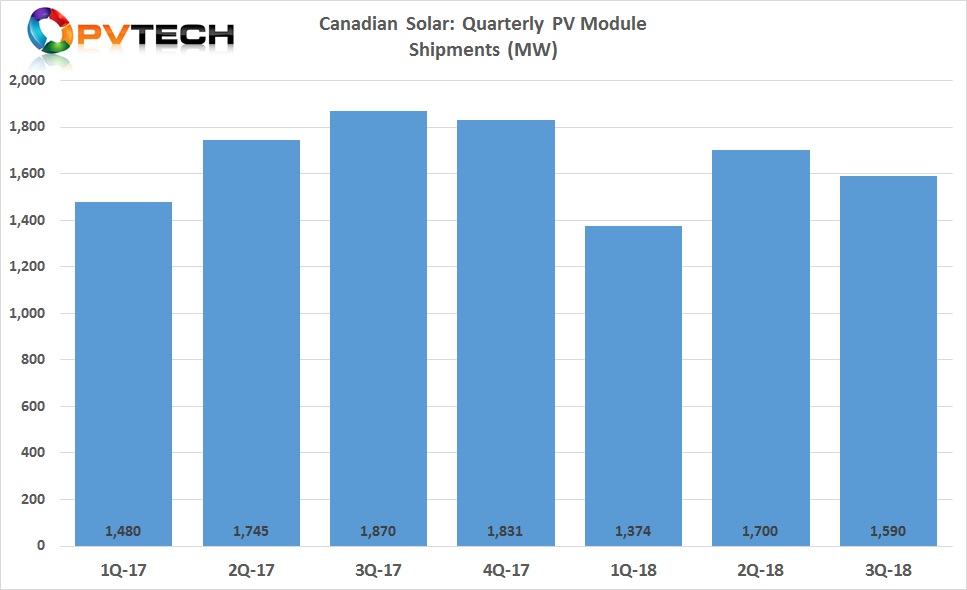 Canadian Solar set a personal quarterly module shipment record in the third quarter of 2017, when shipments topped 1.87GW. The revised guidance indicates that the SMSL is heading for a new quarterly shipment record.

As a result, Canadian Solar also revised its revenue forecast for the fourth quarter to be in the range of US$850 million to US$900 million, compared to the previous guidance of US$690 million to US$800 million.
The SMSL hit record revenue of US$1.42 billion in the first quarter of 2018.

Higher shipments and utilisation rates may be a contributing factor behind revised gross margin for the fourth quarter of 2018, which was said to be in the range of 27% to 28% compared to the previous guidance of 24% to 26%.  Gross margin in the third quarter of 2018 was 26.1%.

The SMSL has also been benefiting from very low wafer prices in the second half of 2018, supporting module margin improvements, despite ASP declines.

The company did not disclose why module shipments were significantly higher than previously guided.