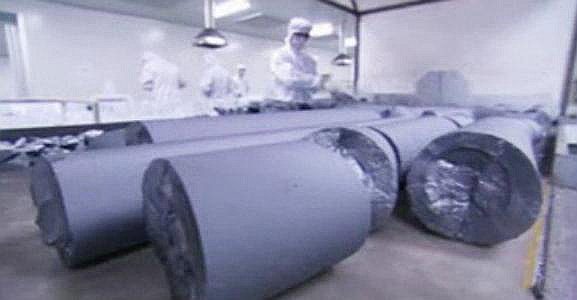 An investigation by China’s Ministry of Commerce of the People's Republic of China (MOFCOM) on polysilicon dumping by South Korean producers has resulted in only small tariff increases for the largest importers.

Notably, the world’s largest producer, GCL-Poly had not been a petitioner directly neither had Daqo New Energy directly, which is regarded as the lowest cost producer in China, due to its technological leadership in contrast to it nameplate capacity.

The main challenge for MOFCOM had been balancing anti-dumping tariff rates with the rapidly increasing domestic demand for high-purity polysilicon as the solar industry shifts to P-type monocrystalline and PERC (Passivated Emitter Rear Cell) technologies and future shift to N-type mono for IBC (Interdigitated Back Contact) heterojunction (HJ) cell technology.

Recently, PV Tech reported that major Korean-based polysilicon producer OCI Chemical was increasing the amount of production of high-purity polysilicon for mono wafers, which stood at around 42% of current capacity to around 60% of production capacity in 2018.

OCI is the largest supplier of high-purity polysilicon from Korea to China and Korean polysilicon producers account for around 20% of demand.

In contrast, China-based polysilicon producers have primarily supplied lower quality polysilicon that addressed the multicrystalline wafer market, which has dominated the industry for the last 10 years.

China-based producer Daqo is also shifting more polysilicon capacity to higher purity levels but overall, China demand is greater than supply resulting in the current dependence on imported high-purity polysilicon from the likes of OCI and German-based Wacker Chemie.

The price hikes of polysilicon in China recently has been noticeable as Daqo said that its third quarter 2017 polysilicon ASP was US$16.19/kg, representing a significant increase from the second quarter's ASP of US$13.58/kg.

Without imported polysilicon the ASP’s were simply climb higher. 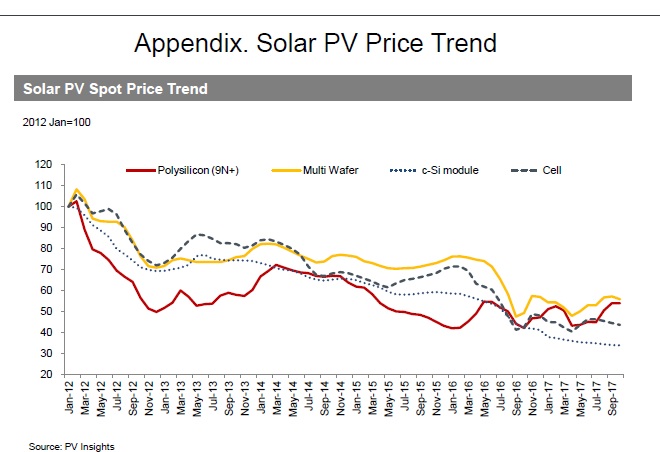 Therefore, MOFCOM decided to impose only small tariff increases on polysilicon producers from Korea that Chinese wafer producers mainly depend on, such as OCI Hankook Silicon and Hanwha Chemical.

New import duties on these companies include; OCI at 4.4%, Hanwha Chemical at 8.9% and Hankook Silicon at 9.5%. Several other polysilicon producers, which according to MOFCOM did not help in their investigations, were slapped with import duties of significantly higher.

However, according to an investor research note by financial analyst Philip Shen at ROTH Capital, the small tariff increases are still expected to raise production costs in China.

“We see this as an incremental negative to module vendor cost structures, but it is not as bad as the 50% we were hearing earlier this year,” noted Shen.