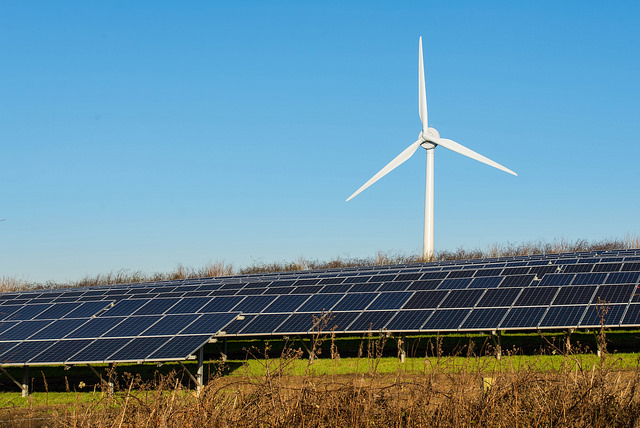 Maryland has officially achieved a clean energy victory as the General Assembly voted yesterday to override governor Larry Hogan’s veto of the Clean Energy Jobs Act in a 32-13 vote.

“Not only will this legislation create thousands of good-paying green jobs, it will put the State on the road to meeting our renewable energy goals – a vision shared by both Democrats and Republicans across Maryland,” senator Brian Feldman, one of the bill's sponsors, said in a statement.

Wind energy has already provided US$380 million of capital investment in the state, with wind turbine lease payments generating up to US$1 million a year in Maryland.

“We are pleased that Maryland lawmakers listened to their constituents today, paving the way for increased renewable energy in communities across the state,” said new president and CEO of the Solar Energy Industries Association (SEIA), Abby Ross Hopper. “The Clean Energy Jobs Act is named that for a reason. Today, the solar industry employs thousands of Marylanders who know first-hand that when you expand clean energy, you increase the number of well-paying local jobs.

“Today’s vote boosts the state’s renewable portfolio standard and sets Maryland on course for continued solar expansion and the economic and environmental benefits that come with it. We congratulate all those advocates who worked hard to get this accomplished, and look forward to continued progress.”

The bill has experienced a tough road, first passing in April last year before being vetoed by governor Hogan. Hogan argued a purported tax burden of between US$49 million to US$196 million by 2020 as his reasons for defaulting on the bill, which he dubbed an outright “Sunshine tax”.

However, the Maryland House voted to override the veto earlier this week, with the Senate following suit, making the Clean Energy Jobs Act state law.

“With the Clean Energy Jobs Act, we will see more renewable energy on the grid, more solar installers working across the state and less pollution from dirty coal plants. In the current face of fear, uncertainty and, at times, outright denial of environmental problems at the federal level, the Clean Energy Jobs Act proves that states like Maryland will not remain quiet on our country’s toughest challenges like climate change.”

6 June 2023
Join us in Napa to unlock the key to reliable PV module supply to the U.S. market in 2023 & 2024. We'll also be gathering the main players in the US solar market for some wine tasting!
bill, clean energy, jobs, larry hogan, legislation, maryland, rps, seia, seirra club, us, usa, veto, wind and solar