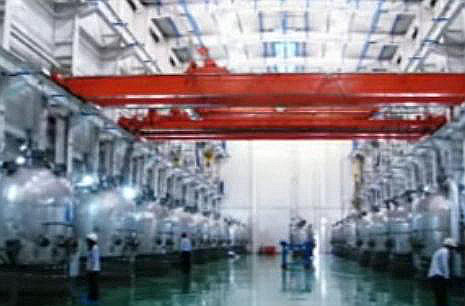 Gongda Yao, founder and CEO of Daqo New Energy said in its recent fourth quarter and full-year earnings call that it was experiencing a shift in the PV industry towards P-type mono wafers and cells.

“In particular, we are seeing a shift in industry trend, with rising demand and increasing manufacturing capacities for high-efficiency mono crystalline solar wafers and solar cells,” noted Yao. “This has translated to increased demand for high-purity semiconductor-grade polysilicon, which only very few Chinese domestic manufacturers are able to supply.

Such is the demand for polysilicon that meets monocrystalline wafers and cells that Daqo expects to shift around 50% of its 18,000MT annual capacity to mono-spec requirements. The company also noted that PV manufacturers were willing to offer pre-payments to secure supply, due to limited supply compared to demand.

The company has had to increase R&D expenses to US$2.8 million in the fourth quarter of 2016, compared to US$1 million in the previous quarter to ensure its ability to meet mono-spec requirements, which included process upgrades for quality enhancement, according to the company.

There would also be a knock-on effect of increasing capital expenditures in 2017, specifically for mono demand. Daqo noted that CapEx for the full year would be approximately US$40 million to US$45 million with a certain emphasis on production projects that were specifically designed to improve purity, such as upgrading on distillation systems with technology that removes impurities from the distillation process.

Daqo noted that due to the mono shift at certain Chinese cell producers it had won new customers was witnessing strong orders and robust pricing for high quality polysilicon with demand still exceeding its recently expanded production volume to 18,000MT per annum, up 6,000MT after completing its expansion in Xinjiang, China.

“The fourth quarter of 2016 was an important milestone for Daqo New Energy.  During the quarter, we successfully completed our annual maintenance work and interconnections between our new facilities and existing facilities in Xinjiang at the same time.  We also successfully completed all the construction and installation work related to Phase 3A polysilicon expansion.  As maintenance, construction, installation of new equipment, and interconnection of facilities were conducted concurrently, our annual maintenance for 2016 took longer than usual to complete. However, the combination of these efforts allowed us to start initial production of our expanded production capacity in the first quarter of 2017, months ahead of our original schedule. We have already reached full production throughput of 18,000 MT per annum by the end of February 2017,” said Dr. Gongda Yao, Chief Executive Officer of Daqo New Energy.

Wafer sales volume is expected to be approximately 23.5 million to 24 million pieces for the first quarter of 2017.