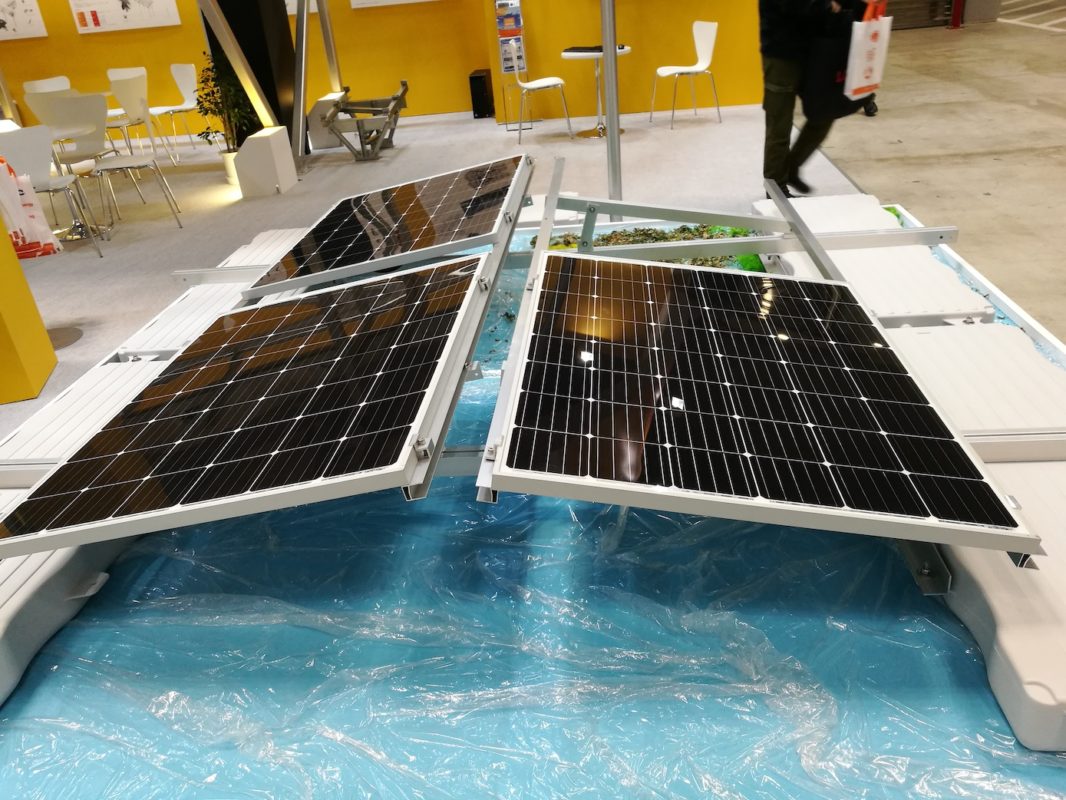 Part 2 of this blog is available here.

As listeners to the most recent edition of the Solar Media Podcast will have heard, this year’s edition of World Smart Energy Week in Tokyo – incorporating PV Expo, International Smart Grid Expo and several other co-located industry shows – took place under WHO rules.

That meant thermographic measurements of visitors every time you entered each hall, compulsory face masks within the halls and calls on visitors to use alcohol sanitisers on entry. At the time this very much felt like a worst-case scenario, and many exhibitors, not just those from abroad but also many of the big domestic players, took the late – but very understandable – decision not to attend.

We’ve since seen trade shows postponed or cancelled all over the world and now all gatherings over a certain size are curtailed in some territories. By contrast, the Tokyo show may have been undoubtedly muted and low key compared to the sometimes over-the-top, colourful and crowded affairs of previous years – but at least it did take place in some form.

This year’s expo marked the cancellation of keynote appearances by influential government sector speakers including the Ministry of Economy, Trade and Industry (METI), which sets everything from the feed-in tariff each year to the general tone of the business environment.

As a journalist, these are usually the best way to take stock of the policy and regulatory environment and in Japan, once policy is set, it tends to stay that way. Online presentations were promised as a replacement but these are yet to be made available, so we’re not able to say what would’ve been said, either. However, we can refer you back to our pre-feed-in tariff announcement exclusive, which helped to set the scene.

Instead though, an elder statesman of the solar industry, Osamu Ikki, founder and CEO of solar research analysis group and think tank RTS Corporation, took the stage for an extended keynote seminar, in lieu of the government speakers’ appearances.

RTS Corporation (also known as RTS PV) chief Ikki said he too had considered cancelling his appearance but decided that it is a critical juncture for solar in Japan. RTS has said that while the government target of 64GW of solar by 2030 is to be applauded and welcomed, the country could go even further – to as much as 150GW – by that year, if it made the most of rooftop space and smartly optimised its energy sector.

Ikki conceded that solar PV alone will not be able to drive the energy transition but said that RTS believes the industry's economic viability will be a given by 2030. By 2010, the world had already installed 70GW, which exceeded nearly all expectations.

Alongside this and alongside government commitments, corporate commitments need to be ambitious, Ikki said, applauding the RE100 movement but also stating that as a society, we need cost-competitive batteries to help integrate solar.

In terms of that integration, Ikki said that Japan's 2020s will be an era of solar self-consumption. Meanwhile, the 2030s will see PV as a core power source and the 2040s will have the technology become a primary power source in the country, which still has to import fossil fuels after shuttering dozens of nuclear power plants since the 2011 Great East Japan Earthquake. 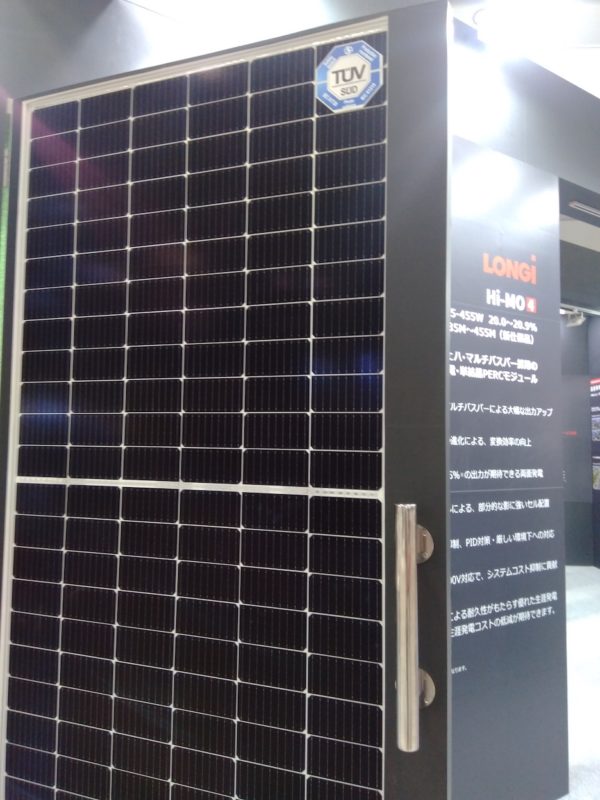 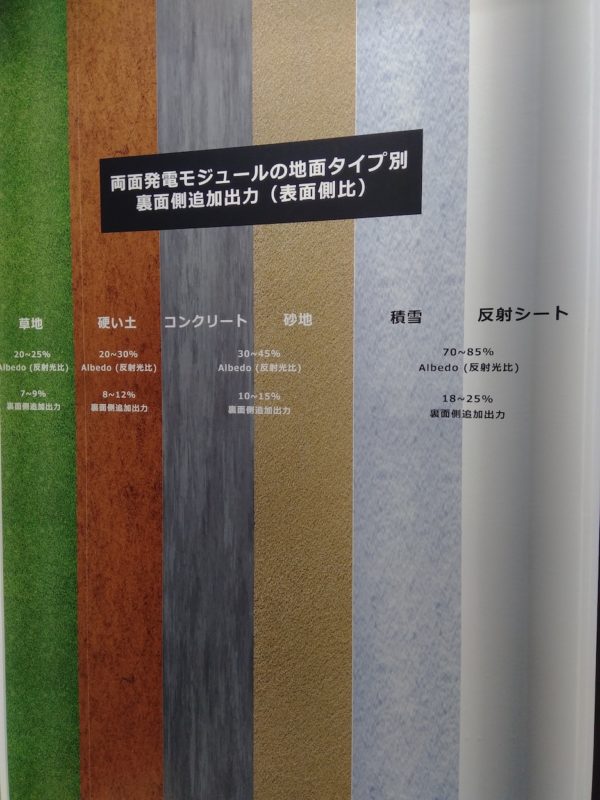 As you’ve probably read from ours and others’ Japanese coverage by now, the early rush of large-scale ground-mount plants has given way to rooftops and carports, with a mixture of commercial and residential solar now expected to dominate the market.

Some international providers with already established local teams were able to make the show, with the likes of Tesla giving slick presentations around the promise of Japan’s rapidly changing market landscape.

I made visits to the stands of other providers, including LONGi and SolarEdge, where I was given quick tours by members of those local teams. Fresh off the back of gaining the top AAA bankability rating in PV Tech’s market research ratings, monocrystalline PV module manufacturer LONGi showed off its latest high-efficiency, nine busbar, half-cell module, underscoring how packing power into efficient structures is rapidly changing the game.

As with many providers in today’s PV market, LONGi also showed off its bifacial modules, including the Hi-MO4 72-cell panel that peaks out at 430W. The company’s stand also displayed information about several projects in Japan that show the many forms of distributed project design that will characterise not just Japan’s, but perhaps PV markets all over the world.

These include bifacial ground-mount on open fields where different reflective surfaces have been laid underneath the modules; floating solar on agricultural reservoirs that not only generate power but help prevent evaporation; different configurations of solar modules on undulating terrain in often mountainous regions; and of course, commercial rooftop arrays that are growing in size and capacity.

Likewise, at SolarEdge’s booth, I was shown products designed with the specifics of the Japanese market in mind, as well as the full range of what’s available worldwide. For instance, the company maintains its cautious stance on rolling out batteries into the Japanese market, but had them on show, similarly trailing the capabilities for grid services through aggregated virtual power plants (VPPs) it has implemented in other territories like the US.

SolarEdge is however already providing inverters and other equipment to the various distributed scales of solar that will make up the Japanese market going forward, from low to high voltage PV arrays. The firm is also eyeing the significant opportunity for ‘repowering’ plants – which often centres around inverter upgrade or replacement – built in the early days of feed-in tariff support.

The company is already providing rapid shutdown technology to its inverters in Japan, which are mandatory in much of the US under fire codes or building codes but not necessitated elsewhere – yet. Perhaps most importantly, SolarEdge proudly displayed its recently-acquired JET certification credentials. Japan has among the most stringent regulations on technical equipment from both a safety and warranty performance aspect and gaining JET certification paves the way for full market participation including connection to the grid and interaction with power companies at all scales.

Stay tuned for the next instalment…

While held under testing circumstances, the show was still a brilliant showcase of what’s new in the international solar market as well as what’s new and expected to be big in the Japanese market.

In the next and final instalment, we’ll look at the energy storage elements of the show as well as report back from our conversations with Japan-based companies and their views on where the market is heading and what sort of technologies, companies and partnerships will be successful.

Read Part 2 of this blog, where we talk about some of the companies preparing for business in the solar market in post-feed in tariff (FiT) Japan and the close links with energy storage that this market is strongly expected to rely on, here.

You can also learn more about Japan's energy transition including its fast-changing solar – and storage – markets as well as feature articles and technical papers on a wide range of topics, in the latest edition of the quarterly journal PV Tech Power (vol.22), now available as a free download.