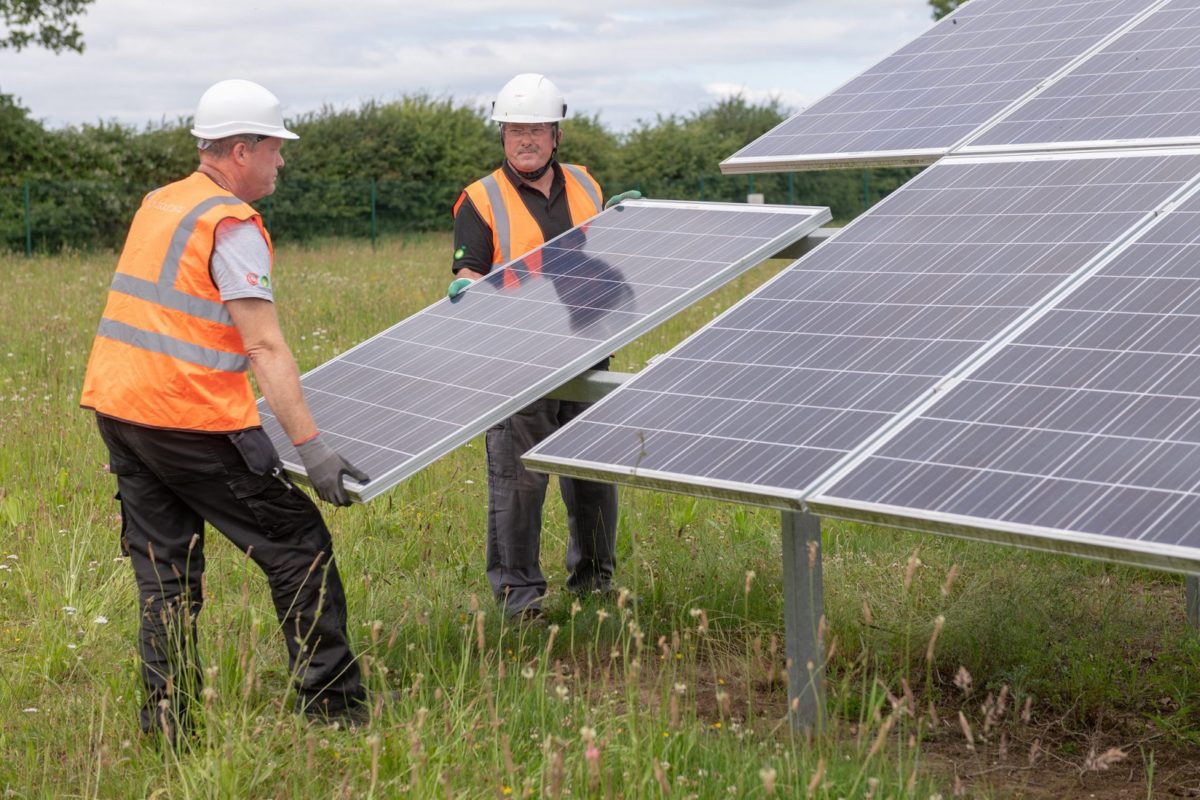 Greater digitisation will be a pivotal enabler for the utility-scale solar sector as it looks to deploy hundreds of gigawatts each year, Lightsource bp group COO Ann Davies has said.

In an exclusive interview with PV Tech, Davies – who joined the company from oil and gas major bp in September – said that the adoption of digitalised approaches throughout solar’s development cycle would be critical and could become a “real differentiator for growth” as the industry looks to upscale.

After a pandemic-stricken 2020, it’s widely expected that utility-scale solar deployment will surge in 2021 and beyond. The International Energy Agency, which crowned solar as the “new king” of electricity markets in October, last week said up to 117GW of solar could be installed next year, rising to as much as 140GW in 2022.

However these estimates are being billed as conservative by the solar sector, and PV Tech publisher Solar Media’s in-house market research team expect – pending the availability of raw materials such as polysilicon – production capacities from module manufacturers to reach 140GW this year.

Solar project developers are standing in wait to capitalise on this forecasted growth, with many racking up gigawatt-strong portfolios that span multiple continents. Lightsource bp is no different, having grown its own internal pipeline to more than 16GW.

These kinds of numbers represent considerable growth for developers, and Davies believes digital technologies and processes will need to be adopted in order to drive that kind of growth, ensuring developers have the right systems and data in place to make better-informed decisions in relation to project development.

“And taking that a step further, how we use data and artificial intelligence – when appropriate – to automate some of our processes and systems, which frees up the organisation to be more agile. It’s easier to be agile in a small company, but with growth you need to really protect that agility,” Davies said.

While solar PV, which remains relatively nascent as a major player in global power markets, is well versed in such approaches, there are improvements to be made.

“I think what we've got today is not bad, but I think that there's more that can be done. So how do we get higher availability, higher reliability? How do we get more efficient, agile project management?”

“It's an enabler, and I think it's an important enabler for large growth. And this is where the BP relationship can help us [Lightsource bp]. BP has put digital at the forefront of its strategy and its agenda, and we want to ride that wave as well,” Davies said.

More from this interview with Ann Davies will be included in the forthcoming December 2020 episode of the Solar Media Podcast. You can listen to the most recent episode here, or visit the back catalogue of episodes here.