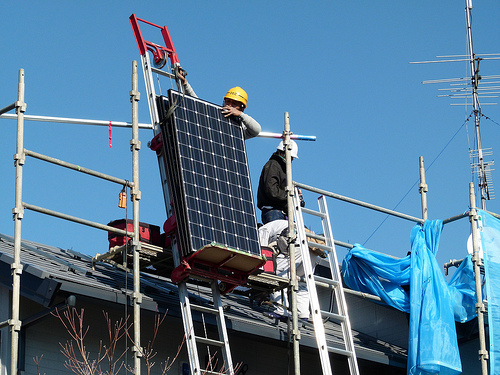 The Japanese PV market has enjoyed considerable prosperity over the last few years. 2012 saw capacity more than double thanks on the back of subsidies and new installations in 2015 reached a peak value of 10.5GW.

But as PV is a policy-sensitive industry, market turbulence was inevitable after a reduction to subsidies.

The FiT rate has experienced decreases for six consecutive years since 2013. The purchase price in 2019 is 26-28JPY/kWh for systems with capacity lower than 26-28kW, and 18JPY/kWh for those with capacity higher than 10kW. The Japanese Ministry of Economy, Trade and Industry announced in June 2019 a gradual elimination of the FIT.

“7.5GW was installed in 2019, and we expect 8GW to be installed in 2020, most of which comes from projects over 10kW,” Sun Xiao, country manager for Sungrow Japan, told PV Tech. Compared to the enormous 10.5GW in 2015, 7-8GW of growth represents only a degree of stable improvement, slightly better than the last two years.

To accelerate the drop in PV power cost, the Ministry of Economy, Trade and Industry initiated the competitive tender system in 2017 and further expanded the scope of tender in 2019, when the threshold for bidding fell from 2MW to 500kW.

MW-scale plants dominated the Japanese market in the past, but due to adjustments in subsidies and other policies, its percentage is falling year by year, while distributed and rooftop projects stand out and have become centre-stage.

Sun Xiao said, “The FiT subsidy system is, to an extent, keeping the LCOE up. The price is eventually paid according to electricity consumed. Now the Japanese government is introducing a competitive tender to reform the electricity system.”

LCOE in Japan is now around 11.8-14.6JYP/kWh, already cheaper than grid power, which has laid a foundation for the marketisation of PV power. According to some industry analysis, the LCOE will continue to fall, to a level as low as 5.3 to 5.7JPY/kWh.

A new round of growth for household energy storage

The shrinking Japanese market is also encouraging organisations to reflect on their strategy. Companies like Panasonic are gathering force in the household solar market and moving into energy storage. The Japanese authorities have set a quite ambitious target for energy storage, saying they would strive to improve Japan’s energy storage capacity by 2020, to a level representative of a 50% share of the global market.

Sungrow shares the same view as Panasonic. Sun Xiao said, “The Japanese solar market will be led by distributed PV in the future, while the whole market is likely to shrink a lot in 2021. We believe the prospect will be better and better for household energy storage.”

According to Sun Xiao, FiT becomes due for a total of 1.64 million households by the year 2023, equivalent to 6.7GW of capacity, offering an opportunity for energy storage which is likely to see a new round of growth then.

Sungrow is prepared for it, expanding its presence and providing better products and localised service to facilitate the development of Japan’s clean energy market. The company has spent years in Japan and was involved in many local solar and energy storage projects, such as the 10MW plant in Koka-shi in Shiga-ken, the 2MW plant in Kameyama-shi in Mi'e-ken and the 1.5MW plant in Kakuda-shi in Miyagi-ken. 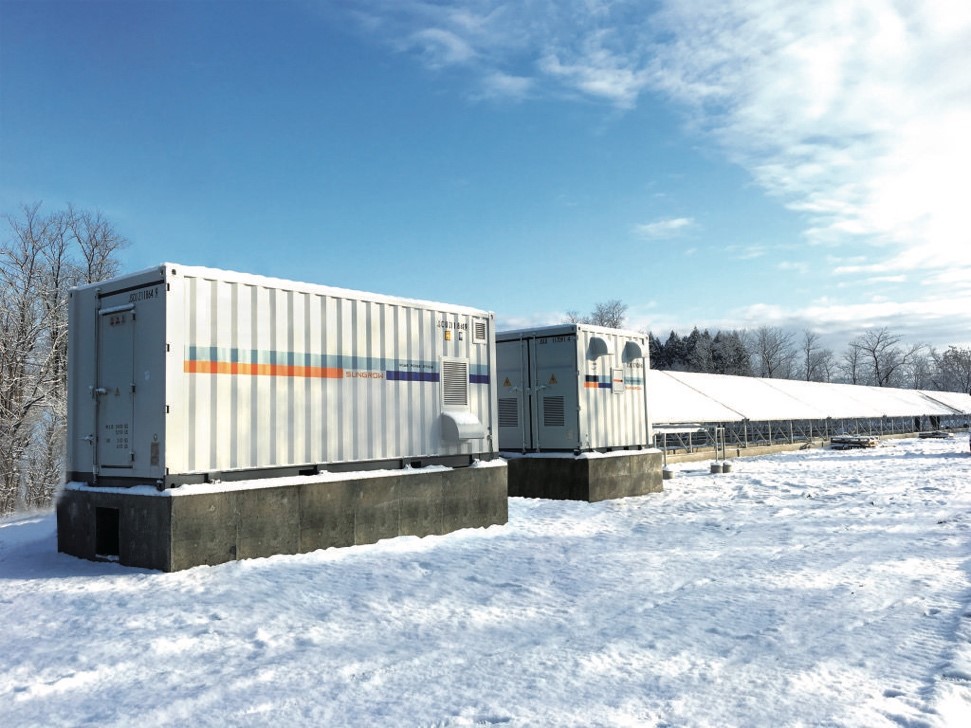 Sungrow is also providing energy storage solutions to projects such as those in Fukuoka (3.7MWh), Nagano (11MWh) and Hokkaido (21MWh). The company’s achievements have been recognized by both Japan’s solar industry and its mainstream media.

The declining solar market and price is putting pressure on Japanese manufacturers like Kyocera and Sharp, a number of small module producers having already gone bankrupt.  However, it is also an opportunity for international solar companies.

The solar price in Japan is still higher than the global average, thus attracting many well-known module, inverter, and support manufacturers to the Japanese market in recent years.

Known for its strict requirements on brands, quality and service, Japan is regarded as a “battle field” for advanced products. The PV Expo held every February in Tokyo proves such a competitive scene.  All major PV manufacturers in the world, such as Jinko Solar, Trina Solar, CSI, GCL, Risen, Seraphim, Sungrow, Huawei and Arctech, showcase their high efficiency products and best overall solutions at this expo.

Japanese property owners prefer high-efficiency products due to the unique features of the Japanese market. Only outstanding producers, either for modules, inverters or other BoS equipment, can establish a firm foothold in this market.

The tracker sector, for example, is a niche product in Japan. It already requires an extra effort, despite the local market not being necessarily anti foreign companies.

Arctech received a large number of price enquiries from some agriculture-solar integrated projects in Hokkaido and its first project of this kind, the skyline agriculture-solar project (Yuezhi project) is now near completion. Arctech is among the few overseas tracker manufacturers to have had success in Japan.

According to Gail Chen, Arctech’s India GM and president of the Japan branch, “Trackers are not yet a mainstream product in Japan, but with their increasing application in agriculture solar projects, big deals are on the horizon.”

Chen continued, “The company is working in-depth with many large IPPs and EPCs. The capacity of projects with our presence is going to be 1-2GW in the next 2 years. Based on agriculture-solar projects, Arctech is looking forward to more partners, and will consistently put great effort into the Japanese market.

Many other international companies, just like Arctech, are striving to enter the Japanese market. However, with the shrinking newly installed capacity, a smaller cake is intensifying the competition. In this situation, the lower-level competition model is unsustainable and companies can only succeed with better products and services.