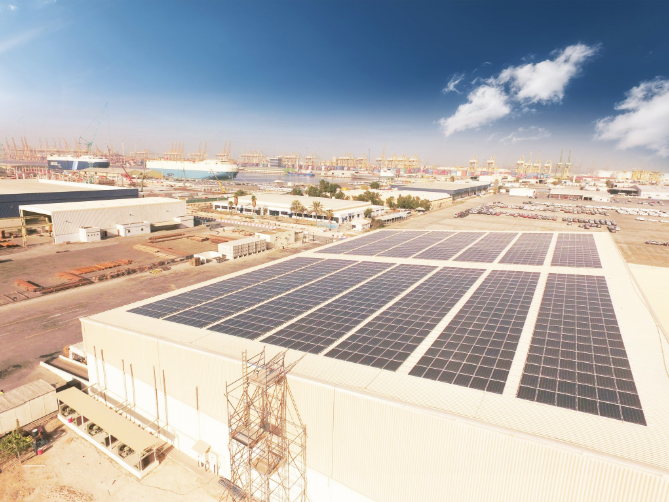 Some cool storage facilities are now running entirely on solar energy, while many other Jafza warehouses are set to become more energy efficient as DP World’s Solar Programme is rolled out over the coming years.

The project includes construction of what the company claims to be the largest distributed solar rooftop project in the Middle East, with the planned installation of the 88,000 rooftop panels, which are expected to produce enough clean power for the equivalent of 3,000 homes a year.

DP World group chairman and CEO, Sultan Ahmed Bin Sulayem, said: “Building green infrastructure allows us to reduce carbon footprint in our facilities. By investing in these projects, we also encourage the development of new skills, driving economic growth and job creation. It's a win-win for all.”

In May, Dubai Electricity and Water Authority (DEWA) signed a memorandum of understanding (MoU) with one of the largest shipyards in the Middle East to share its expertise in solar power. Drydocks World, a shipyard in Dubai that focuses on large crude carriers, is run by DP World, which is itself majority owned by Dubai World.

EDF Renewables and Masdar to collaborate on Israeli solar projects