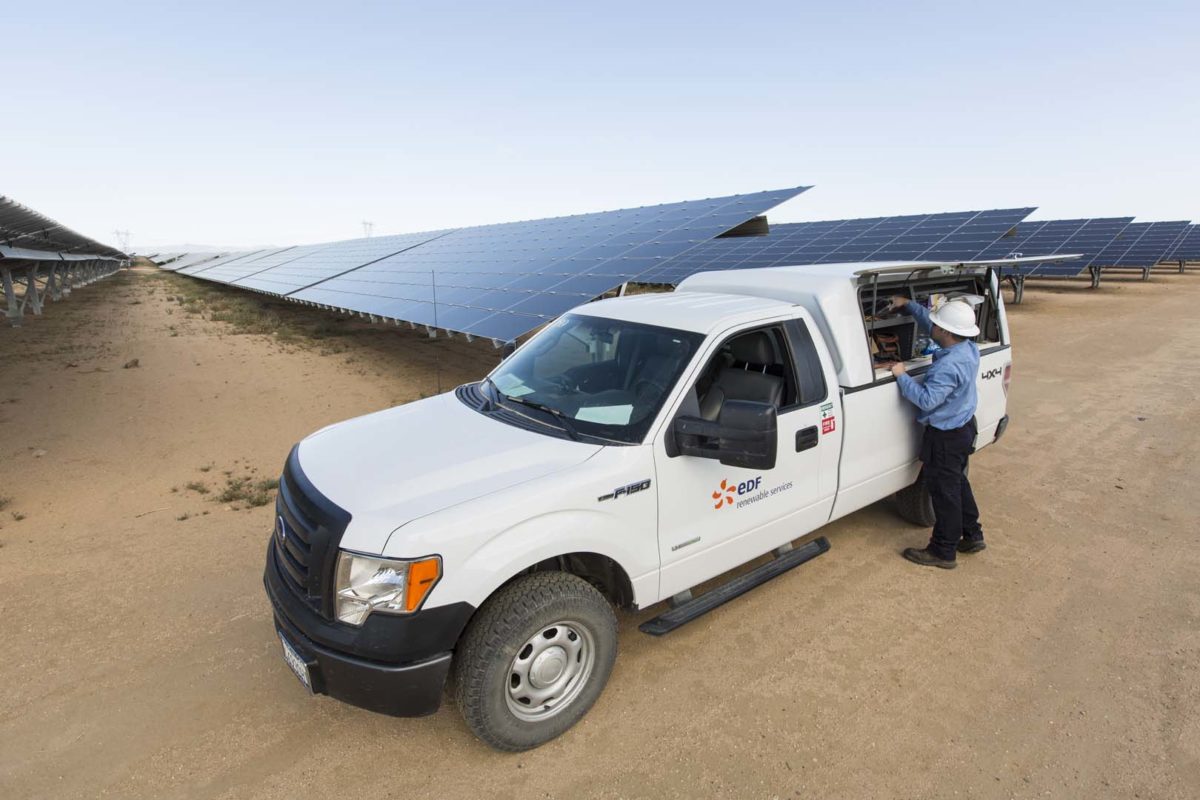 French utility EDF is launching a major solar-plus-battery storage hybrid initiative in England and Wales as part of plans to double its installed renewable base.

However EDF will not be alone, with an ex-state owned green investment fund having also unveiled plans to bring forward at least 1GW of subsidy-free solar farms in the UK, the majority of which are to be developed using trackers and bifacial panels.

EDF Renewables’ UK division announced today that it has enlisted the help of Welsh developer Octo Energy to identify and deliver 200MW worth of co-located solar-plus-storage projects throughout England and Wales.

Under the partnership, Octo will identify potential projects for EDF to deliver, collaborating with landowners and farmers in particular.

Mark Vyvyan-Robinson, director of solar and onshore wind development at EDF Renewables, said the utility was “regularly looking at innovative ways to invest in solar” while expanding its existing portfolio of sites in the UK, which stands at around 1GW, the firm said.

“These projects will enable us to contribute to the UK’s green economic recovery from COVID-19 and help the country reach its net zero targets,” he said.

The wider EDF Group has the established aim of operating a 50GW renewables portfolio by 2030 alongside another target of becoming Europe’s market leader in energy storage with an additional 10GW of storage by 2035.

And the firm has had a successful 2020 so far, having been widely reported as being behind the winning bid – alongside module manufacturer JinkoSolar – in Abu Dhabi’s tender to launch the 2GW Al Dhafra project in the Emirate. At US$0.0135/kWh, the winning tender is a world record low with a power purchase agreement (PPA) set to be signed later this year.

Performance within EDF Renewables also helped offset the impact of nuclear power outages which dampened the utility’s 2019 full year financial results, leading chief executive Jean-Bernard Lévy to say in February that the company was “forging ahead in all renewable energies”.

GIG has today announced a joint venture with UK-based renewables developer Enso Energy to bring forward a raft of unsubsidised solar farms, starting with an initial tranche of projects in England and Wales which are awaiting planning approval.

These projects will be backed by power purchase agreements and many of which, GIG said, would utilise trackers and bifacial solar modules to bolster the energy generation per area.

“The UK’s solar market holds huge potential to create green jobs and help the UK get closer to its aim of becoming a Net Zero economy. By combining GIG’s deep technical and financial capabilities with Enso’s highly experienced development team, our partnership has the skills and expertise to unlock that potential, bringing low-cost, low-carbon power to communities right across the UK,” Edward Northam, head of Green Investment Group Europe, said.

PV Tech publisher Solar Media’s series of virtual events continues with the Solar & Storage Colocation Digital Series, which is being held between 21 – 23 July 2020. The online event will uncover the nuts and bolts of co-locating solar and energy storage, bringing together financiers, developers, EPCs and many more. Further details of the event, including how to participate, can be found here.