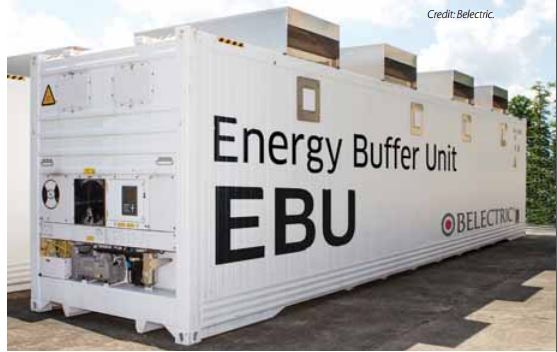 Distributed energy storage facilities in the US are set to join wholesale markets and compete to provide grid services after what’s described as the “single most important act” for the energy transition so far.

The United States Court of Appeal in the District of Columbia ruled last week against petitioning from the National Association of Regulatory Utility Commissioners and others which sought to prevent Federal Energy Regulatory Commission Order 841 from passing.

In doing so and allowing Order 841 to pass, distributed energy storage units can now compete with other assets, including fossil fuel resources, to provide grid services in wholesale markets.

FERC chairman Neil Chatterjee lauded the decision when it was handed down late last week, adding his consideration that it would be regarded as the “single most important act we could take to ensure a smooth transition to a new clean energy future.”

“…I’m extremely pleased that the DC Circuit denied the petitions challenging Order 841 on jurisdictional grounds and upheld our orders on the merits. The court found our actions to be well within our statutory authority,” Chatterjee said, adding that Order 841 and removing barriers for energy storage technologies had long been one of his top priorities as FERC chairman.

What is FERC Order 841 and why is it considered so important?

Order 841 states that barriers to distributed and behind-the-meter energy storage participating in wholesale electricity markets should be removed. FERC passed the bipartisan rules in February 2018 after a lengthy process that began with it being tabled in 2016, ordering regional transmission operators (RTOs) and independent system operators (ISOs) to reconfigure wholesale markets to accommodate storage resources to allow them to provide capacity, energy and ancillary services.

For more on this story and its impact, read the original version on sister publication Energy-Storage.news.

6 June 2023
Join us in Napa to unlock the key to reliable PV module supply to the U.S. market in 2023 & 2024. We'll also be gathering the main players in the US solar market for some wine tasting!
energy storage, ferc, grid services, order 841, policy, regulation, us