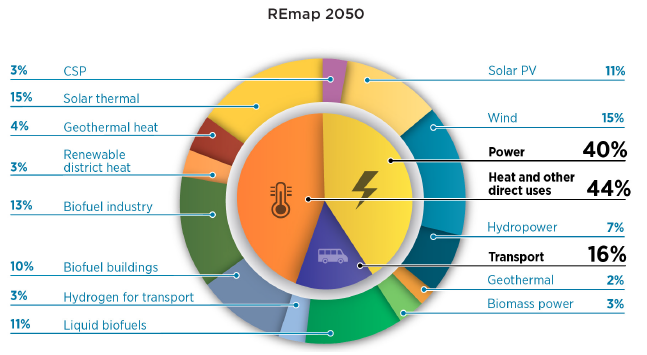 In their first ever collaboration, IEA and IRENA found that a total of 6 million jobs would be created, even when accounting for jobs lost in other industries. Further jobs will also be created in the energy efficiency sector. However, the report also found that losses at oil and gas companies could reach more than US$1.3 trillion if the transition is not managed properly.

The report stressed that efforts on the transition need to be stepped up urgently to stay in line with the targets of the Paris Agreement.

IRENA director-general Adnan Z. Amin, said: “Critically, the economic case for the energy transition has never been stronger. Today around the world, new renewable power plants are being built that will generate electricity for less cost than fossil-fuel power plants. And through 2050, the decarbonisation can fuel sustainable economic growth and create more new jobs in renewables.

“We are in a good position to transform the global energy system but success will depend on urgent action, as delays will raise the costs of decarbonisation.”

Costs of the energy transition up to 2050 are projected to reach US$29 trillion by 2050, roughly 0.4% of global GDP, but these costs are expected to then boost global GDP by 0.8% in the same period.

The report said renewable energy now accounts for 24% of global power generation and 16% of primary energy supply. All attempts to make wind and solar the largest power generating sources must also be accompanied by a major effort to redesign electricity markets to integrate large shares of variable renewables.

IEA released a report last week that sought to debunk myths and misinformation surrounding grid integration of renewables at early stages, saying that it “requires little extra effort”, but also explaining to policy makers what key steps are needed at latter stages.