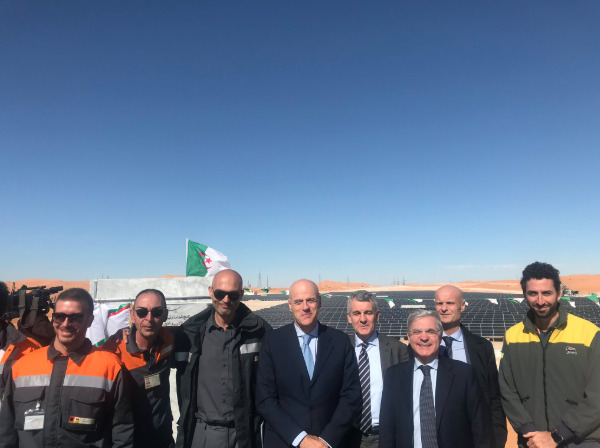 Eni and Sonatrach have also signed an agreement to implement the construction of a research and development (R&D) laboratory at the BRN site to test solar and hybrid technologies in a desert environment. They have also formed a joint venture focused exclusively on renewable energy in Algeria, having signed a memorandum of understanding to make such a partnership back in December 2017. The JV aims to set up solar projects at Sonatrach’s and Eni’s production sites, as well as in other locations in Algeria.

A Sonatrach release stated: “The objective is to locate the laboratory in a convenient area near the existing facilities and the 10MW photovoltaic plant at the BRN site to benefit from the synergy with ongoing operations. It is also a question of providing an innovative combination of performance monitoring system installations in a hostile environment but also to entrust the management and development of the laboratory to a Sonatrach-ENI joint team.”

Both companies have also signed more agreements related to oil and gas production.

Eni CEO Claudio Descalzi said: “This is a further step forward in the strategic expansion of our renewable energy activities in Algeria, starting with this site as a showcase for solar technologies. This plant shows the commitment of Eni in implementing a decarbonisation plan for long-term business sustainability, which is based on carbon impact reduction through the progressive implementation of renewable energy projects.”

Algeria’s Regulatory Commission for Electricity and Gas (CREG) recently issued a tender for 150MW of solar projects, made up of 10MW-sized individual projects.