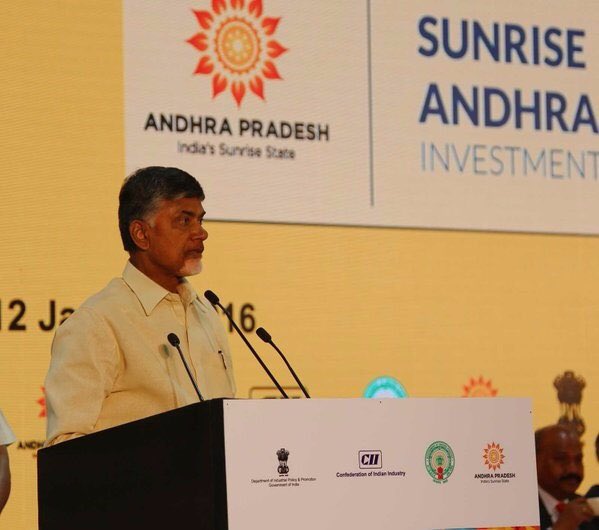 A consortium between India-based integrated utility and solar developer Essel Infra and China-based PV material manufacturer Golden Concord Holdings (GCL) has signed a memorandum of understanding (MoU) with the Andhra Pradesh government to invest US$2 billion in developing 5GW of module manufacturing capacity by 2020 in the Indian state.

The module manufacturing facility would cater to both the domestic and overseas PV markets, said and Essel Infra release. The project will also create 15,000 skilled jobs. The announcement was made during the recent Partnership Summit at Visakhapatnam.

The Essel and GCL consortium are also planning to build and operate a smart industrial park, along with a LNG Terminal, involving further indirect investment of more than US$10 billion by encouraging Chinese and other Indian manufacturers to setup multiple manufacturing facilities for various industries within the park.

Shu Hua, vice chairman of the GCL Group said: “We are very excited to be a part of the ‘Make in India’ campaign of prime minister Narendra Modi. GCL looks forward to contributing towards the progress of this wonderful country by not only bringing in investments but also the latest available technologies of PV industry.”

Subhash Chandra, founder and chairman of Essel Group, said: “Renewable energy is the key for the economic growth of our country. It will aid clean energy initiative of the government. Taking the lead, Essel Group intends to facilitate India's green energy requirement by delivering sustainable energy and creating value to empower people, communities and businesses.”

While utility-scale PV deployment stole the headlines in India last year, 2016 has already seen a number of annoucements regarding the manufacturing sector.

The Solar Energy Corporation of India (SECI) signed an MoU with the Russian Energy Agency for both entities to develop utility-scale solar PV plants and manufacturing facilities in India between the years 2016-2022.

14 March 2023
PV CellTech will be return to Berlin on 14-15 March 2023 and looking at the competing technologies and roadmaps for PV cell mass production during 2024-2026.
andhra pradesh, essel infra, gcl, india, manufacturing, modules