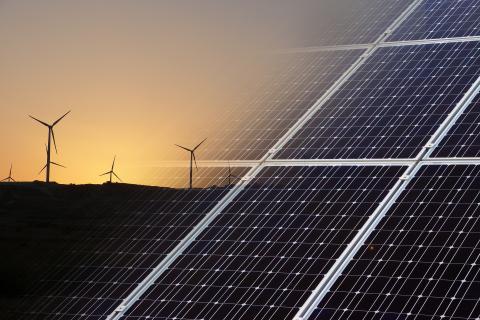 Islands in the EU can now benefit from a support mechanism for new renewable energy and energy efficiency projects that includes help with early-stage, pre-feasibility studies as well as technical and financial due diligence for more advanced projects.

The Clean Energy for EU Islands Secretariat, representing the European Commission, launched the scheme earlier this week, allowing islands to apply for such assistance up until the end of June. Support under the scheme will then be delivered by June 2020.

The scheme was launched at the 3rd Clean Energy for EU Islands Forum in Stockholm and Mariehamn, where island stakeholders and EU representatives met to discuss transition models and consider key technologies for islands. At the forum, 26 islands and archipelagos signed a pledge publicly stating their commitment to a clean energy transition driven by the local community and became part of the Clean Energy for EU Islands Initiative, that was launched in May 2017 in Malta.

The Secretariat provides guidance to islands on how to kick-start and advance their clean energy transition through stakeholder engagement, preparation of transition agendas, capacity-building, technical support on developing projects and financial plans as well as networking and community-building opportunities. Soon, it will also launch an online community to help islands connect and exchange relevant expertise.

Menorca published its 2030 energy transition roadmap in April targeting 85% renewable energy in its energy mix by 2030 and reducing the island’s current emissions by 71%.

In a Clean Energy for Islands release discussing Menorca's plan, it was stated: “Key actions identified to achieve this objective include the expansion and reconversion of the Milà area (currently dedicated to waste treatment), which will create a public area of ​​renewable generation through wind, photovoltaic and biogas hybridization. The plan further includes a commitment to promote photovoltaic self-consumption and the installation of renewables in urban areas; the establishment of local energy markets; the introduction of smart grids and storage technologies, and the commitment to energy efficiency in buildings.”

Plans for the introduction of electric vehicles are also in the making.

Also in April, members from the Clean Energy for EU Islands Secretariat visited Sicily and pilot island Salina to establish and strengthen their contacts in the region. During the visit, they met representatives from the three supported Sicilian islands: Favignana, Salina and Pantelleria. Here, several related projects are ongoing, such as the introduction of electric mobility and the installation of residential solar systems through a group purchase.

The Balearic islands have already been active in supporting solar already. For example, large car parks and buildings on the Balearic Islands will have to start incorporating PV panels starting next year under newly-passed legislation.

Furthermore, the Balearic PV ecosystem is to be subsidised with an up to €60 million new programme, meant to help multiply installed capacity by a factor of three within years.