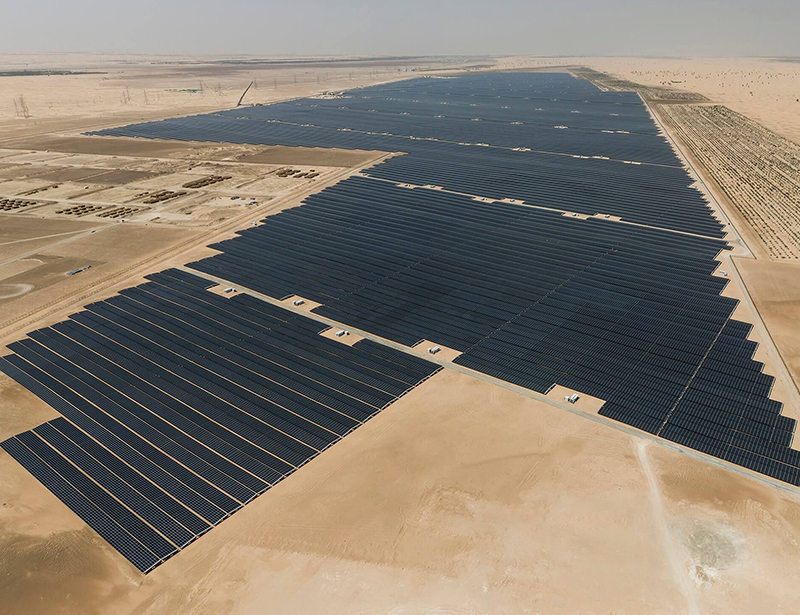 Having won the hotly-contested contract, the parties will now work to bring forward the project following the signing of a contract with Emirates Water and Electric Company (EWEC).

At a tariff price of US$0.0135/kWh, Abu Dhabi Power claimed it to be the world’s lowest tariff for solar when it was first announced in April this year.

EDF and Jinko were rumoured to have been the parties behind the bid at the time, however EWEC confirmed that to be the case this weekend.

Al Dhafra will feature some 3.2 million solar panels once complete and is expected to enter an initial generation phase in H1 2022, followed by full commercial operation in H2 2022. It will be owned 60% by a sub-consortium comprising Masdar and TAQA, and 40% by EDF and JinkoPower.

EDF confirmed it would use “the latest in crystalline, bifacial solar technology” when delivering the project, contributing towards high efficiency in the kind of irradiation conditions found in the Abu Dhabi desert.

Charles Bai, president of JinkoPower’s international business, said: “[The UAE] is an attractive environment for investors and underpins our strategy to continue investing in renewable energy projects in the UAE. The Al Dhafra Solar PV project raises the bar in the energy sector, and also sets the foundation to demonstrate how new records can be made.”