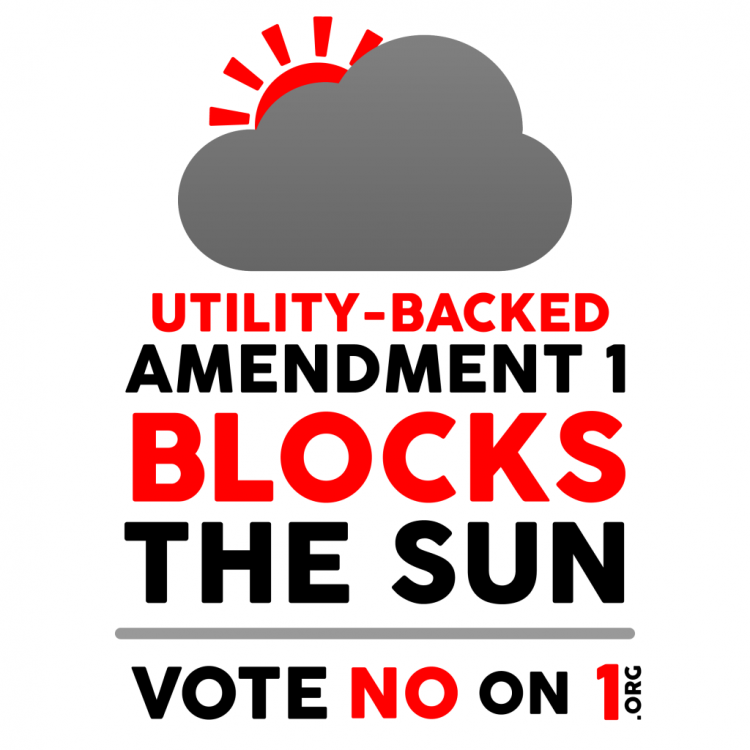 The Florida Supreme Court has denied the motions put forward by Floridians for Solar Choice and the Florida Solar Energy Industries Association (FSEIA) to declare the ballot summary for Amendment 1 as materially misleading.

“We are disappointed by today’s decision from the Florida Supreme Court as we know Amendment 1 to be a wolf in sheep’s clothing,” said Patrick Altier, president of FSEIA. “We strongly believe the proposed ballot measure is deceptive, and call upon the citizens of Florida to vote no [to] Amendment 1.”

Stephen Smith of Floridians for Solar Choice echoed this disappointment: “We wanted to give the Court an opportunity to clean up the mess they have made by approving this amendment for the ballot. Now its game on: we have a Solar Uprising happening in the Sunshine State. We ask everyone to Vote No On 1 and we look forward to Tuesday when we will kill this once and for all.”

In last-ditch efforts to gain support momentum for the Amendment, chief architects of the movement, Consumers for Smart Solar, have spent a further US$4.3 million.

Consumers for Smart Solar spent more than US$3.6 million on advertising between 22 October and 3 November. The group spent another US$526,508 on “consulting and advertising”, and US$91,520 on polling, according to reports.

This brings overall spending on the anti-solar campaign that aims to prohibit third-party ownership, to more than US$26 million.

Whilst the Supreme Court decision is a considerate blow to pro-solar interests, recent news suggests a sunnier outcome could be in store for the Sunshine State.

Polls last week indicated a sharp momentum shift; with support for the amendment down by more than 20% since the James Madison Institute scandal broke. Published by Saint Leo University, a new poll found that around 59% of voters support the amendment; down from around 84% last month and 81% in August. The measure would have to win 60% of the vote to become law.

New data does show that the result of the amendment vote is still too close to call, but things are looking less bleak than once assumed.

“I think it is amazing that with US$26 million dollars being spent on this campaign, that that is where it is today,” said former Florida governor Bob Graham, in a press conference. “It appears that support for Amendment 1 is declining because people are looking behind the false statements that are being made and they are seeing what the reality is. Fortunately, newspapers and other means of public opinion influence are weighing in on the negative aspects of Amendment 1 and that appears to be having an impact. It's going to be a very close election. I anticipate that there will be even more advertising done over the next week. And those who are for solar need to redouble their efforts in opposition to Amendment 1.”

In addition, on Friday, the Florida Professional Firefighters issued a statement withdrawing their endorsement of Amendment 1, citing the need to protect local government’s right to regulate the safety of solar energy production.

4 October 2022
Solar & Storage Finance USA, the only event that connects developers to capital and capital to solar and storage projects, will be back in November 2022.
florida, legislation, ownership, solar pv, us, usa, utilities