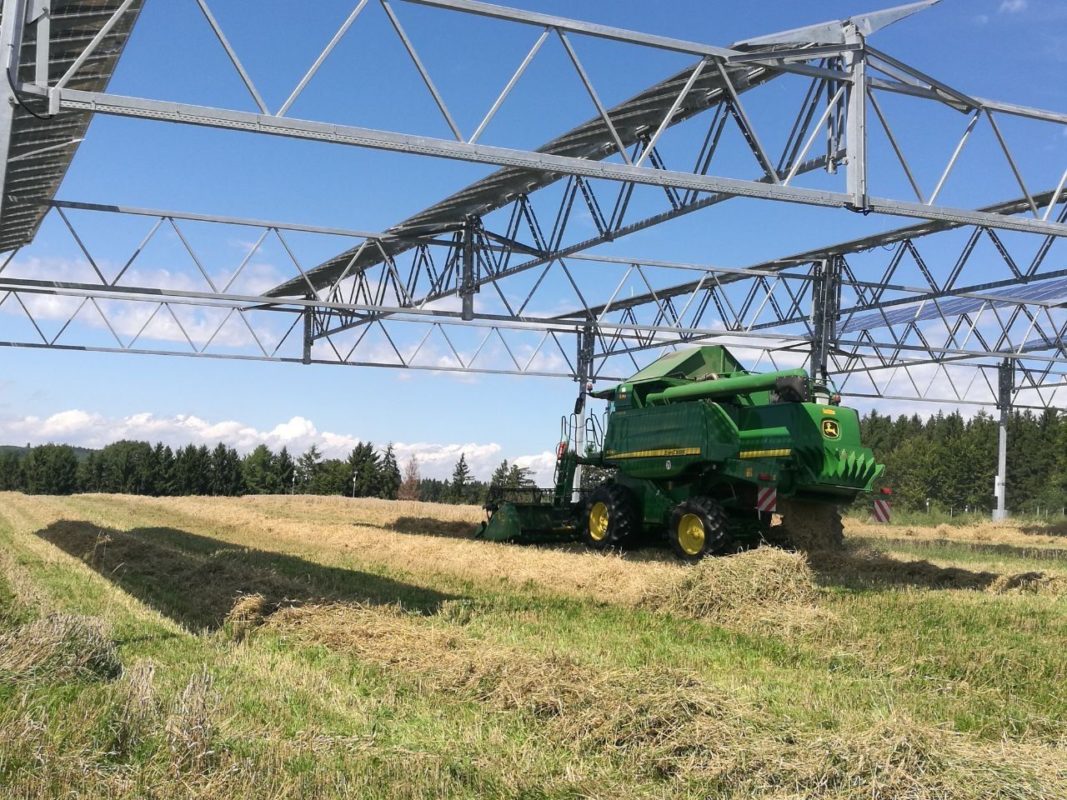 The conflict of agricultural land use for solar power plants could be a thing of the past after a science driven agrophotovoltaics (APV) pilot project near Lake Constance in Germany, led by Fraunhofer ISE has proved the viability of dual land use.

A year-long study at the pilot project, which uses bifacial solar modules to provide as much sunlight to the crops by limiting the shading impact on crop growth, has provided encouraging results.

Winter wheat, potatoes, celeriac and clover grass were said to have been the first crops to be tested, using a south-west orientation of the APV system and extra distance between the five meter high rows of bifacial glass-glass PV modules to ensure that the crops were exposed to uniform solar radiation. 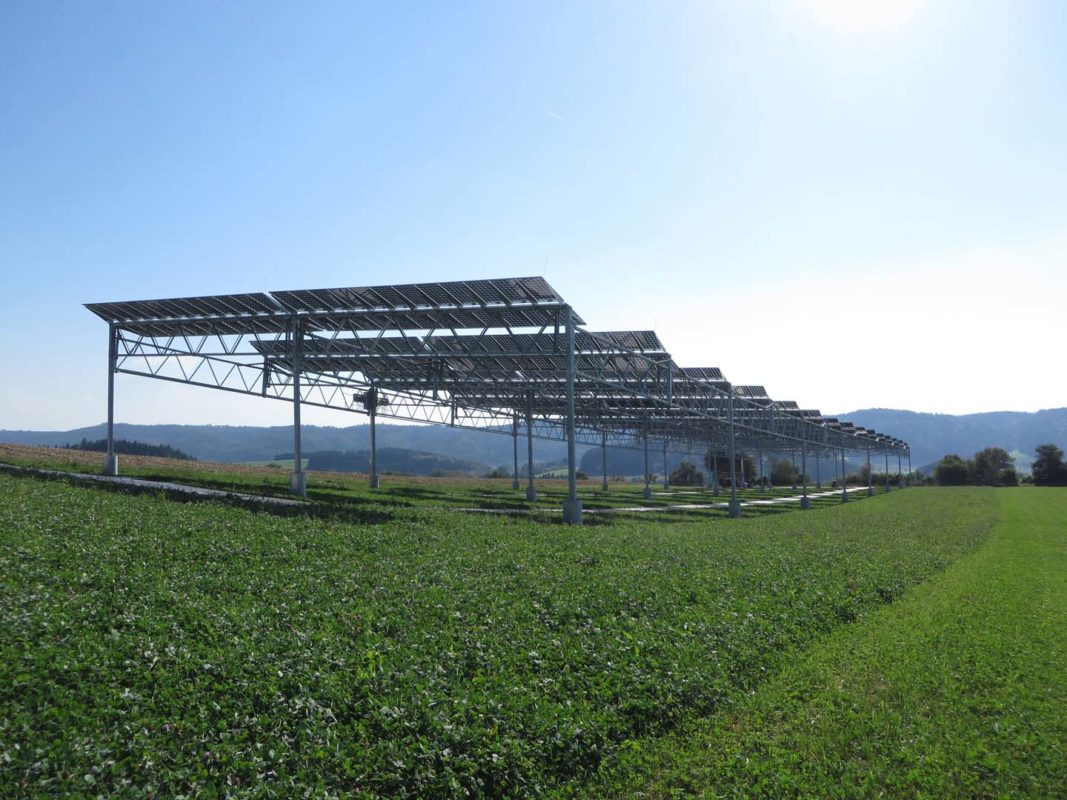 “The results from the first harvest were, for the most part, promising,” noted Prof. Petera Högy, agricultural expert at the University of Hohenheim. “The crop yield of clover grass under the PV array was only 5.3 percent less than the reference plot. The yield losses for potatoes, wheat and celeriac are between 18 to 19 percent and therefore somewhat higher.”

Importantly, the crops were of commercial form and could be harvested as normal.

The power production from the 194 kilowatts PV system was said to have matched well to the daily farm load, with 40% of the electricity produced on the farm used to charge the electric vehicles and process the harvested crops at the farm.

Fraunhofer ISE said that in the summer months, the load demand at the farm was almost completely met by the PV system. The surplus PV electricity has been fed into the Elektrizitätswerke Schönau, an electric utility company based on 100% renewable energy and a partner in the project. The research also suggests that optimising energy consumption at the farm further would raise self-consumption to around 70% of electricity generation.

Fraunhofer ISE also noted that the 720 bifacial solar modules produced 1266 kilowatt-hours of electricity per installed kilowatt, one third more than the average value of 950 kWh/kW in Germany. 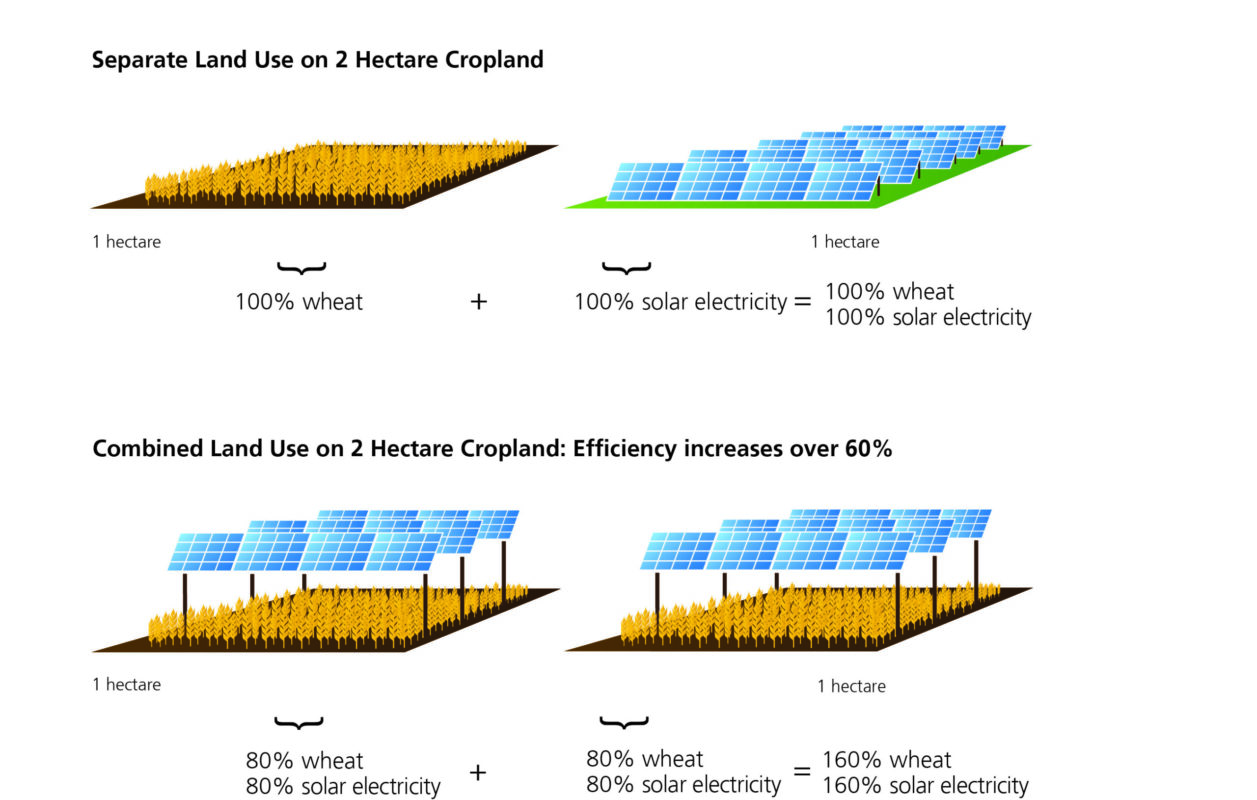 Prof. Hans-Martin Henning, Institute Director of Fraunhofer ISE said, “Agrophotovoltaics (APV) has the potential to open up new space that is urgently needed for the PV expansion in Germany. At the same time APV can mitigate the conflicting interests between agriculture and open space PV systems for viable land. Before market readiness, however, other sectors and differently sized systems still must be tested. Also, the technical integration must be further advanced, for example, the implementation of storage.” 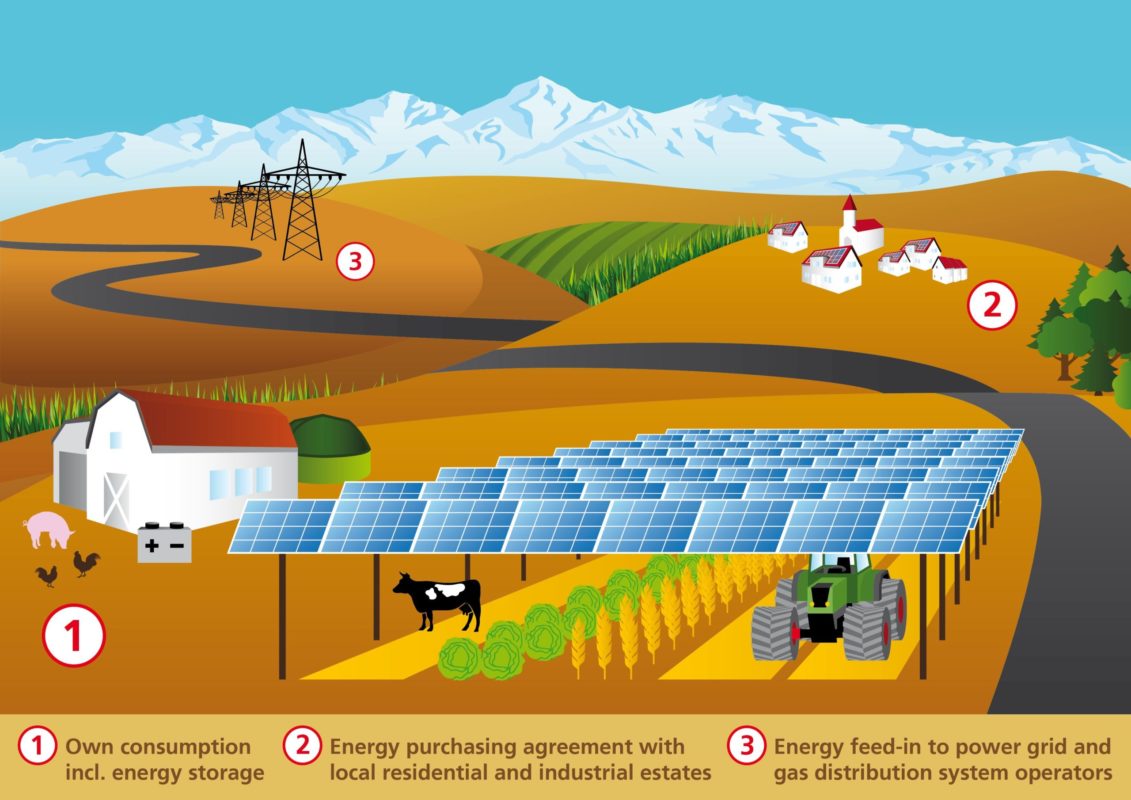 However, further investigations and testing is required before APV is commercially ready in Germany.

“In order to provide the necessary proof-of-concept before market entry, we need to compare further techno-economical applications of APV, demonstrate the transferability to other regional areas and also realize larger systems,” added Stephan Schindele, project manager of agrophotovoltaics at Fraunhofer ISE. “For example, different possible applications shall be explored in combination with fruit, berries, hops and wine crops and with the various technologies such as energy storage, special films with organic solar cells and solar PV water treatment systems. Besides investment from industry and research policy, appropriate political measures supporting the technology are of vital importance for a successful market entry.”

November 18, 2021
Investment company AtlasInvest has backed a new renewables development platform that is aiming to deliver 2.7GW of projects across Europe by the end of next year.