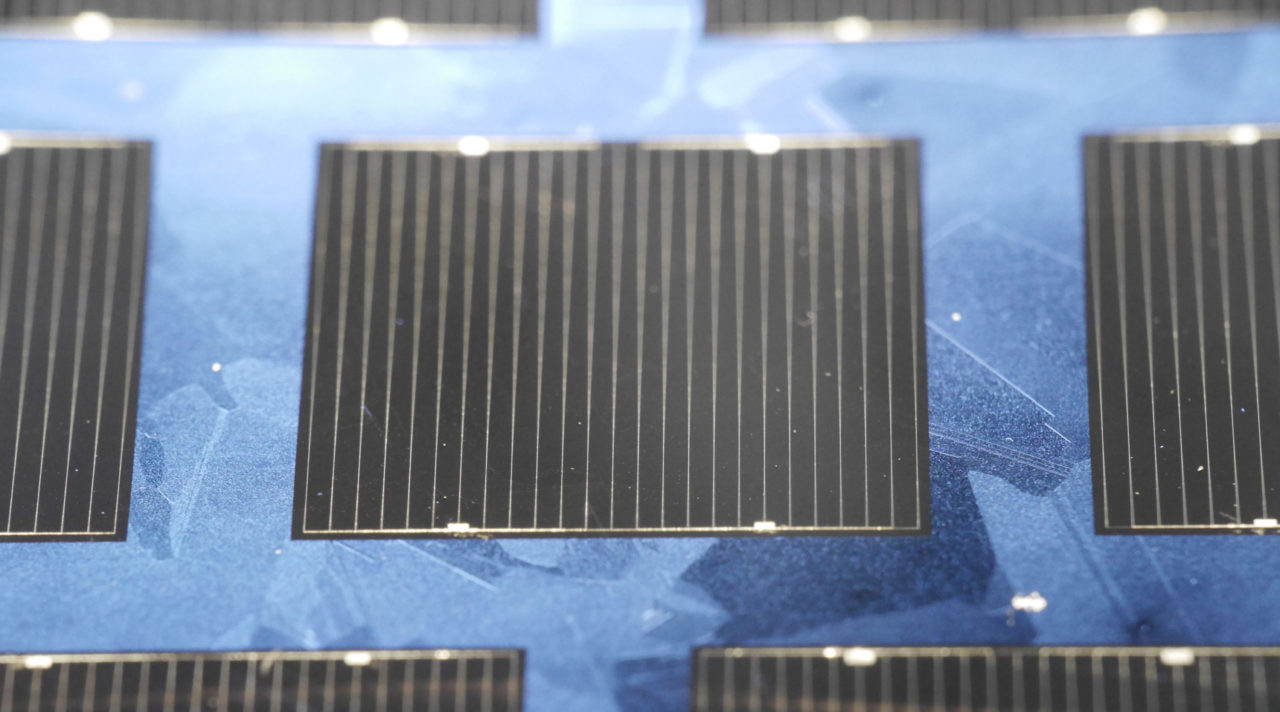 Fraunhofer ISE said the record 21.9% conversion efficiency was achieved by combining n-type high performance multicrystalline silicon, or HP mc-Si that shows a higher tolerance to impurities, especially iron, with its TOPCon technology that has metal contacts applied to the wafers rear side without patterning, which enables majority charge carriers to pass and prevents the minority carriers from recombining, boosting efficiency.

Dr. Stephan Riepe, Head of the Group, Silicon – Crystallization and Epitaxy said, “In our Silicon Material Technology Center [SIMTEC], we adjusted the crystallization process with the goal of creating a material optimized for the planned solar cell processing procedure. We worked closely and in constant exchange with our colleagues until we all achieved our common target of world record efficiency.”

Although PERC (Passivated Emitter Rear Contact) technology reduces recombination increasing conversion efficiency, it still requires additional patterning steps and leads to longer current conduction paths. However, the TOPCon technology is deployed as a full-area passivated back contact, without any patterning. The thickness of the intermediate passivation layer is only one or two nanometers thick, allowing the charge carriers to ‘tunnel’ through it, preventing recombination and limiting losses.

“The question is, how far can we get to closing the efficiency gap to monocrystalline material.”

Dr Benick heads the ‘multiTOP’ project, in which the record cell was achieved and the project is planned to continue to run up to March 2018.

A number of record and manufacturing milestone cell efficiency records for multicrystalline have been announced in recent months. Notably, ‘Silicon Module Super League’ (SMSL) member Trina Solar, which as set a record of 19.86% aperture efficiency for a P-type multicrystalline solar cell-based module, independently verified by Fraunhofer ISE CalLab in Germany. The record was set with half-cut cell interconnection, passivated emitter and rear contact (PERC) technology and highly efficient light trapping on a module area of 1.514m2.

At the manufacturing level, REC Group has claimed that a pre-production batch of multicrystalline solar cells at its manufacturing plant in Singapore achieved a best conversion efficiency of 20.47% measured by an in-house tester with an external calibration cell. The company noted that upgraded wafer to cell processes were responsible for achieving an average cell efficiency of 20.21%, with the best cell at 20.47%.

The process developments would be applied to REC’s production lines at the beginning of November, 2016, according to the company.