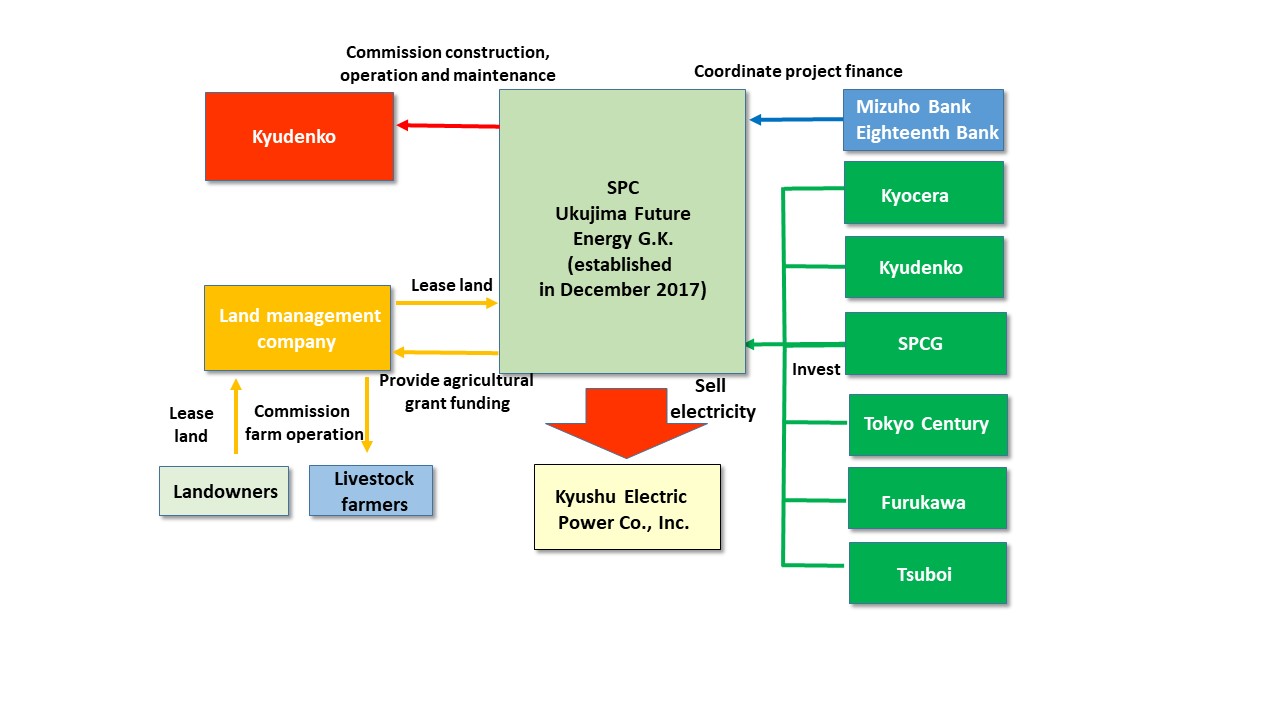 Plans for a colossal 480MW solar project in Japan have received a boost with the original three developers announcing another five participants.

Kyocera, Kyudenko, and Mizuho Bank had been jointly investigating the possibility of the project at on the island of Ukujima, at Sasebo City, Nagasaki Prefecture, since June 2014. They are now being joined by Tokyo Century, Furukawa Electric, Tsuboi, The Eighteenth Bank and Thailand’s leading PV developer SPCG.

Photovolt Development Partners GmbH (PVDP) started planning the project in April 2013, but it has now been agreed that the feed-in tariff (FiT) rights will be transferred from PVDP to the newly established special purpose company named ‘Ukujima Future Energy Holdings G.K.’

The Japanese project is expected to produce 515,000MWh of electricity annually. A 64-kilometre undersea cable will be constructed between Ukujima and the island of Kyushu, allowing the project’s power to be sold to the local utility company, Kyushu Electric Power.

Construction is due to start in FY2019.

The eight companies involved will now work with the Nagasaki prefectural government, the city of Sasebo and authorities in the community to investigate the most appropriate business model and ensure that environment protection is considered in the selection of sites and construction of the solar power systems.

Article revised to say the project will produced 515,000MWh of electricity annually.