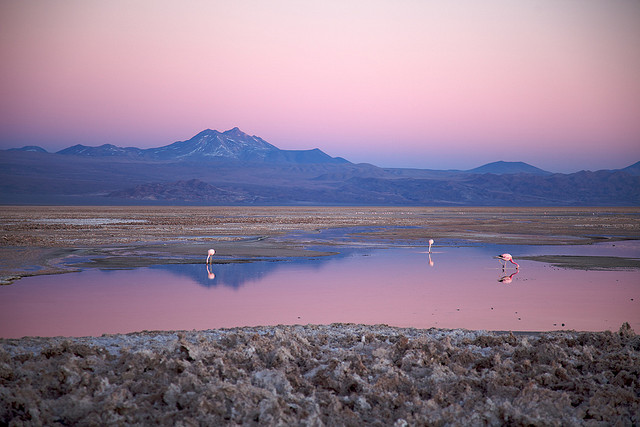 The latest report from the Climate Bonds Initiative, an investor-focused non-profit organisation, found that of the US$694 billion of climate bonds outstanding in 2016, energy accounted for 19% at US$130 billion, exemplifying a push in investment for renewable energy projects.

The overall US$694 is an increase of US$96 billion (16%) on last year’s figures. These bonds are being used to finance low-carbon and climate resilient infrastructure – a prevalent theme in today’s global energy economy.

This includes what are known as labelled green bonds, as well as bonds financing climate-aligned assets that do not carry a green label. The former are primarily issued by non-pureplay companies. The labelling of green bonds is therefore essential, according to the CBI, to divert fixed income investment towards climate change solutions.

As has been seen, practical work on the pledges made last year at the COP21 summit in Paris needs to be mobilised by investment; and will require a mix of public and private sector capital.

The report states that while the US$694 billion is an encouraging start, is nowhere near sufficient to remain within a 2ºC scenario. According to the International Energy Agency (IEA), cumulative investment of US$53 trillion is required by 2035 in the energy sector alone.

Transport is the largest theme for these bonds, accounting for 67% of the market, with energy being the next biggest segment at 19% and US$130 billion outstanding. The majority of labelled green bonds have been linked to renewable energy projects. In fact, CBI state that the green bond market first developed with renewable energy and energy efficiency projects, and they remain well understood in the investor community.

Solar specific bonds account for 18% of the overall issuance in 2016, with wind at 11% and hydropower utilising bonds for financing for decades.

According to the report, the solar sector is dominated by large pureplays such as SolarCity, Sunpower and Solarworld. The segment also consists of large project bonds issued for the Solar Star (US$1.3 billion) and Topaz Solar (US$1 billion) developments. SolarCity was the largest solar issuer and also a labelled green bond issuer.

Overall, 60% of energy bonds qualified at investment grade, with 32% of those falling into the A ratings category. The report also states that 36% of outstanding solar bonds and 60% of wind bonds have a tenor of 10 years or more.

China heads the top 10 countries for climate-aligned bonds with US$246 billion of total issuance, constituting 36%, closely followed by the US with US$136 billion and 16%. The majority of unlabelled issuance falls into the transport category and is led by China Railway Corporation with US$149 billion.

Burlington North Santa Fe, the parent company of the railway corporation of the same name, is the largest issuer from within the USA, making up 17% of the country’s issuance alone. While issuers in the energy market tend to be much smaller, there are more than 200 separate energy issuers making up a total of US$28 billion issuance.

40% of the entire water-themed bond sector is made up of US issuers, primarily municipal bonds which have been labelled as green bonds. USA-based issuers continue to drive the green labelled bond market, the USA being the largest single issuing country to date of labelled green bonds.

“Bridging the climate finance gap doesn’t require complex new investment models,” said Sean Kidney, CEO of Climate Bonds Initiative. “The re-alignment of bond market activity with climate change and low emission goals will deliver a stable long term source of green investment. This report shows that the large scale harnessing of bonds and other forms of debt based capital towards climate and carbon goals is within reach.

“Green bond based capital to fund infrastructure projects are now an established model. As countries look to turn their INDC commitments into climate plans the report shows that green and climate resilient transport, urban development, water and energy projects are already being financed by green bonds and can be scaled up. The biggest challenge now is for policy makers and investors to develop models that simply accelerate the flow of investment.”