Google to reach 100% renewables across global operations in 2017 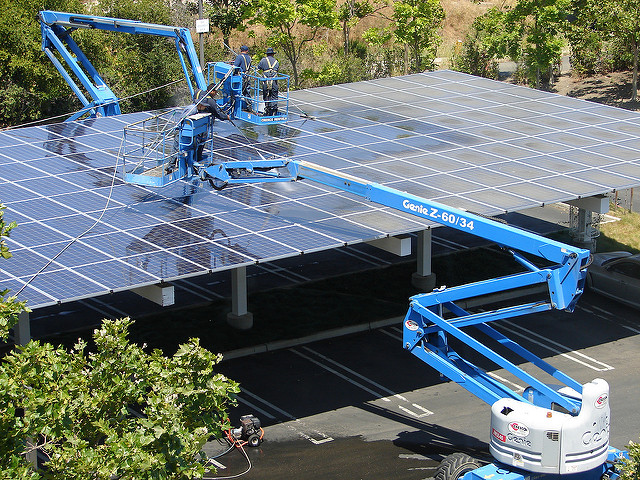 Google has announced that it will reach 100% renewable energy across its global operations including data centres and offices within 2017.

The firm requires vast amounts of energy to store all the data from all its search engines and the 400 hours of YouTube videos uploaded every minute.

Urs Holzle, senior vice president, technical infrastructure at Google, wrote in a blog that the tech company was one of the first corporations to create large-scale, long-term contracts to buy renewable energy directly to power its activities.

Having kicked off in 2010 by purchasing a 114MW wind farm in Iowa, Google is now by far the world’s largest corporate buyer of renewable power, with 20 commitments reaching 2.6GW of wind and solar energy. These will result in infrastructure investments of more than US$3.5 billion globally, of which two-thirds will be in the US.

Google has launched initiatives in various foreign markets including this year providing a seed grant to support expansion of renewable energy market infrastructure throughout Asia, starting in Taiwan.

Last year, the firm also entered in six new agreements totalling 842MW, which it claims is the largest aggregate purchase of renewable energy ever made by a non-utility.

The following Bloomberg New Energy Finance (BNEF) chart shows Google streaks ahead of other major corporates in this field: 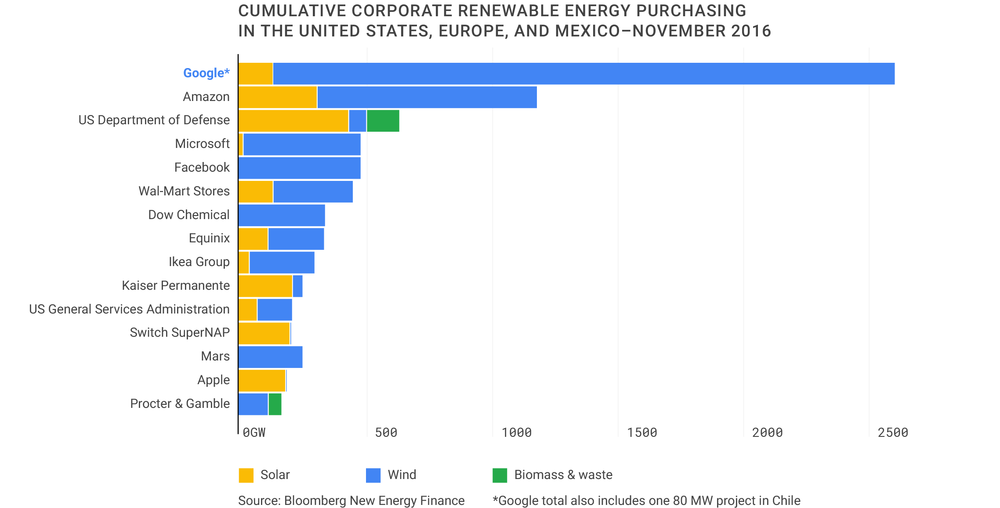 Holzle said renewables are increasingly becoming “the lowest cost option”, with the price of solar having come down 80% over the last six years.

He added: “Electricity costs are one of the largest components of our operating expenses at our data centres and having a long-term stable cost of renewable power provides protection against price swings in energy.”

Once the 100% renewables mark has been achieved, Google will then focus on technologies to facilitate renewables being able to provide power round the clock.

The company is also now reporting its carbon footprint and sustainability programmes in a new environmental report combined with environmental website.

4 October 2022
Solar & Storage Finance USA, the only event that connects developers to capital and capital to solar and storage projects, will be back in November 2022.
100% renewables, asia, big data, data centres, google, it, solar, us, usa