Leading PV module encapsulation and backsheet material supplier Hangzhou First Applied Materials Co, formerly First Photovoltaics (PV) was heading for a major collapse in its business profitability in 2017 but relocation compensation from a state land acquisition is expected to provide support to its profitability.

First Applied said in a financial filing that it expected to report a net profit increase of RMB 296 million (US$46.2 million) for 2017, which would be contributed by relocation compensation from a state land acquisition. The company did not provide guidance on full-year 2017 net profit.  Net profit was around US$127 million in 2016, a 63% decline year-on-year. 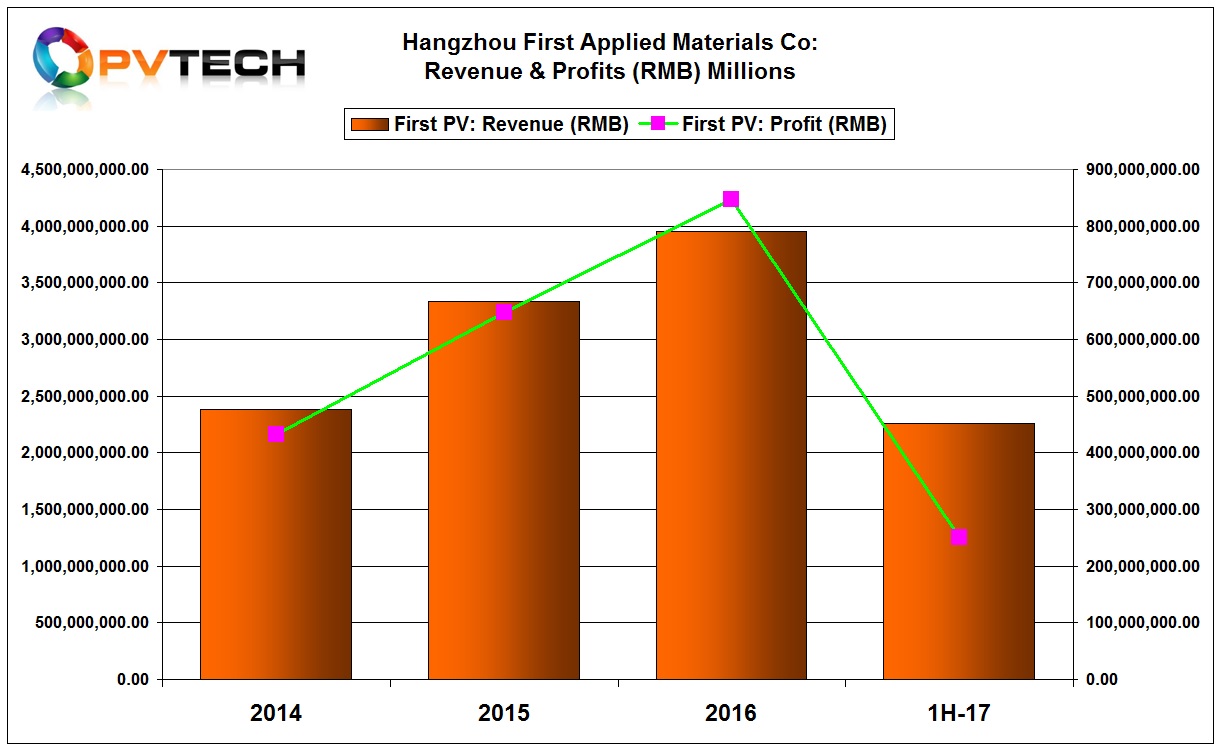