‘Silicon Module Super League’ (SMSL) member Hanwha Q CELLS has lowered full-year shipment guidance to 5,600MW to 5,800MW, compared to its initial guidance of 6,000MW to 6,200MW, which could be attributed to the impact of the US Section 201 trade case duties and the company’s refocus on the European market.

Hanwha Q CELLS reported first quarter 2018 revenue of US$443.0 million, in-line with guidance but lower than the US$636.2 million reported in the fourth quarter of 2017. 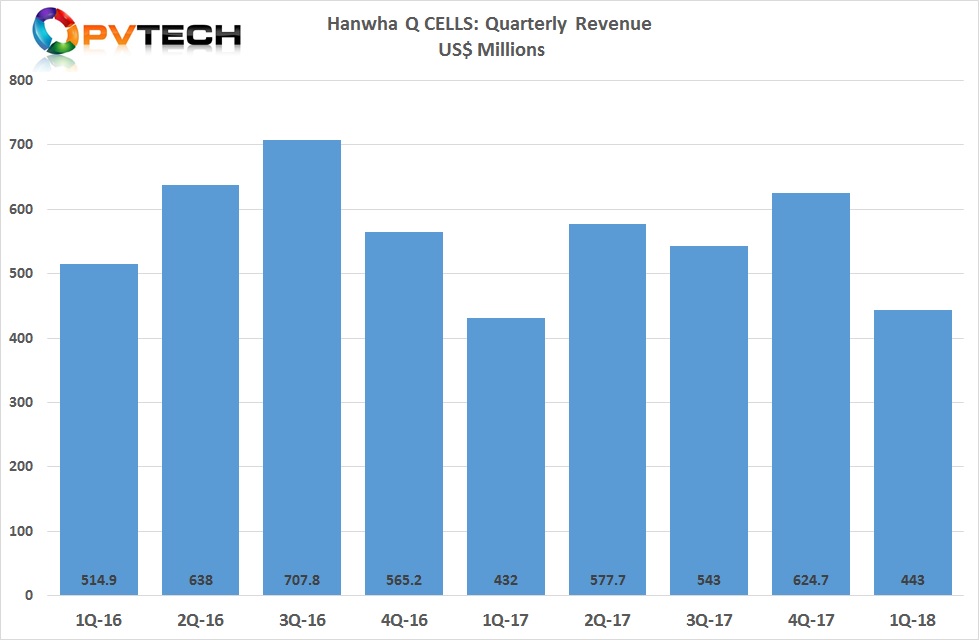 Seong Woo Nam, CEO of Hanwha Q CELLS noted, “Timely shift in the geographical mix of shipments, favorable raw material price movements” and the “shutting down unprofitable operations,” were behind the return to profitability.

Joo Yoon, Senior Vice President of Global Sales and Marketing added that Europe had effectively replaced the US as its number one market following the trade barriers placed in the US, although sales in you Europe would improve based on its roll-out of its half-cell mono PERC modules in the region.

Hanwha Q CELLS said that it expected revenue in the second quarter of 2018 to be in the range of US$490 to US$510 million.

The company may not be expanding in-house manufacturing capacity in 2018, yet its capital expenditures were guided to in around US$145 million through the year, due to technology upgrades and certain unspecified R&D related expenditures.