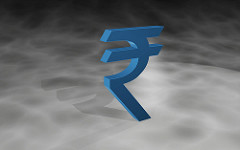 The five-year bond, which will be dual listed on both the LSE and Singapore Stock Exchange, has a coupon of 7.125% and becomes the first green Masala bond to be listed on LSE’s International Securities Market (ISM).

The green bond, the proceeds of which will be used to support renewable energy projects in India, was also certified by Climate Bonds Initiative (CBI), an international not-for-profit that provides transparent assurance frameworks for green bond investment.

In a release, CBI said that the IREDA deal achieved the tightest ever yield in a public masala issuance, having been oversubscribed at 1.74x across 49 accounts – the highest in the masala space this year.

The firm also said that investors are increasingly happy to accept the Indian rupee risk and therefore Masala bonds have been “lapped up”.

CBI also stated: “Indian green bond issuers have been amongst the pioneers of Climate Bond Certification and IREDA is maintaining this trend towards best practice in disclosure and transparency on use of proceeds.”

This is the fourth time an Indian organisation has issued a green bond on the LSE. Axis Bank and India’s largest utility NTPC raised US$500 million and US$300 million respectively in 2016. Meanwhile, in June this year, Rural Electrification Corporation (REC) raised US$450 million.

Anand Kumar, secretary of India’s Ministry of New and Renewable Energy (MNRE), said: “The IREDA Green Masala bond illustrates Government of India’s commitment towards fostering the renewable and sustainable energy sector. Renewable energy will increasingly become the dominant force in energy generation, as we strive for 'Electricity for All' and achieve our mandate of 175GW renewable energy capacity by 2022. With advancements in technology, and with price of solar and wind reducing, we are not only sure but confident that we will not only achieve the target, but exceed it.”

At the end of last week, the Press Trust of India reported that Indian developer Acme Solar had filed IPO papers with the Securities and Exchange Board of India (SEBI), becoming one of the first Indian solar firms to file for an IPO within India.