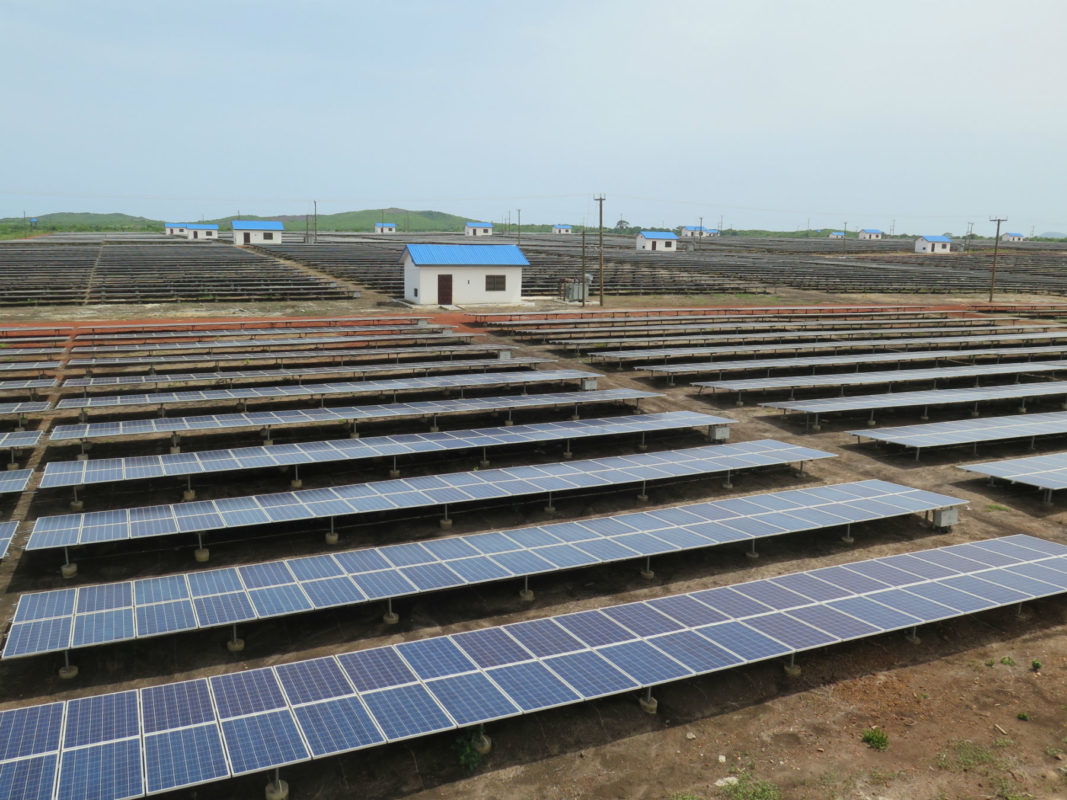 Church-goers brought the streets of Accra into silence on Sunday morning as we left the city and headed along the coastline in search of East and West Africa’s largest solar PV plant. Ghana suffers a severe energy deficit with only around 70% of the population having access to electricity, so it was welcome news that the project was connected to the grid at the end of last week. Until now, with the exception of South Africa, the progress of large-scale solar projects has consistently faltered across the Sub-Saharan African region.

PV Tech visited the new project, built by China-based power firm BXC Ghana, a subsidiary of Beijing Fuxing Xiao-Cheng Electronic Technology, just ahead of the Solar and Off-grid Renewables West Africa 2016 conference in Accra. At first glance, it was not just the size of the project that caught the eye, but also the setup of the overnight security tower. 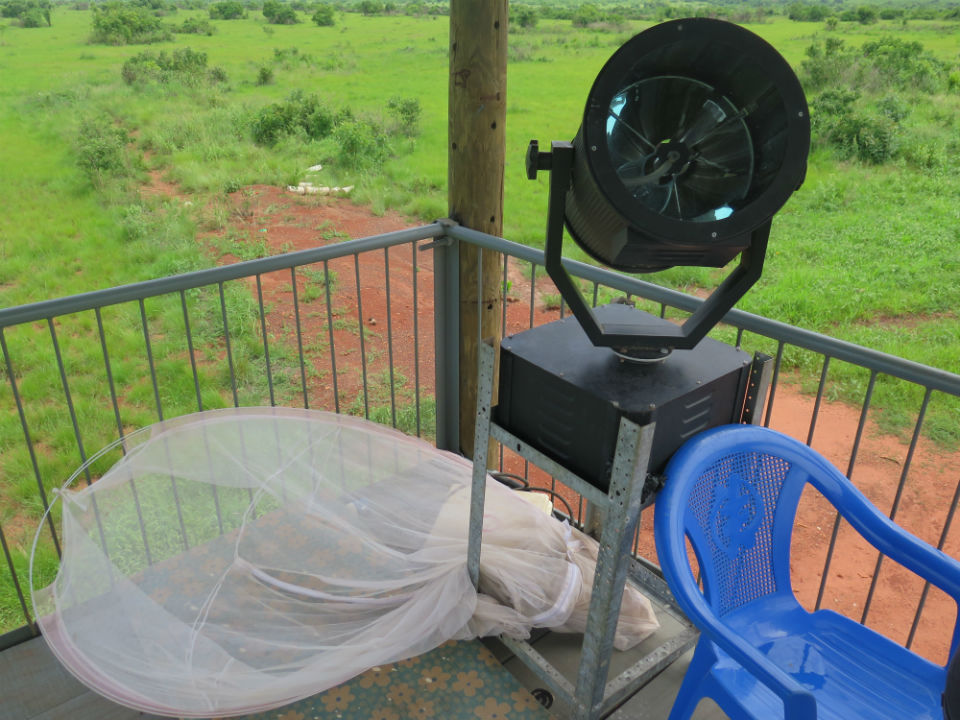 A simple mattress, a powerful searchlight and a meagre mosquito net would make for an interesting nights sleep out in the sticks. Luan Ye, site manager for BXC’s project, says there have been incidents of locals stealing the solar panels, with the latest occurrence resulting in the theft of 11 solar panels with a combined cost of US$2,000. As a result, the company has had to put up an electric fence around the perimeter instead of relying solely on the guard towers. 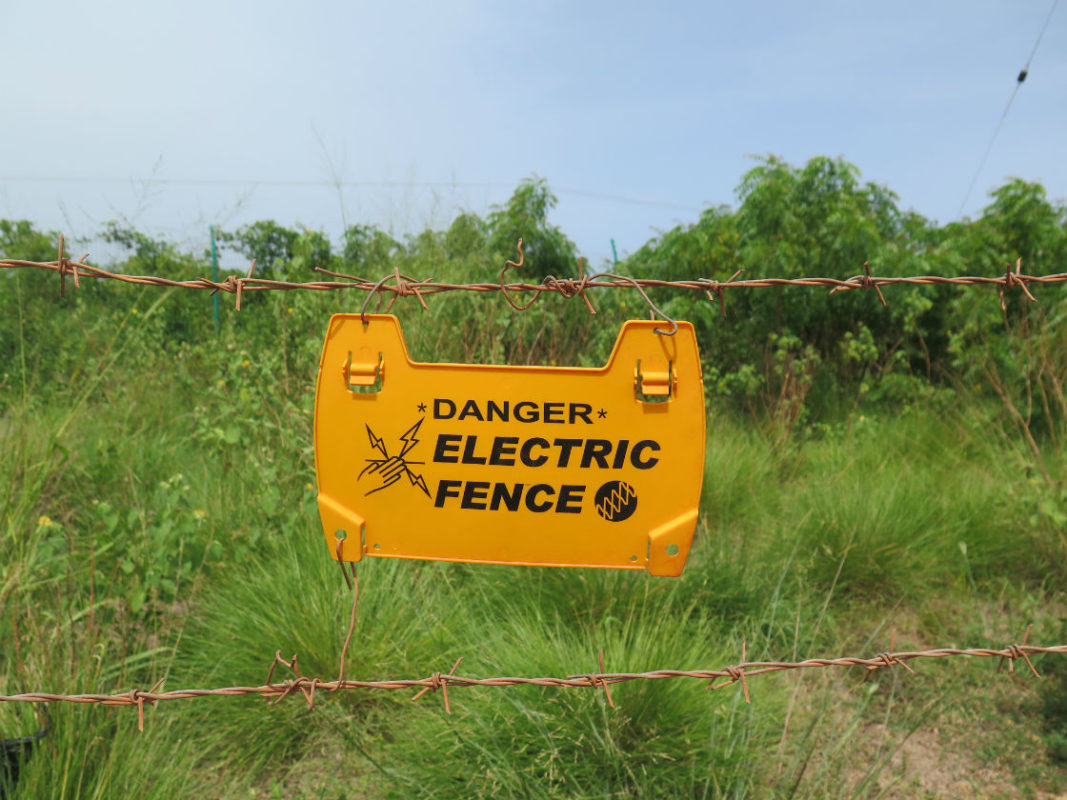 Ye says its a challenge to educate locals that there is higher demand for energy in Ghana than the country’s capacity can provide. In this way, the solar project does not just benefit BXC, but also aids the whole community.

Nevertheless, when solar panel snatchers are not prowling the site, it is usually snakes, rabbits and giant snails that invade the premises, according to daily reports from the local Ghanaian workers.

Ye says that nearby villages had negligible employment before BXC started implementing the project. The year-long construction phase created 100 jobs for both men and women, and 20 further full-time jobs were available to run and maintain the plant over the next 25 years. The Onyandze-based project is just a few kilometres away from the historic port fishing town of Winneba, but all electricity generated will go into the national grid run by the major utility Electricity Company of Ghana (ECG), rather than being directed to any particular part of the population.

The 20MW project, worth US$30 million, represents a significant step up from previous solar endeavours in the region, with the next biggest plants weighing in at 15MW for Masdar’s project in Mauritania followed by Gigawatt Global’s 8.5MW plant in Rwanda. Thus BXC's endeavour is a small but important step on the way to complementing the country's other major renewables project found at the Akosombo Dam hydropower plant, which has a huge installed capacity of 1.02GW.

Last year the government brought in restrictions that limit solar plants to 20MW capacity unless they include battery energy storage systems, but Ye says that batteries remain too expensive at present to implement. Therefore, despite having enough land to build 60MW of solar, BXC had to stick with 20MW to comply with the new rules.

As the plant is so close to the sea, the panels are heavily covered in salt in some places, which is proving very difficult to clean off when trying to keep the panels functioning with the highest efficiency. The salt can be seen congegrating in the corners of each of the lowest panels. 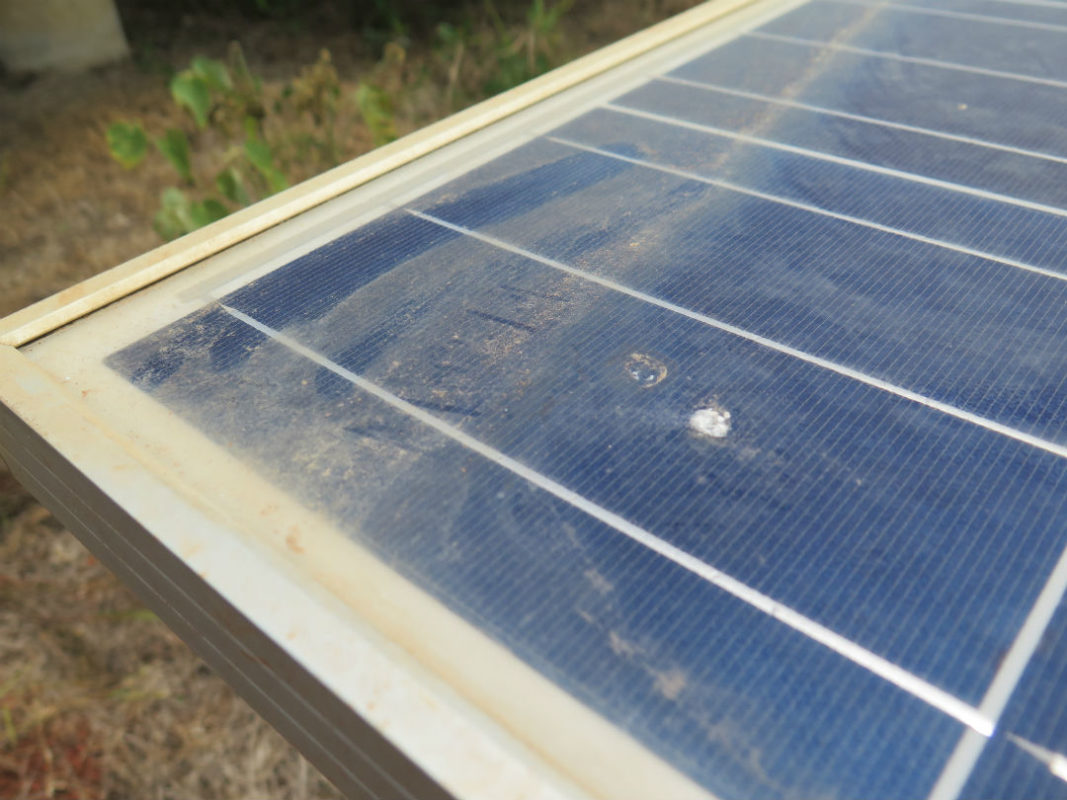 For a plant with such a large number of PV modules, it was worrying to see a single brush on site that appeared to be the sole maintenance device, but Ye says they use an automated cleaning device instead. 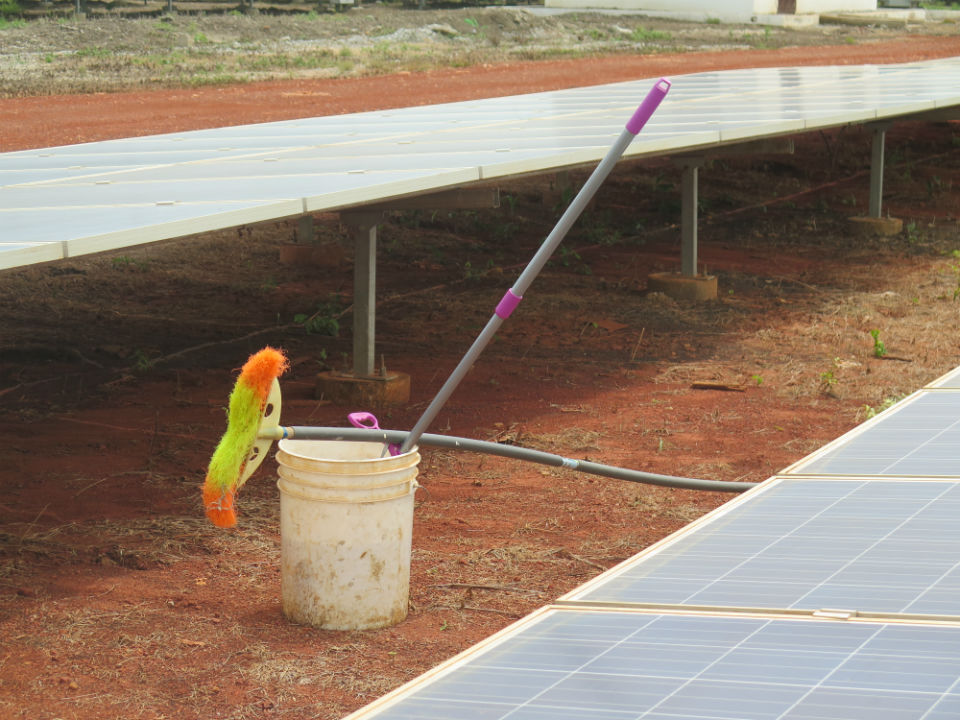 The land itself was very cheap and up for sale from a local, meanwhile the company had already been working on a major transmission line, which can be seen running along the roadside as you approach the plant, having taken three years to build. 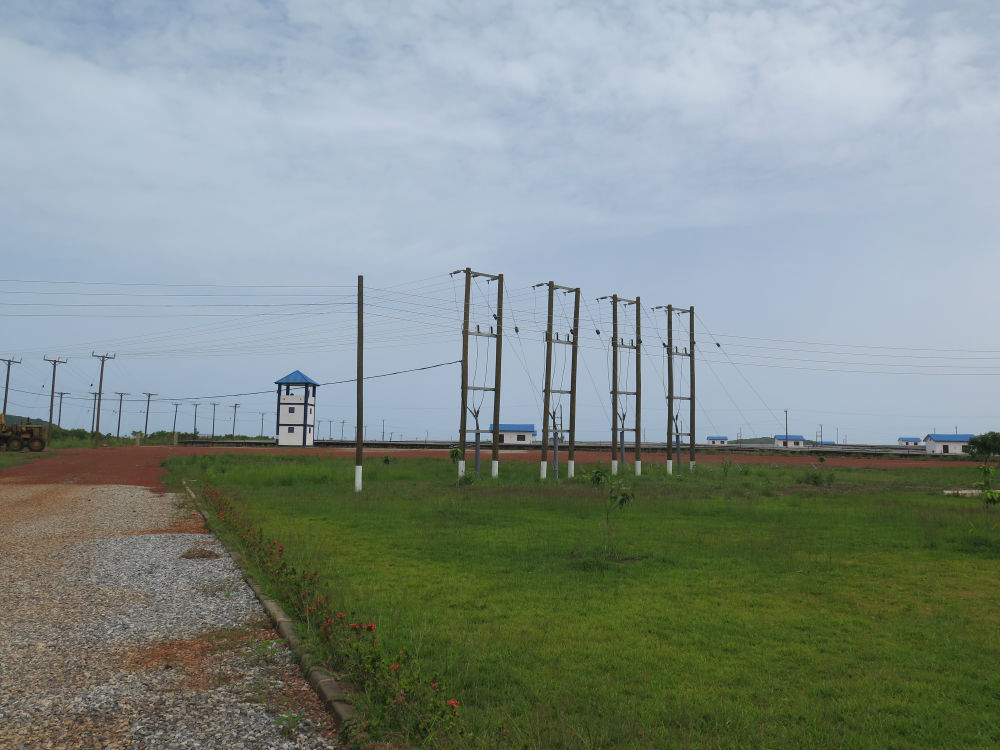 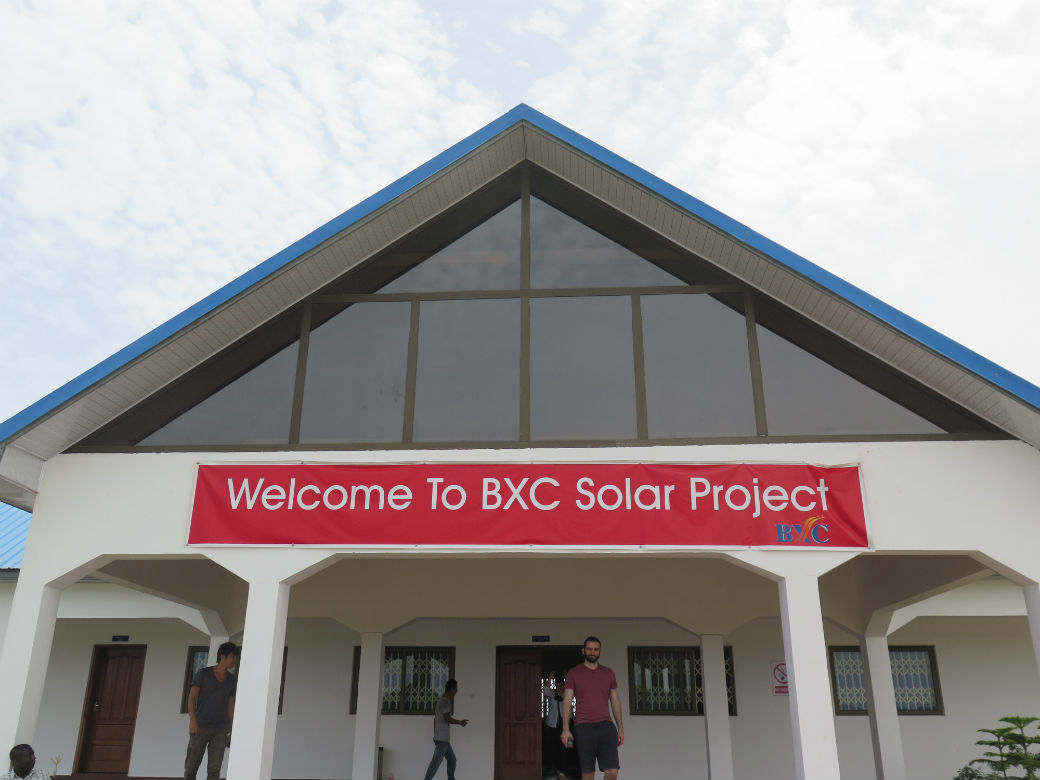 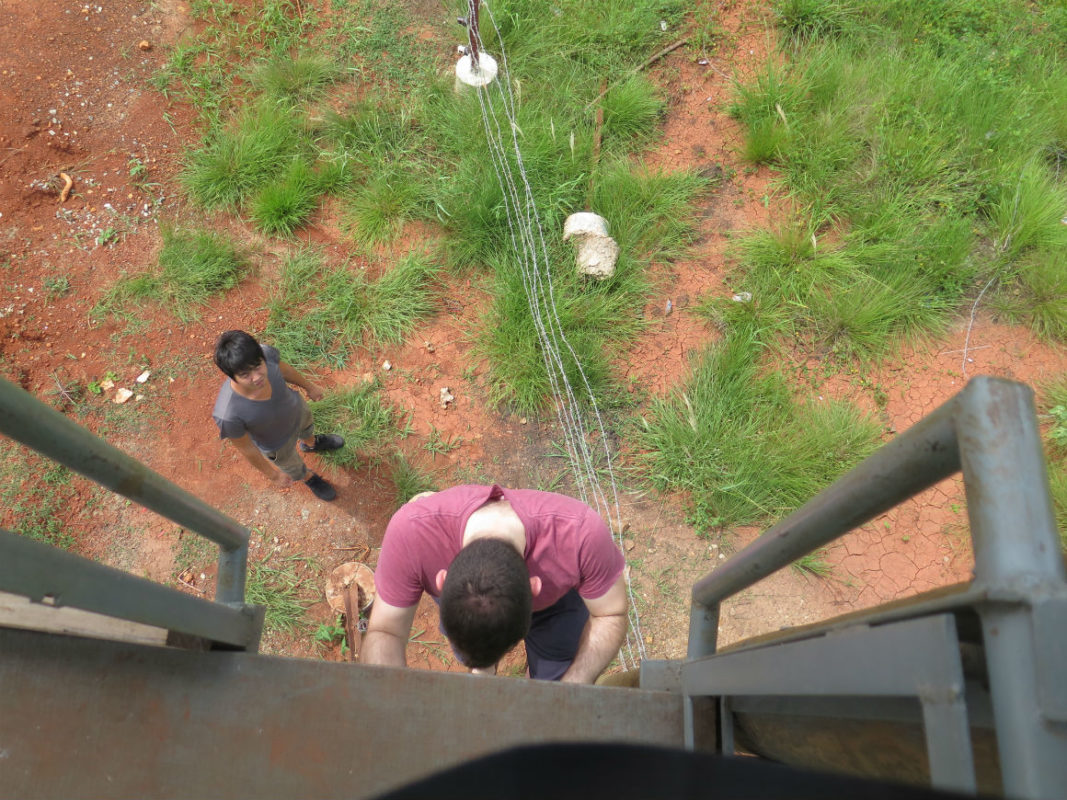 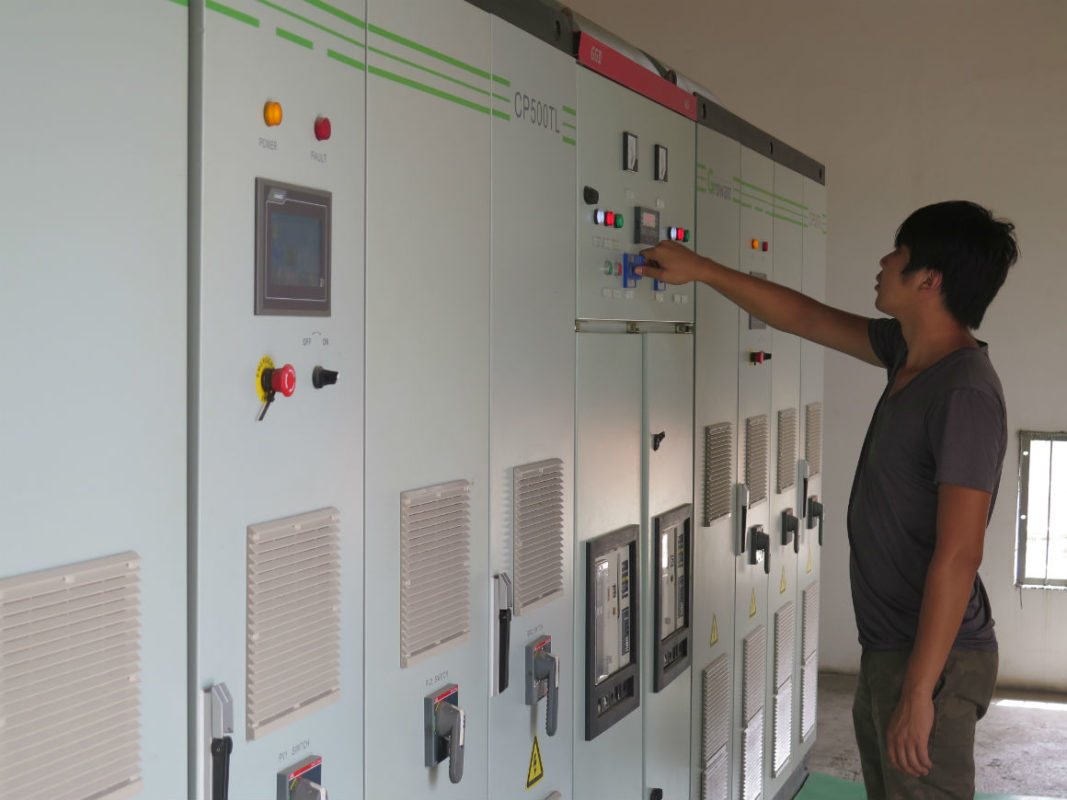 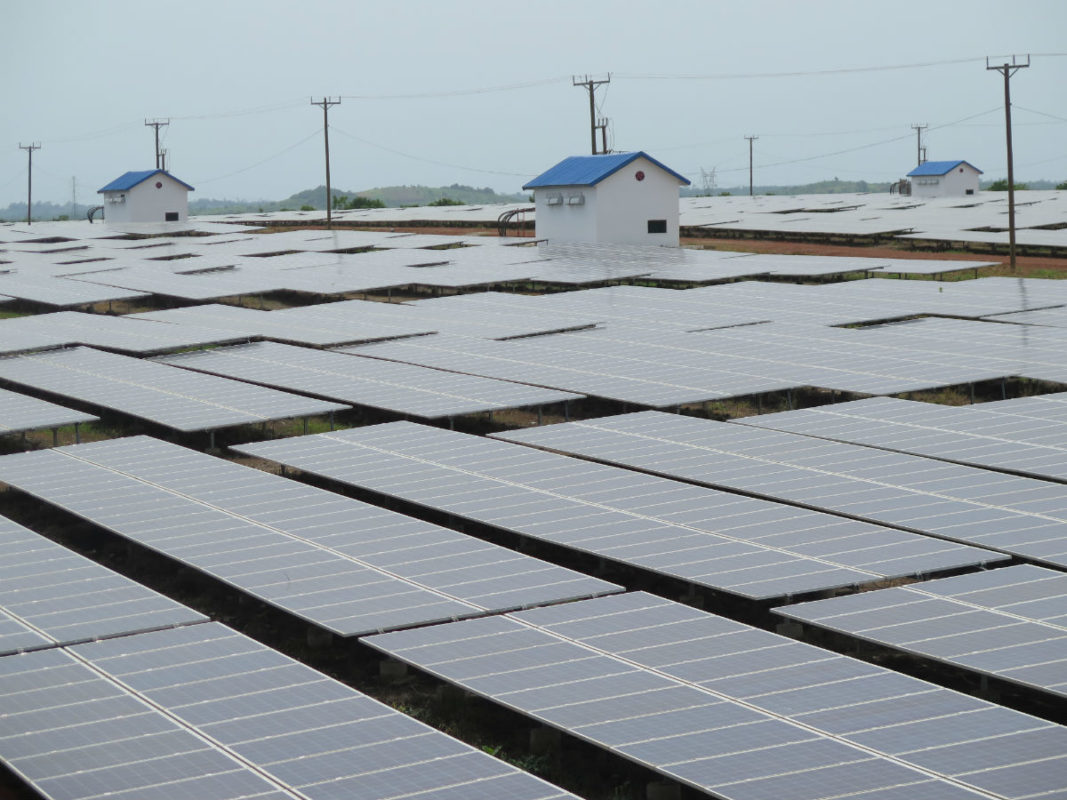 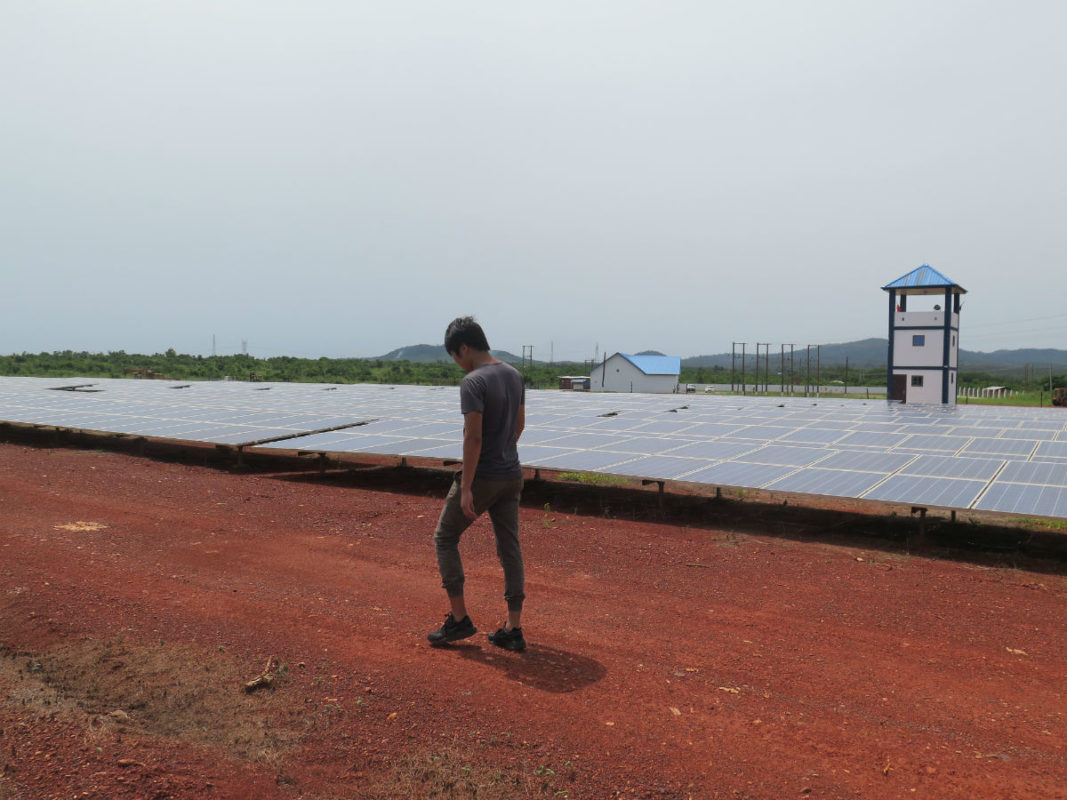 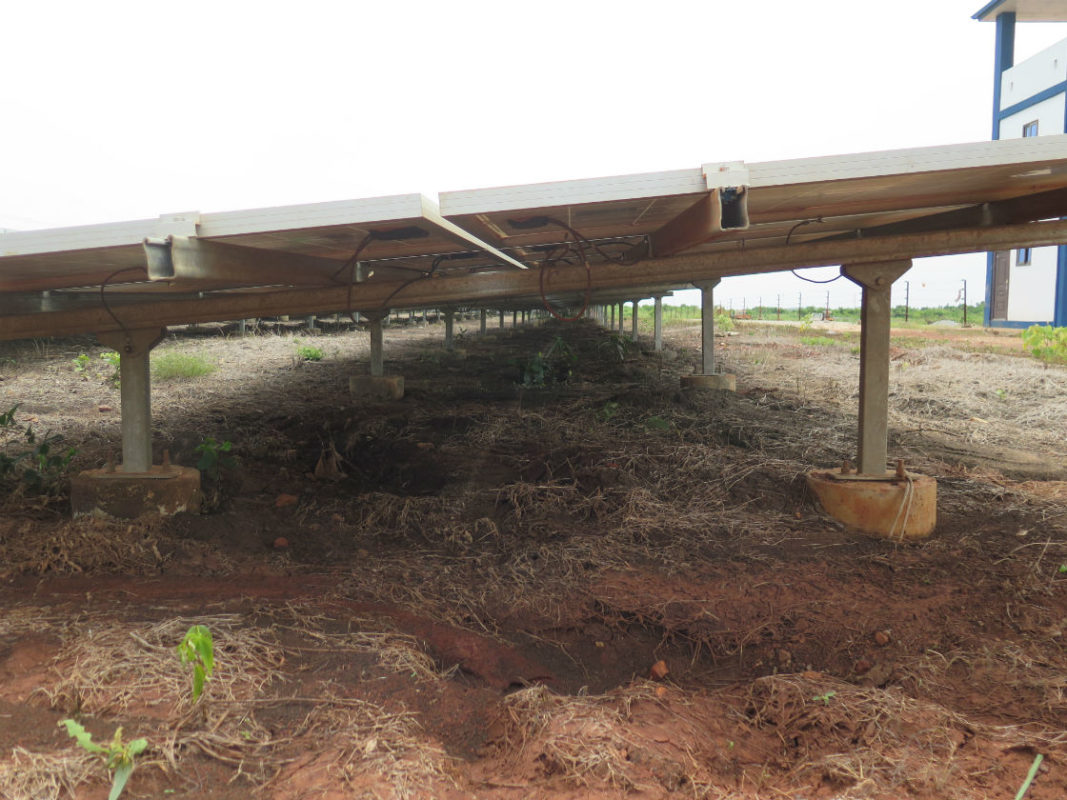 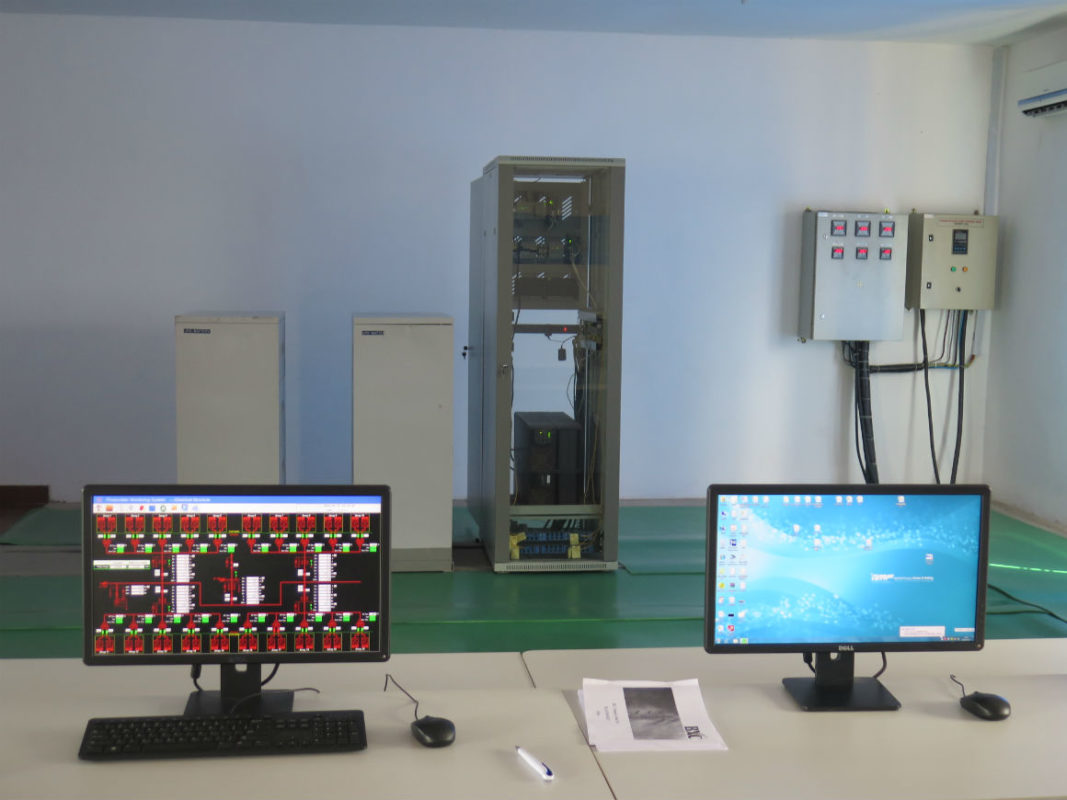 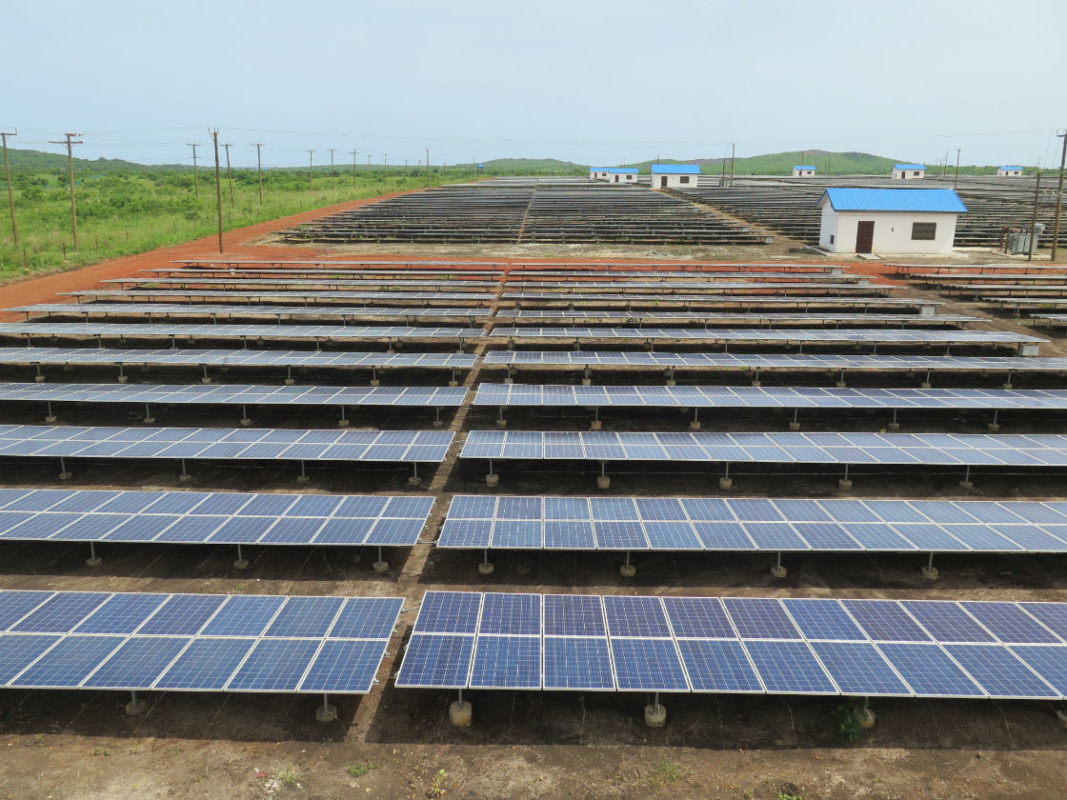