JinkoSolar sets module shipments guidance as high as 12GW for 2018

Leading ‘Silicon Module Super League’ (SMSL) member JinkoSolar has guided module shipments to be in the range of 11.5GW to 12GW for 2018, after reporting record 2017 shipments of 9.8GW.

Module shipments actually peaked in the second quarter of 2017, when China accounted for 51% of the 2,884MW total. 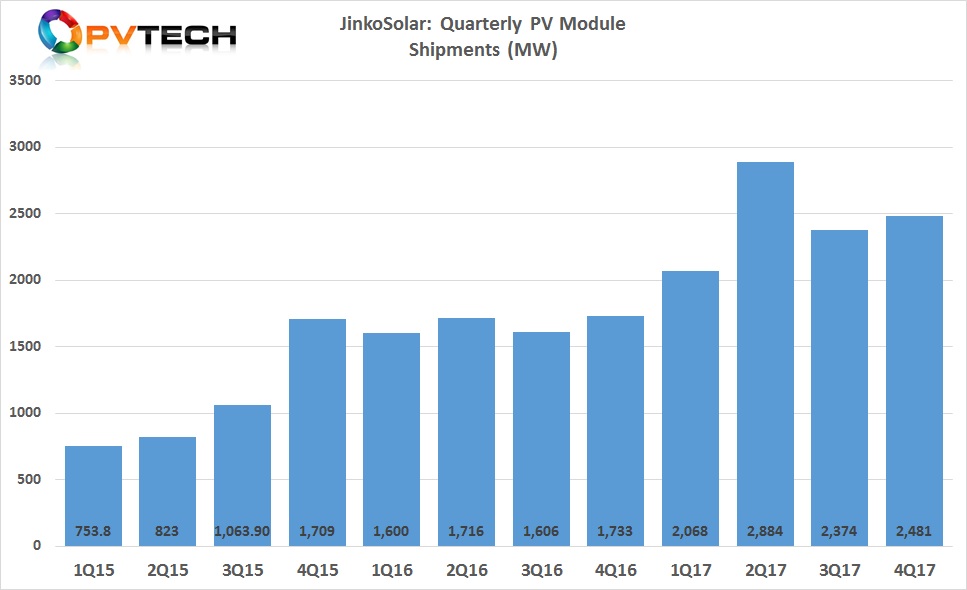 With module shipments guided to be in the range of 11.5GW to 12GW for 2018, JinkoSolar expects emerging markets to be behind the continued growth, when rival SMSL, Canadian Solar recently guided almost flat shipment growth for 2018.

Kangping Chen, JinkoSolar's Chief Executive Officer said, “Emerging markets are gradually becoming our biggest growth driver, with demand from Latin America and Australia generating substantial growth momentum and the Middle East and African markets expected to rise in the coming year. We will continue to allocate more resources towards these high-growth markets in order to further solidify the long-term sustainable development of JinkoSolar.” 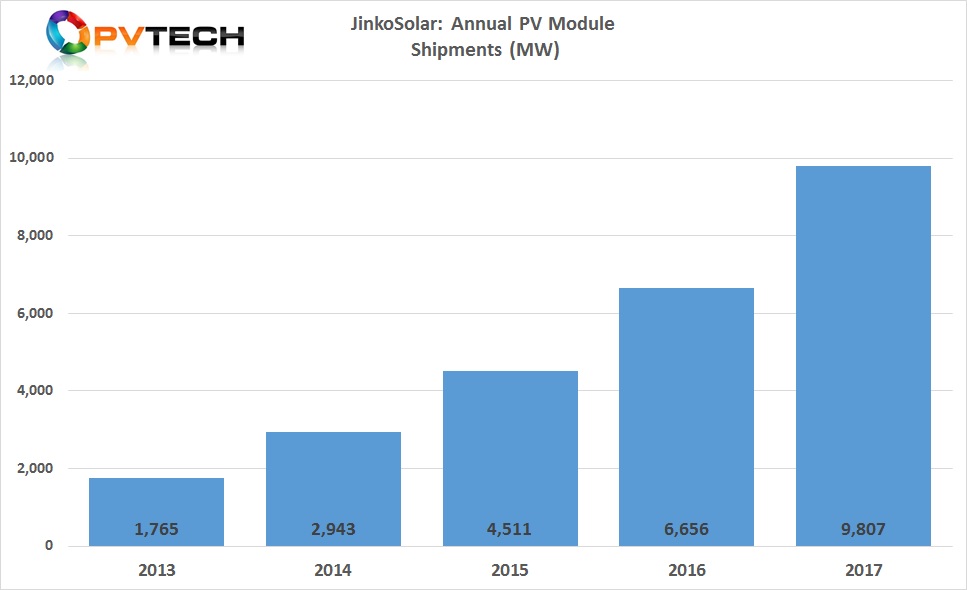