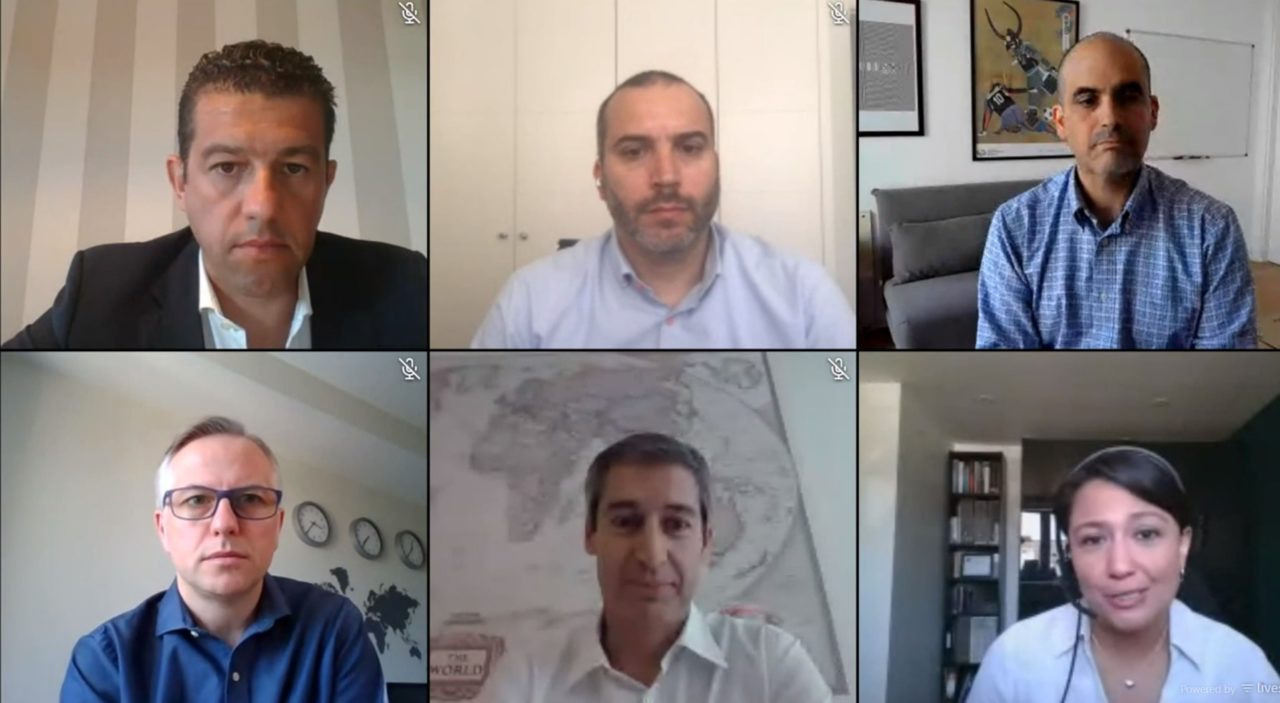 Financing has not been a major obstacle for Spanish and Portuguese solar firms grappling with the COVID-19 crisis despite the short-term hit from falling power prices, industry operators have said at Solar Media’s Large Scale Digital Summit.

From Ibox Energy’s board member Lamberto Camacho to Jones Lang LaSalle (JLL)’s senior director Tomás García, speakers at an online session on Tuesday morning coincided in reporting few challenges on the financing front despite the pandemic’s squeeze on economies in recent months.

“In terms of what’s been the least impacted [by COVID-19] I think surprisingly it’s been financing,” said Camacho, while García pointed out that the tightening of funding terms forced by tumbling power prices has put some solar operations on hold, but not all.

The solar financier view of Roger Font, Banco Sabadell’s global head for Project Finance, Asset and Specialised Lending, was similarly optimistic. Funding volume will pick up in Q2-Q4 after the predictable slowdown in Q1, he said, adding: “We have signed two merchant projects this year and expect to sign a couple more before August.”

Font acknowledged that the power price plunge has forced banks to adjust their own price curves, as well as the leveraged ratios they are happy to support. “But I don’t think it’s had such an impact that it changes the perceptions of sponsors to finance,” he added. “Banking continues to see renewables as a solid sector in the long term.”

COVID-19, or so analysts have told PV Tech in recent weeks, is set to put the brakes on Iberia’s PPA scene temporarily, while power prices recover. The pandemic’s shadow on deal negotiations was evident on the words of speaker Pablo Otín, CEO of developer Powertis.

“If the last two or three months we’d been very active, the last two weeks we’ve been very inactive,” Otín said. “We need to do price discovery as we don’t live in isolation – our PPA counterparties have bosses, they have explaining to do. If the transaction was not closed, they need some time for adjustment.”

For their part, JLL’s García noted that the downwards flight of PPA prices predates the pandemic – European curves were being squeezed pre-COVID by cheaper gas and other factors, he said – while Luis Gomes da Silva, head of renewables at Portuguese EPC Efacec, urged solar to get “creative” as it braces for new PPA negotiations.

“We have to work together with developers, starting early in the process to see how we’re going to optimise the project and reach the minimum capex to meet banks’ needs,” Gomes da Silva said. “I feel like we’ll be working together more creatively, in order to reach these levels of IRR that investors need – we’ll do it once again.”

Ibox Energy’s Camacho said the pandemic might open a window to defuse the “substantial bubble” he believes has loomed over solar in Spain, and Portugal too in some respects. Some players, he argued, have spent the past few years “artificially creating value” by holding onto assets in an environment such as Iberia, where the capacity to connect is constrained.

Fast forward to the post-COVID world, and investors who have “waited and seen” might witness an opportunity forming, Camacho said. “You’ll see lots of assets up for acquisition,” he predicted. “Some assets have been overvalued in the past few years – if you have a certain flattening of the speculative bubble, it is a good thing to clean that.”

The Large Scale Digital conversation turned to government auctions, and the stepstone they could become for Iberian solar to return to the momentum it was experiencing before COVID-19.

As with prior Solar Media events, the speaker consensus appeared to be that a new Spanish auction would be useful in restarting solar growth, provided that the country does not opt for design rules that facilitate the ultra-cheap solar tariffs seen in Portugal.

Sabadell’s Font said his personal views around a new Spanish auction were “mixed”, particularly if record-low tariffs become again the rule. “For me the key issue is that auction prices reflect the current market conditions and a realistic financial model,” he said. “Otherwise, if we get much lower prices than say a PPA, we could be distorting the market.”

Quizzed on this front, Ibox Energy’s Camacho said he was keen for the firm continue looking into the private market, and how to maximise value on that front. “There is a risk of consolidation with these auction prices we’ve seen in Portugal,” he said. “In Spain, there’s always the risk that the government gives and it takes away. We’ve seen that in Mexico this last couple of days.”

Large Scale Digital will continue to hold online debates this week on the solar opportunities and risks of the COVID-19 era. See here to watch this particular session in full and here for the event's broader agenda.

June 20, 2022
A Spanish court has ruled that Iberdrola must return part of the land on which its 500MWp Núñez de Balboa solar project has been constructed.